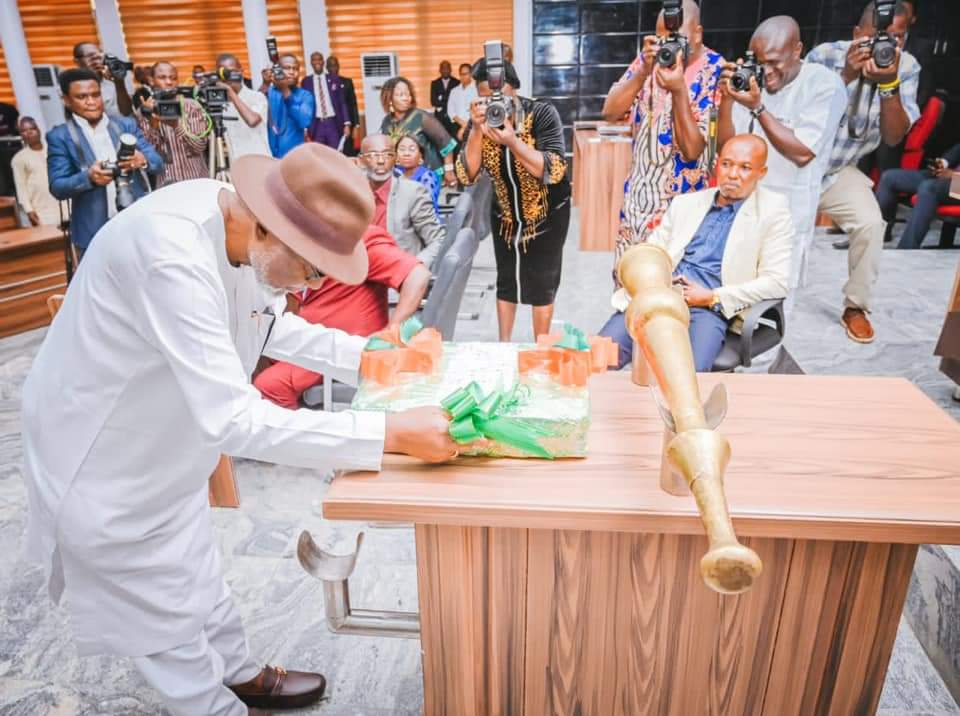 Ondo State Governor, Arakunrin Oluwarotimi Akeredolu, SAN, CON, has presented a budget proposal of N272.736 Billion for the 2023 fiscal year to the State House of Assembly.

Governor Akeredolu presented the budget tagged “Budget of Shared Prosperity” to the lawmakers on Monday during a plenary sitting presided over by the Speaker of the House, Bamidele Oleyelogun, at the newly renovated House of Assembly Complex, Igbatoro road, Akure, which was commissioned last week.

It will be recalled that the House of Assembly complex was renovated by Governor Akeredolu since it was built in 1979 by the late Pa Adekunle Ajasin-led administration. 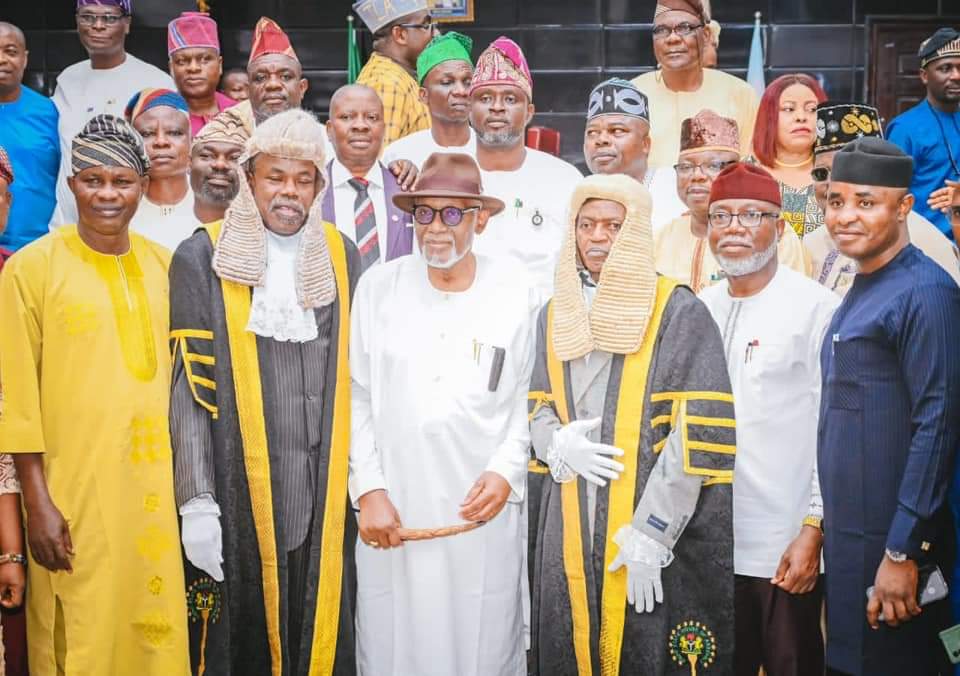 Arakunrin Akeredolu disclosed that the 2023 budget was prepared on the basis of the inputs garnered during the Town Hall meetings with various stakeholders across the state.

He noted that the bugged was tailored towards achieving the REDEEMED agenda of his administration which is also in tandem with the Sustainable Development Goals (SDGs).

According to the Governor, the projects and programmes carefully selected in the budget cut across critical areas of infrastructure and environment, education, health, social safety -net, security, industrialisation, among others.

Governor Akeredolu said with the resources available to the State Government, his administration has continued to pursue its developmental agenda in areas of priority. 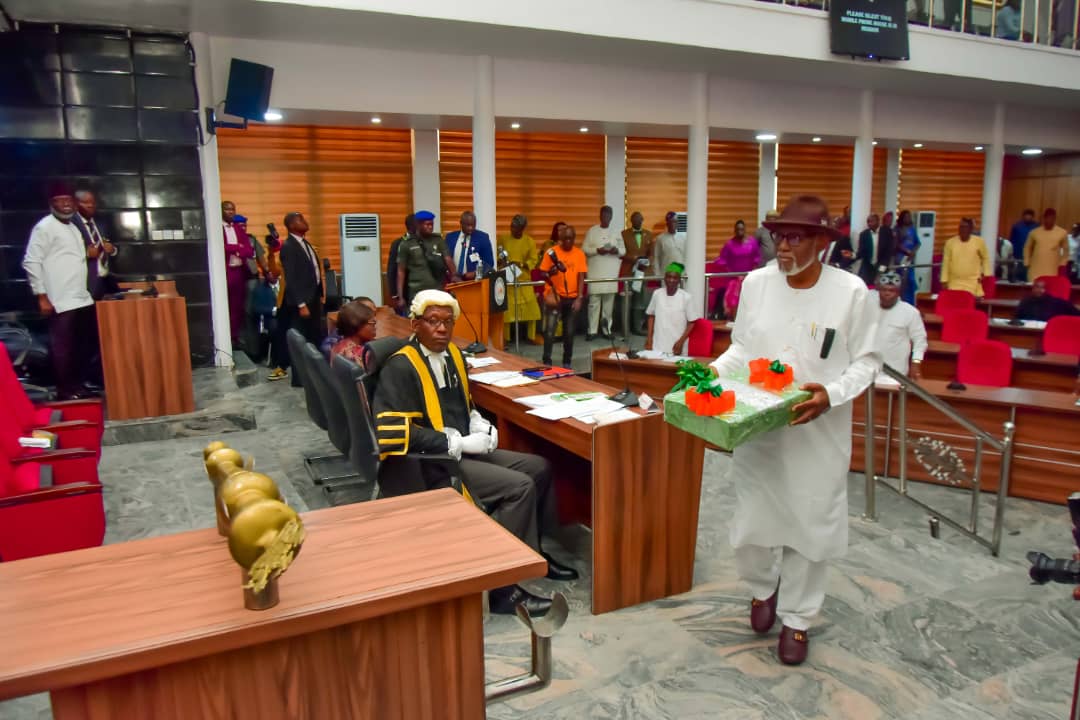 He added that government has been able to record modest achievements across board in various thematic areas of the REDEEMED agenda.

The Governor listed some of the achievements to include construction of more than 450km of roads across the state; construction of over 238 blocks of classrooms; provision of 16, 874 sets of pupil’s furniture and 3,394 Teacher’s furniture; strengthening of Amotekun and other security Agencies in the State through provision of operational vehicles and equipment; empowerment of over 9,068 Youths through ONDEA; rehabilitation of water supply schemes in Araromi Obu, Oke-Igbo, Oba-Akoko, Idoani, Okitipupa and Ilutitun.

Others are distribution of over One Million Cocoa seedlings to Cocoa farmers; Omotosho-EpeAjah 330KV D/C Transmission line and Osogbo-Benin 330KV D/C line; regular payment of salaries to State Workers; provision of free maternal health care (Abiyamo/Solayo Scheme) for over 40,000 pregnant women and children; and empowering of 48,761 under the ONDO-CARES Programme. 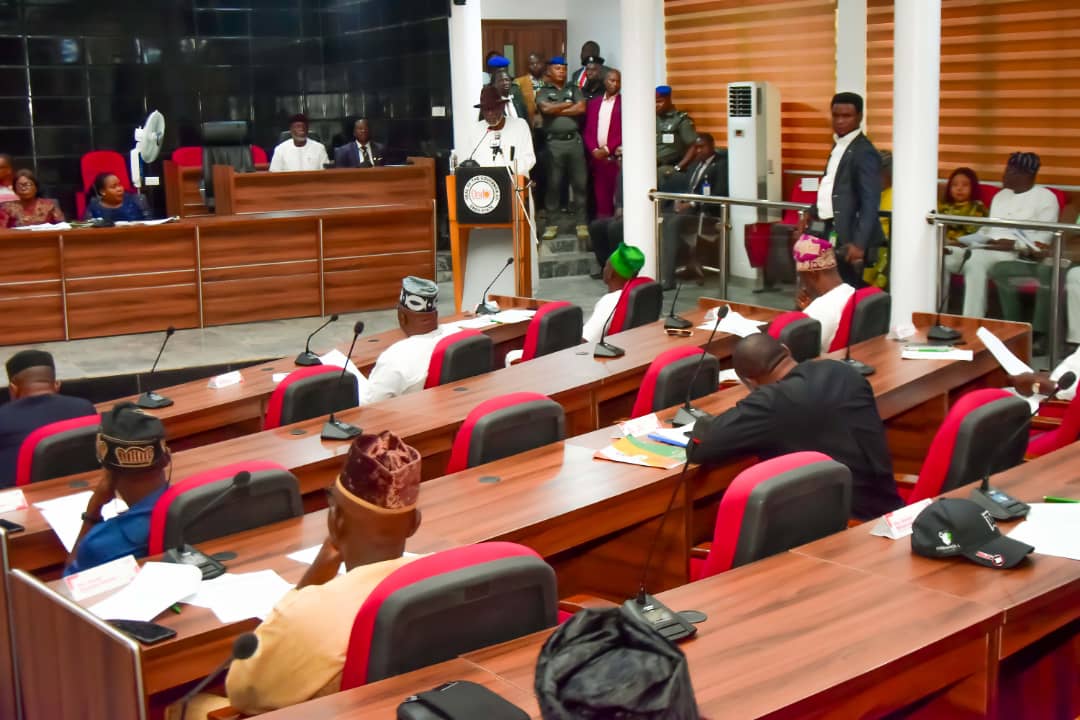 He commended the Speaker and other members of the House for their passion and timely effort in considering the 2023-2025 Medium Term Expenditure Framework (MTEF) and the Fiscal Strategy Paper (FSP) as well as the passage of the 2022 Revised Appropriation Bill in response to the exigencies of deepening security, infrastructural development and to cater for the vulnerable.

Governor Akeredolu equally thanked the people of the State for their unflinching belief, confidence, co-operation and support for his Administration.

The Governor informed the Lawmakers that in fulfilling the aims and objectives of the 2023 budget proposal, his administration will pursue policy stance that will entrench efficient spending, curb waste, engender inclusivity, and enable excellent service delivery.

Notwithstanding the present climate of uncertainty, we are steadfast in our resolve to put the economy on the sustainable path to realize its full growth potential. By the grace of the Almighty God, we shall leave no stone unturned as we continue to build a strong, vibrant and resilient economy, powered by good governance and people-centered programmes.

Present at the budget presentation are the Deputy Governor, Hon. Lucky Aiyedatiwa; members of the State Executive Council led by the Secretary to the State Government, Princess Oladunni Odu; state chairman of the APC, Engr. Ade Adetimehin, and several other top government functionaries.

In his speech, the Speaker of the House, Bamidele Oleyelogun, affirmed that the presentation is in tandem with the provision of the Constitution of the Federal Republic or Nigeria 1999 (as Amended).

He noted that the content of every budget, no doubt, has great impact on the life of everybody in the society.

It is a reflection on the journey so far in our conscious effort to collectively work for the upliftment of the welfare of our people in terms of ensuring that developmental projects cut across all segments of the State and are people oriented.

As an arm of government, it is another opportunity to examine the fundamental linkages between our past, as a people, present concerns as well as the vision, hopes and aspirations for the future of our State.

I want to specially appreciate Mr. Governor for the total overhauling, renovation and commissioning of our Legislative Chamber equipped with the State of the earth materials and gadgets. The ninth (9th) Assembly is particularly proud of you and we are assuring you of our unalloyed loyalty, commitment and dedication to work.

The Speaker specially commended the Governor for the undiluted attention his administration accorded to every sector of the economy In the
State.

He stressed that it is generally acknowledged that the people have indeed witnessed rapid infrastructural development within the last few years, even in the face of very limited resources.