Lee Jong Suk just recently wrapped up his latest project “Big Mouth” alongside Girls’ Generation’s YoonA. The series did very well ratings wise until the very last episode, which is really no surprise when it comes to any project that Lee Jong Suk takes on. There are more than enough dramas that he has been in that have all been solid watches. Here are nine of those K-dramas.

This body swapping series stars Hyun Bin as Kim Joo Won, a CEO of a department store, and Ha Ji Won as Gil Ra Im, a poor stunt woman. The two meet by chance through Oska (played by Yoon Sang Hyun), who is Joo Won’s pop idol cousin. The two leads are from totally different worlds, but somehow end up falling crazy in love with each other.

Lee Jong Suk’s role in this series is a smaller one, but it’s very memorable. He played the singer-songwriter Han Tae Sun, who Oska is desperately trying to track down. Their interactions are hilarious at times, but Tae Sun is also a complex character despite being a minor one. He made quite the impression playing the brooding and rigid piano player who had some personal issues which stopped him from using his skills to his full advantage. Shortly after this series aired, Lee Jong Suk’s career took off, and the rest is history. 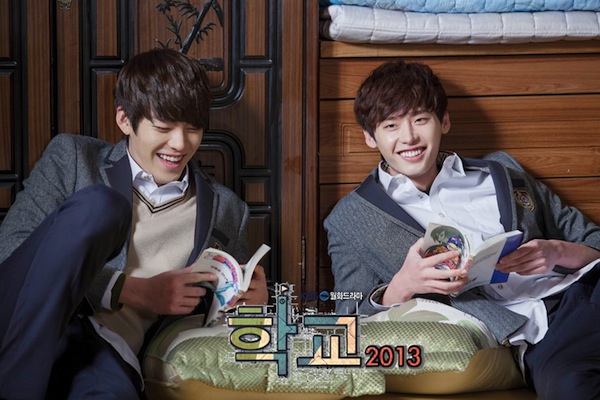 Go Nam Soon (Lee Jong Suk) and Park Heung Soo (Kim Woo Bin) are two teenage boys who have to go through the wrath of high school drama. They deal with the stress of getting good grades, bullying, maintaining a good reputation, and the peer pressure of falling into the bad crowd. Nam Soon is elected class president but finds himself dealing with a lot of stress from particular students in the school.

Early on in Lee Jong Suk’s career, he played brooding young male characters very well, which is probably why he was cast in “School 2013” as the moody Go Nam Soon. Through the character of Nam Soon and his bromance with Kim Woo Bin, Lee Jong Suk was able to draw viewers into a world of relatable adolescence and angst. The story is intriguing and was able to provide insight into the Korean education system that many international fans were not aware of. 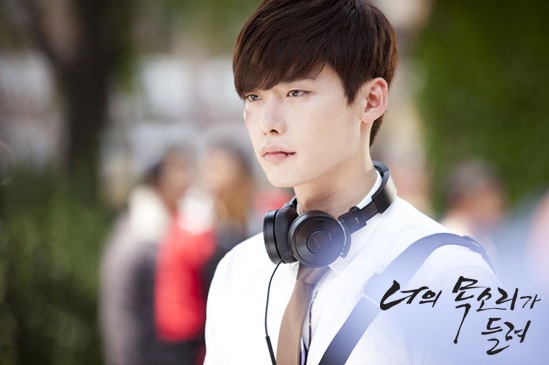 “I Hear Your Voice” stars Lee Jong Suk as Park Soo Ha and Lee Bo Young as Hye Sung. Soo Ha has the special gift of being able to read other people’s minds, which he gets after seeing his father murdered when he was younger. He tries to track down Hye Sung, who was a key witness in putting away the murderer. He eventually finds her many years later and discovers that she is a lawyer.

“I Hear Your Voice” is a delightful and adorable romantic comedy that is definitely one of Lee Jong Suk’s best works. His ability to portray a character who can read the thoughts of others could have come off as being cheesy, but Park Soo Ha is so charming and lovable. His chemistry with Lee Bo Young is also perfection despite their age gap. This was the start of a string of romantic roles that the world would come to know and love.

SEE “I Hear Your Voice” here: 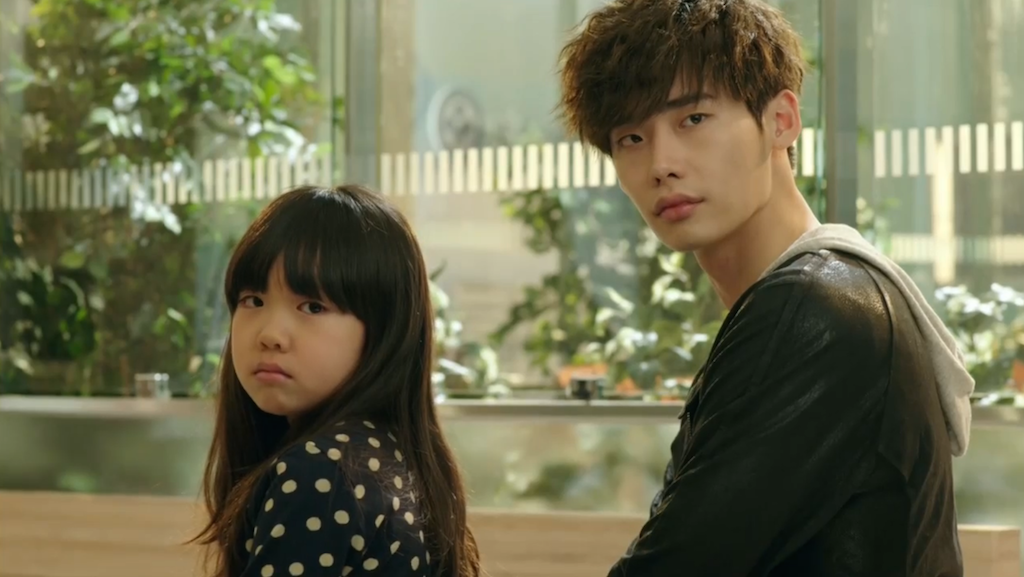 Park Hoon (Lee Jong Suk) was trained to become a doctor in North Korea and is a genius at it. He runs away to South Korea and tries to make money in order to bring the woman he loves to where he is.

“Doctor Stranger” was a project that won over the hearts of many. Park Hoon is a strong character who has a very sentimental love story that tugged at the heartstrings of viewers. Not only is his character incredibly intelligent, but he is also sweet and has a soft spot. His character development drove the intriguing storyline, and it had you on the edge of your seats while yearning for a happy end for the character. 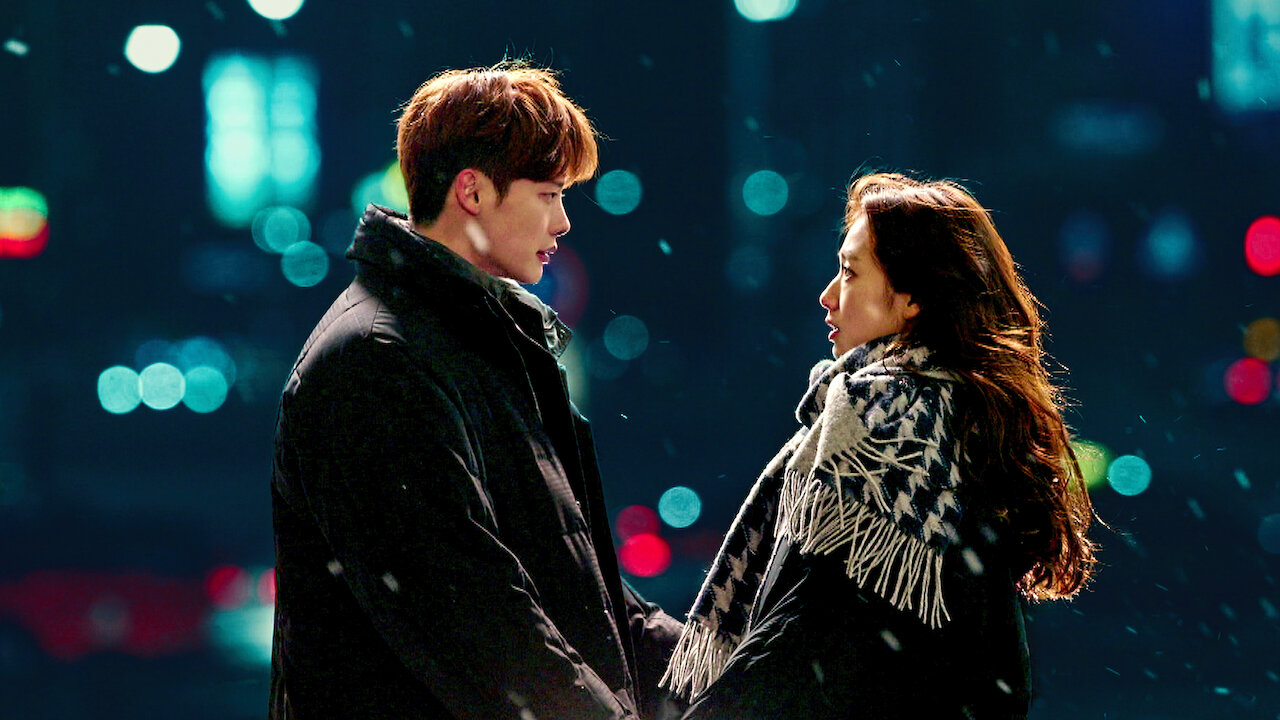 Choi Dal Po (Lee Jong Suk) and Choi In Ha (Park Shin Hye) are two aspiring reporters who are working hard to achieve their goals. Dal Po’s intentions of becoming a reporter are more for revenge, as the death of his mother was broadcast on national television by a malevolent journalist. As for In Ha, she has to figure out how to become a journalist without letting her “Pinocchio Syndrome” (inability to lie) affect her. Dal Po and In Ha have known each other since they were children, and Dal Po has always had feelings for In Ha.

Infamous for that quirky bread kiss scene, “Pinocchio” is a series that cannot be left off this list. With his endearing chemistry with Park Shin Hye, the two were able to provide a romance that carried much of the series. The buildup of their history and flirting between the two kept viewers anticipating their eventual relationship. Also, we can’t fail to mention that astounding makeover and transformation that Choi Dal Po goes through a few episodes into the series! 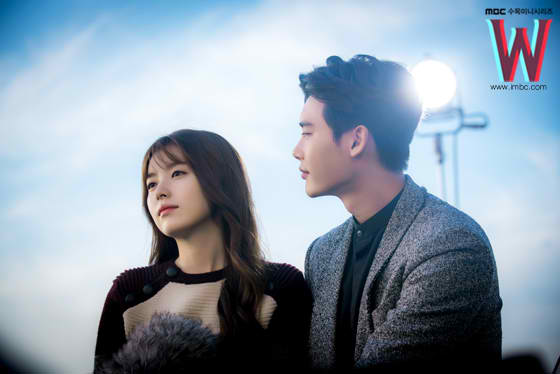 Oh Yeon Joo (Han Hyo Joo) has created the ideal guy of her dreams, but he doesn’t exist in real life. He only exists in a comic book world that her dad helps to create. When a supernatural force brings her into Kang Chul’s (Lee Jong Suk) world, they fall in love with each other, but when she is forced back into the real world, he can’t follow her. The two must figure out how to be with each other even though they are worlds apart.

“W” has a bit of everything, which is probably why it’s such a memorable and great series. With the elements of fantasy, romance, and thrill, “W” kept viewers emotionally engaged with the story. The driving force is wanting to see if Kang Chul and Oh Yeon Joo end up together, and how, despite being from different worlds, they will make it work. It’s an emotional story that unfolds perfectly from the start.

7. “While You Were Sleeping” 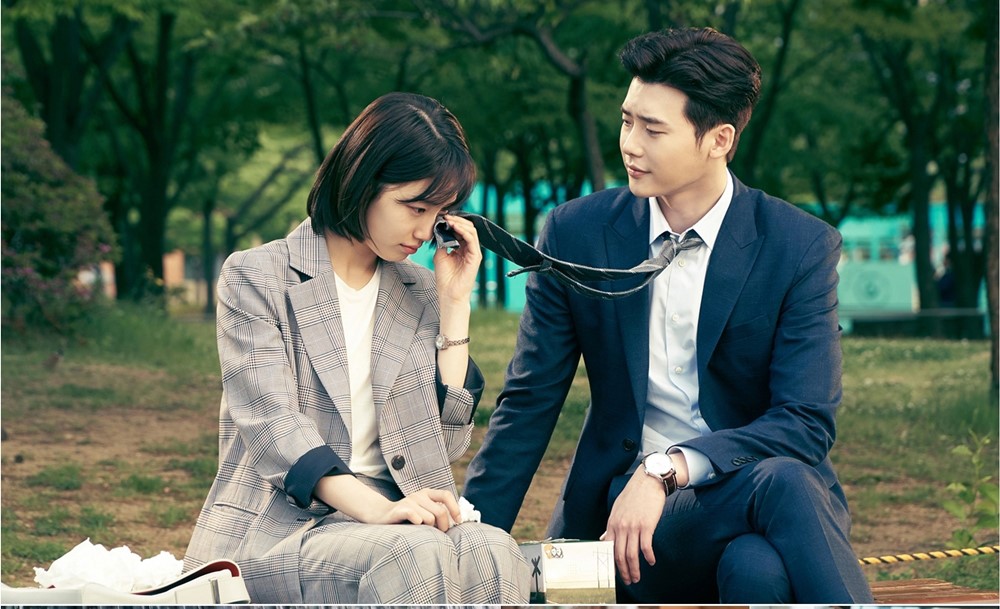 “While You Were Sleeping” involves Nam Hong Joo (Suzy), who can see the deaths of others in her dreams. She has tried desperately to prevent them but has failed numerous times. It is a curse that she is unable to get rid of.

The chemistry between Hong Joo and Jae Chan (Lee Jong Suk) is the highlight of the series. Seeing how jealous Jae Chan gets and how hard he falls hard for Hong Joo was most memorable, not to mention seeing Jung Hae In getting in the middle of their budding romance. Jae Chan supporting Hong Joo and helping her overcome her fears of being a bad jinx to the people she loves is an epic love story and one that will remain in many hearts!

SEE “While You Were Sleeping” here: 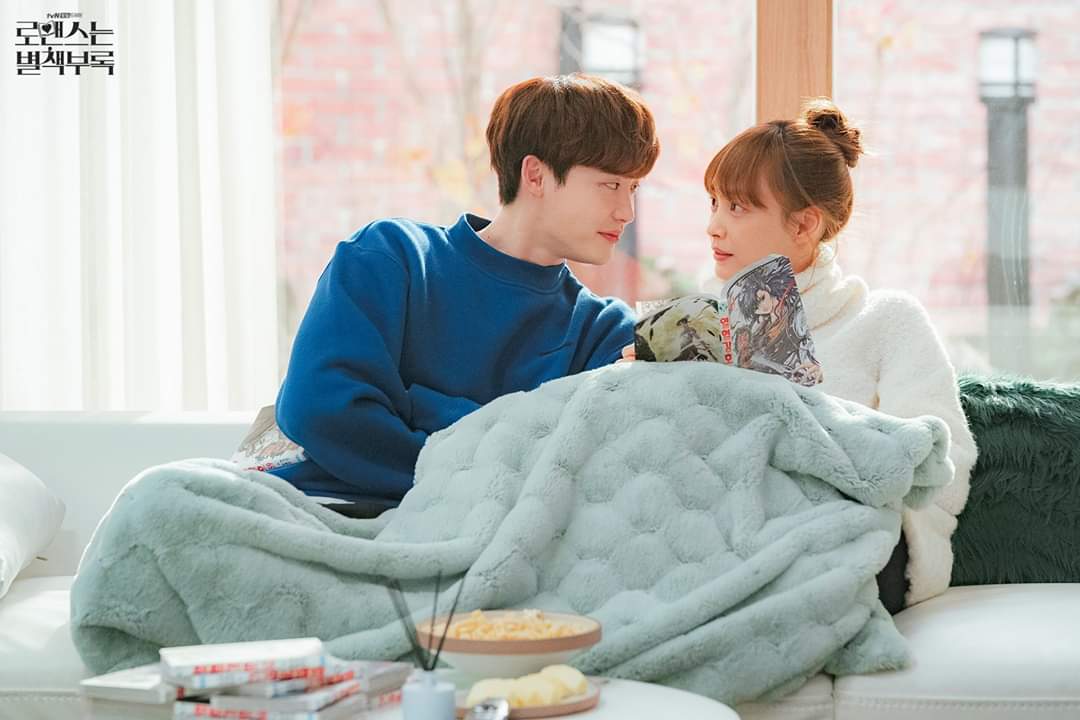 A more recent drama, “Romance is a Bonus Book” stars Lee Jong Suk as Cha Eun Ho, a writer and editor of a publishing company, and Lee Na Young as Kang Dan Yi, a mother who is trying to get back into the workforce. The two meet when they are children, and in a twist of events, become best friends. Fast forward to when they’re adults, Dan Yi gets a divorce and has to find a job in order to support her daughter. She turns to Eun Ho to help her, and Dan Yi ends up getting a job at the same company as Eun Ho.

“Romance is a Bonus Book” is like a warm cup of coffee on a cold winter’s day. It provides a blanket of warmth and comfort that not many K-dramas offer to their viewers. You get healing from the story of Dan Yi, watching her go from hitting rock bottom to achieving her dreams. Not to mention, she also forms a relationship with Eun Ho, who happens to be head-over-heels in love with her! They’re a sweet duo, and they even made headlines as Lee Jong Suk had mentioned that Lee Na Young is his ideal type – too cute! 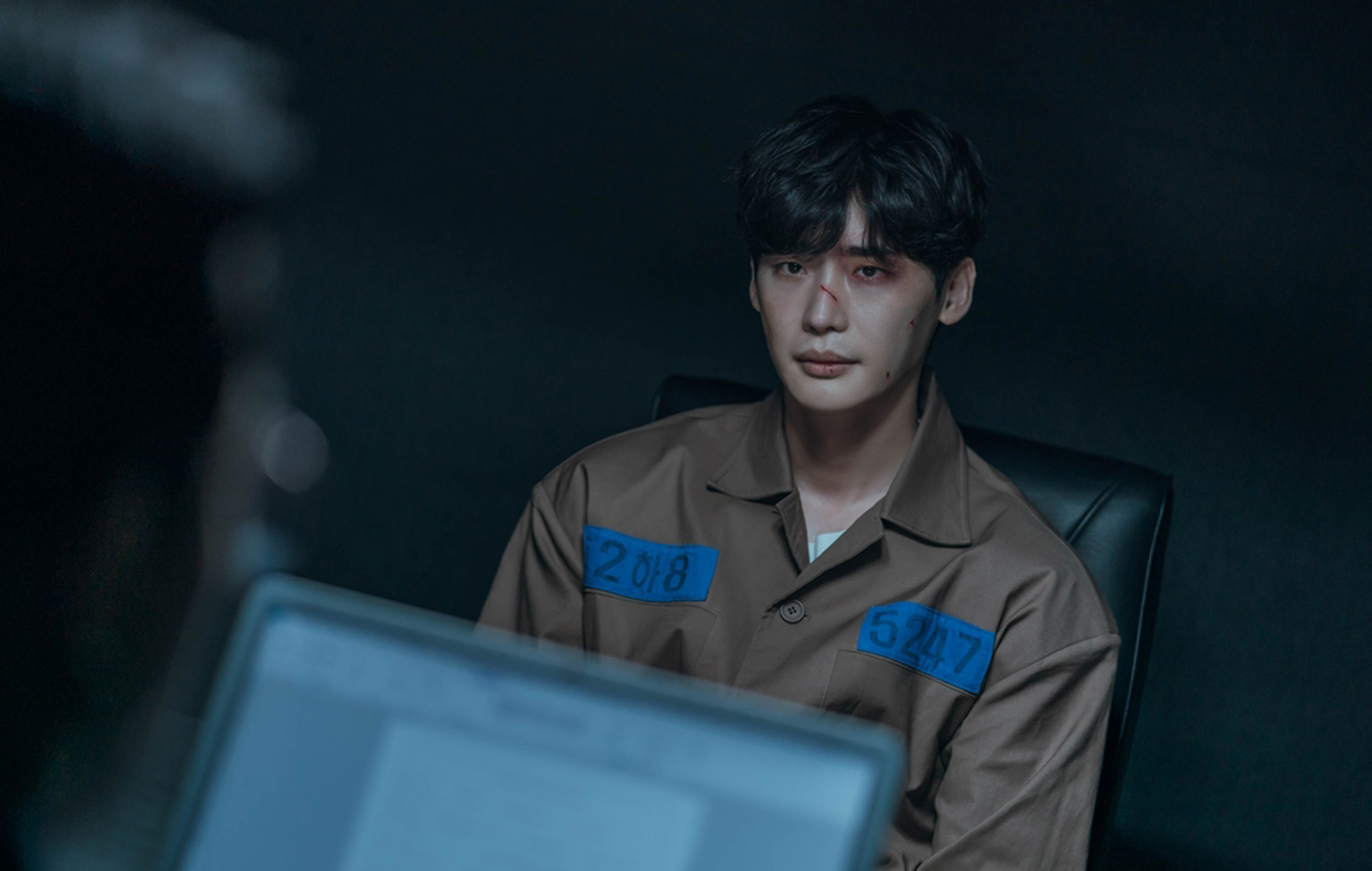 Park Chang Ho (Lee Jong Suk) is a lawyer who is not making a lot of money. His wife, Go Mi Ho (YoonA) is not very happy with how her husband is not making good money. One day, Chang Ho gets dragged into a murder case, and he doesn’t realize that his life is in danger as a result of it, while Mi Ho works in trying to get her husband out of trouble.

“Big Mouth” is the most recent project of Lee Jong Suk’s and it was a big hit. The ups and downs of the storyline and seeing if Chang Ho will ever get his life back to normal was so enthralling to see. The cliffhangers at the end of each episode provide a desperate need to want to complete the series. And the chemistry between Lee Jong Suk and YoonA is also adorably playful – it’s a must SEE!

Hey Soompiers, which of Lee Jong Suk’s K-dramas is your favorite? Let me know in the comments below!

binahearts is a Soompi writer whose ultimate biases are Song Joong Ki and BIGBANG but has lately been seen obsessing over Hwang In Yeop. Make sure you follow binahearts on Instagram as she journeys through her latest Korean crazes!