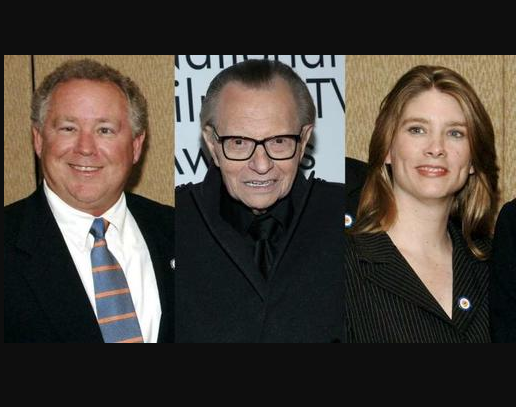 American talk show legend, Larry King has suffered double tragedy after losing two of his children within weeks of each other. His son, Andy is said to have passed away "suddenly” two weeks ago aged 65, while his daughter Chaia died of lung cancer on Thursday, August 20, at the age of 51. The 86-year-old television icon is recovering from a stroke and won't be able to fly from Los Angeles to Florida for the funerals, according to Daily Mail. Larry’s granddaughter, Jillian, 31, told the publication that the star’s 65-year-old son died suddenly on July 28 from what they believe was a heart attack.  Three weeks later, Larry’s 52-year-old daughter passed away from lung cancer.  Jillian told the outlet that everyone in her family is “feeling pretty bad and broken,” adding that her grandfather “Larry is really hurt and upset. He was very sick last year.  'His kids were all taking very close care of him. He’s upset that he’s lost them now.” King shared Chaia with ex-wife Alene Akins. He adopted Andy, Akins' son from her previous relationship after the two got married. Akins and King first wed in 1961 and the pair split in 1963. They later got back together in 1967 only to divorce again in 1972. . Talk show legend, Larry King suffers double tragedy as his daughter, Chaia and son, Andy die within weeks of each other Follow Linda Ikeji Blog.