Saturday the 21st day of January 2023, will go down in history as the day thousands of constituents, from the 7 LGA’S in Anambra North, came out in droves to emphatically demonstrate support for the distinguished Senator representing the district, Princess Stella Adaeze Oduah.

Lifestyle Nigeria reports that with the theme “OLUCHUKWU UMBRELLA MOVEMENT 2023”, supporters in their numbers, wielding placards and donning colorful T.shirts with her image emblazoned, took off from all 99 wards in Anambra North in what later turned out to be a most strategic and organized solidarity walk that shook the various LGA’S.

From OGBARU MAIN hundreds were seen traversing through New Road Junction along Atani Road to Ideke Field Okoti with a deafening raazmataz and fanfare and in AYAMELUM LGA, their counterparts took off from Omor Junction and successfully ended it at Central Primary School Field Omor. 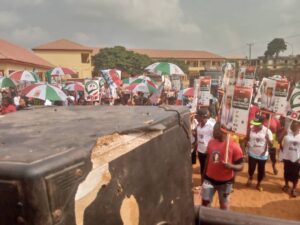 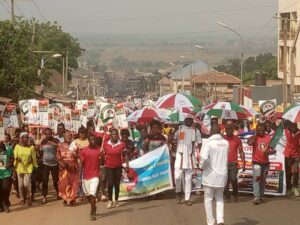 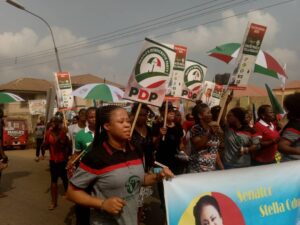 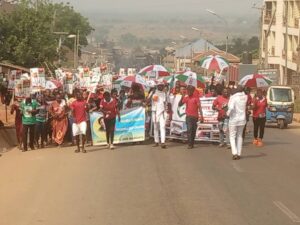 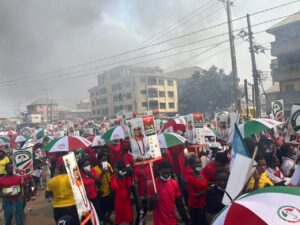 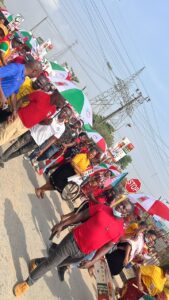 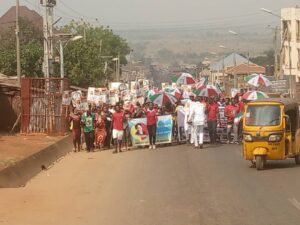 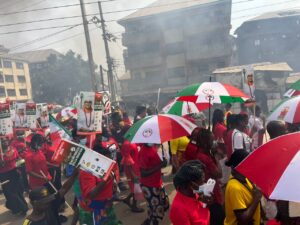 ONITSHA NORTH was also not left out as both the Ogbommanu area, Upper New Market Road Junction Onitsha and Seaman Fuel Station resonated as early as 7:45AM with a colourful assemblage of supporters who would later terminate at the Justice Chuba Ikpeazu Stadium Awka Road.

The same was witnessed at the 3-3 Fed/Housing, Akpaka, Trans-nkisi and the NTA Trans Nkisi gate as hundreds bearing PDP flags with Stella Oduah placards, were seen chanting solidarity songs, and this team would later draw the curtain at St Stephens Catholic Church Federal Housing Estate Onitsha.

At OYI LGA, the Civic Centre Awkuzu was quite busy as supporters blaring trumpets, made the road show quite interesting and one couldn’t help but marvel at the orderliness with which they conducted the affairs of the day.

In ONITSHA SOUTH, the streets were shut down and hit by an inspiring crowd from the Godwin Achebe Stadium Fegge and Patrick Okolo Primary School Odoakpu, as they waded through Ochanja Round-About to Ugborimili Primary School Housing Fegge

ANAMBRA EAST was also not left out as the team dramatic team moved from the Premier Primary School field Otuocha, to Enuobodo Central School field Umueri.

Same was also witnessed at ANAMBRA WEST, as the team shut down the route from the Community Primary School Umueze to Central School Umueze Anam.

Reacting to this development on her verified Facebook page, the senator thanked everyone for the show of force and support whilst promising to always put the people first in all her legislative undertakings.

By and large, it was a resounding success.