Former BBNaija housemate and mother of one, Wathoni has warned social media trolls who persistently use her son to troll her. 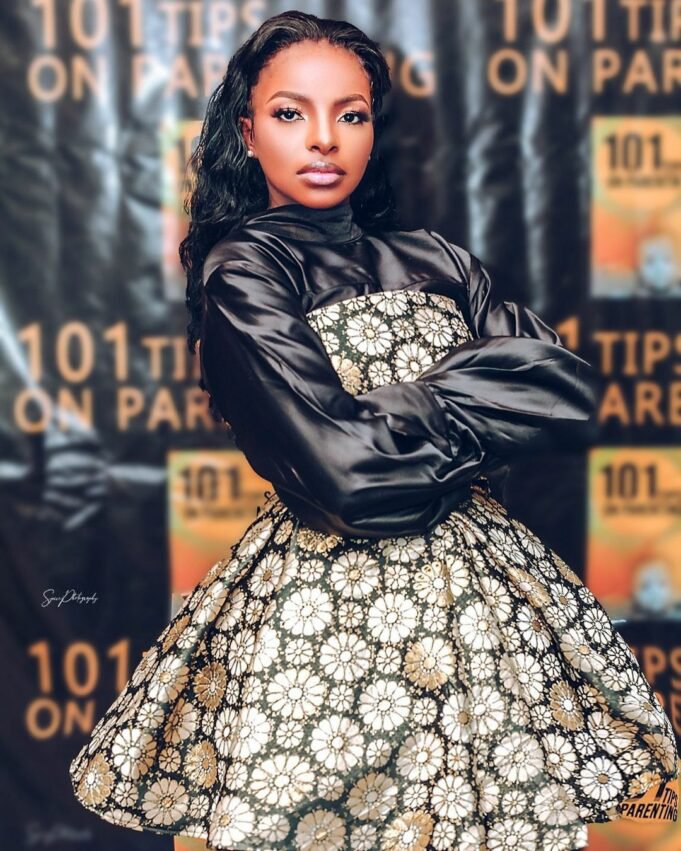 It all started after a Twitter user, @Dark_Esosa took to the platform to ask the Big Brother Naija star for permission to name her dog after Wathoni’s son.

Apart from Esosa’s tweet, Wathoni noted several other instances in which trolls used her son to drag her on social media. 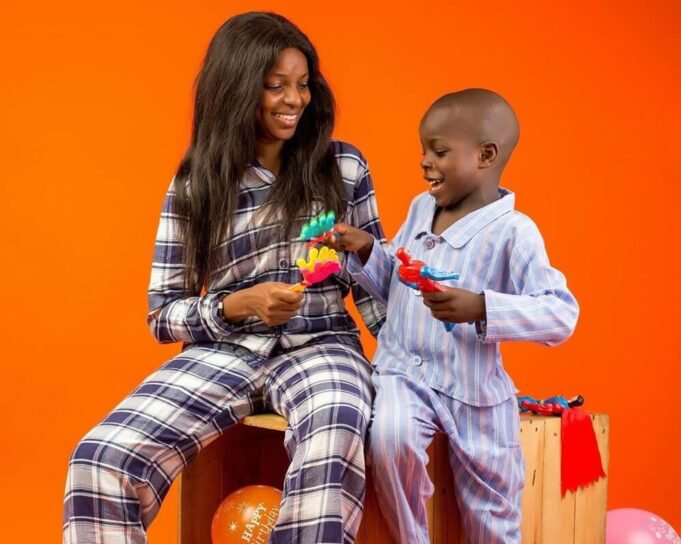 In series of Tweet replies, the enraged mother warned people to desist from using her son to insult her.

She tweeted, “LET US BE VERY VERY VERY GUIDED!!!!!!!!! I mean is your insult or trolling so weak that you have to involve my child?????????! Anything you say about my child goes right back to you! Don’t curse yourself it’s 2021. It’s one thing saying the most to me and it’s another saying silly stuff about my child.”

See some of her exchanges with social media trolls below… 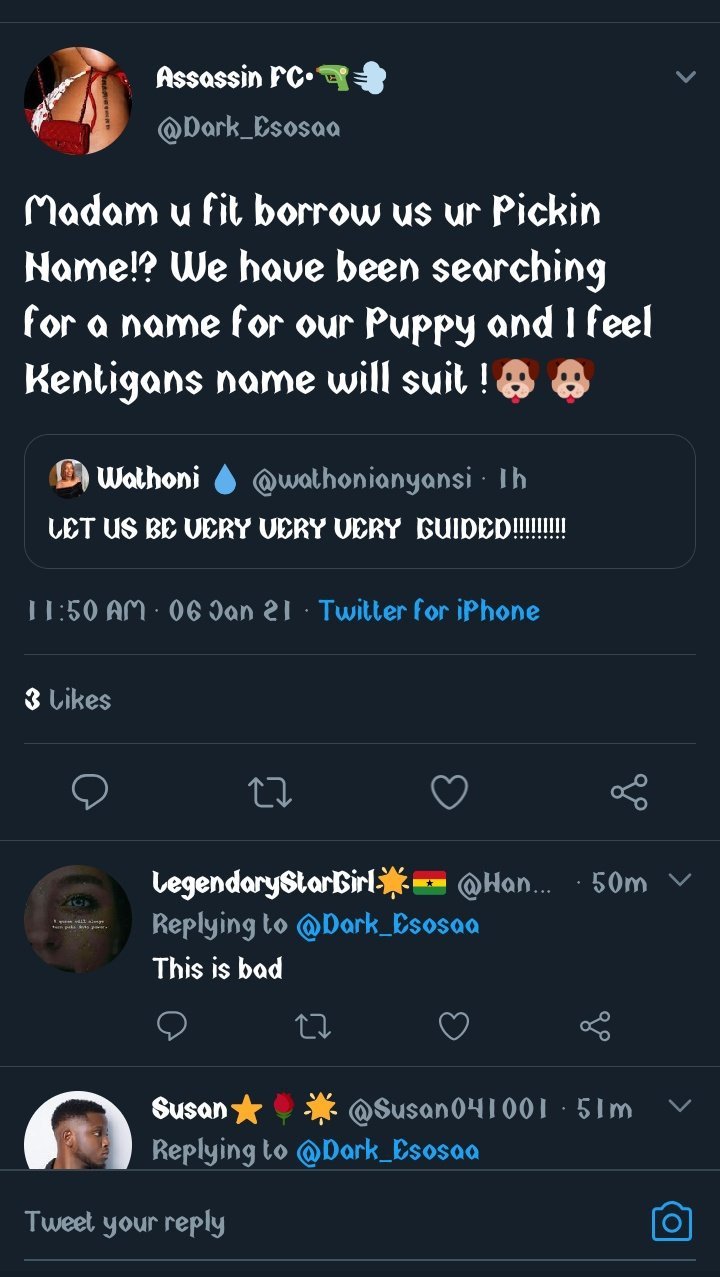 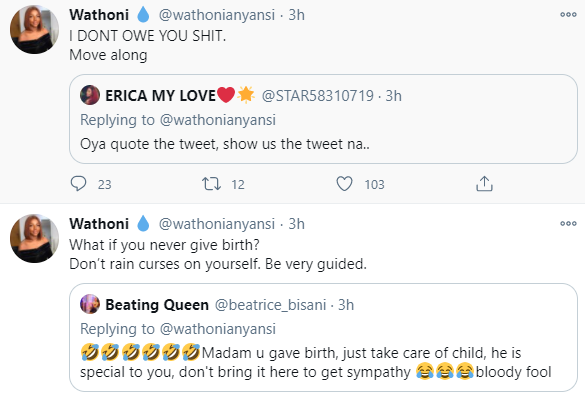 Boity Thulo Celebrates 4.6 Million Followers On Instagram
Erica Nlewedim Named One Of 100 Most Influential People In Nigeria
To Top
X