The Nigeria Army has expressed disappointment after Lagos state Governor, Babajide Sanwo-Olu continued to deny he never invited them to intervene in the #EndSARS crisis in the state. 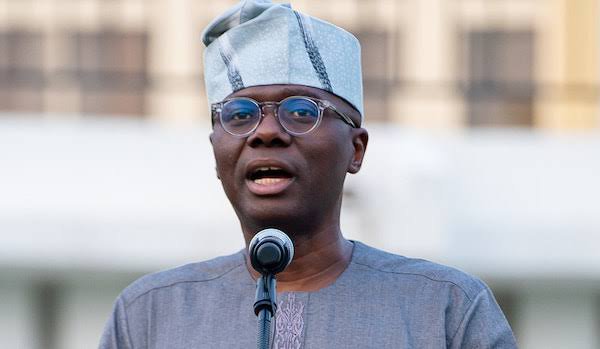 Brigadier AI Taiwo who narrated the Nigeria army’s account of the Lekki Toll Gate Shooting of October 20, at the resumed sitting of the Lagos judicial panel over the weekend, disclosed that Governor Sanwo-Olu called on the military for support after the #EndSARS crisis went out of control.

Recall also that Sanwo-Olu who reacted to the outrage that trailed the Lekki tollgate shooting of October 20, had blamed it on “forces beyond direct control”.

Appearing on CNN, the Governor who confirmed that the army was responsible for the incident, denied having a hand in the shooting.

Speaking during the interview, he said, “From the footage we could see, because there were some cameras at that facility, it seems to me that they would be men in military uniform—it should be Nigerian Army or something.”

When particularly asked if he meant the military opened fire on protesters, Sanwo-Olu responded; “Yes. That’s what the footage showed.”

UNBELIEVABLE Married woman caught with another man by in-laws
Related Topics:ArmyDeniedEntertainmentHappyInvitingSanwoOlutheyre
Up Next

Nigerian actor, Alex Ekubo has taken to social media to celebrate his mother as some countries celebrate mother’s day.

Actor Alex is one of the Nigerian celebrities who flaunted his mother in a post on his Instagram page. Alex has thanked his mother for being a good mother and being there for him. According to Alex, good mothers are hard to come by. He added that he considers himself fortunate to have been born by his mother.

Alex Ekubo took to his page and wrote, “I’m not sure how many “Mother’s Day” we have in a year, cuz I’m pretty sure I celebrated one last month.
But truth is, the whole 365 days in a year is not enough to celebrate every good mother out there, thanks to #MotherOfDiamond as Fancy fondly calls you.
Good mothers are hard to come by, thanks Evang Jane Ekubo for being a good mother to me & my siblings.
I Love you forever & ever ”

In other news, Alex Ekubo has taken the opportunity to officially announce that he will be getting married to his fiancee this year. In a post sighted on his page he said, “My Fiancée, @fancyacholonu & I thank you all for the outpour of love & support, from the bottom of our hearts we say thank you & God bless you all.

. On Monday 10th May, we would be officially announcing our wedding dates, happening THIS YEAR!!!

One of the beautiful couples the Nigerian industry has produced is the marriage between Banky W and his wife Adesua Etomi. The couple has publicly shown their love for each other on several occasions. Adesua and Banky recently welcomed their son, Zaiah after their first fail IVF.

As many countries were celebrating Mother’s day, Banky W took to his Instagram page and showered sweet words and accolades on his wife as he wished her a happy mother’s day. Declaring his love for Adesua, Banky described her as his wife, his friend, his lady, his supermodel, his baby mama, his destiny teammate, and other sweet words.

He took to his Instagram page and shared a photo of himself with his wife and captioned his photo,

“My Lady and my Lover
My Friend and my Shuga
My Wife and my Forever
My Baby and my BabyMama
My Supermodel and my Muse
My Melody, my Harmony, my Rhythm and Blues

I love you SCATTER.

To all the Moms in the physical, emotional, spiritual… Happy Mother’s Day to you too.
And especially to the Moms-in-waiting, may the God that did it for us, do it for you.
In Jesus’ name. #photodump #babybump #happymothersday #MamaZaiah #MamaZ
#PapaZaiah #PapaZ #MamaZtiwaOnline.

READ ALSO: Why I Don’t Beat My Son – Linda Ikeji Opens Up

Why I Don’t Beat My Son – Linda Ikeji Opens Up

Successful Nigerian blogger Linda Ikeji has disclosed the reason why she doesn’t beat her son Jayce when he makes mistakes or does wrong.

The mother of one took to her Instagram page to celebrate herself as a mother following some countries celebrating mother’s day. She called herself a great mother and disclosed her opinion on spaning children when they make mistakes.

According to Linda Ikeji, constant spanking, yelling, or using harsh words on children could lead to behaviour problems. She stated that these things rather cause more harm to the child than good. Linda advised parents to listen to their wards when they have something to say and acknowledging the feelings of the child and also recognising their positive behaviour is the best.

“……I don’t believe in spanking children over every mistake they make in the bid to correct them. The occasional spanking, every once in a long while, is okay…(I’ve definitely done that with Jayce) but I believe when they make a mistake or misbehave, correcting them firmly but kindly, and with love is better than hitting them, yelling at them, shaking them or giving them some kind of physical punishment. Especially when they are under 5.”

“For instance with Jayce, I’ve had family and close friends tell me he is a kind and loving boy but they are family and friends so you just feel they are being nice…but less than two weeks of starting school, his teacher described him as a kind boy in his daily report book. That made my whole week. It tells me the love and kindness I show him every day is shaping him and he’s passing it forward.

“I believe that listening to our children when they have something to say, acknowledging their feelings, recognising their positive behaviour and maybe even rewarding that behaviour will help to shape them into great individuals.”

“I feel like constantly spanking, yelling, shaming, or using harsh words on our children could lead to behavior problems. That method, to me, is ineffective, does more harm than good, and kind of teaches them it’s okay to cause someone else pains if they don’t get their way or feel frustrated.”

. Why I Don’t Beat My Son – Linda Ikeji Opens Up Follow GhGossip.