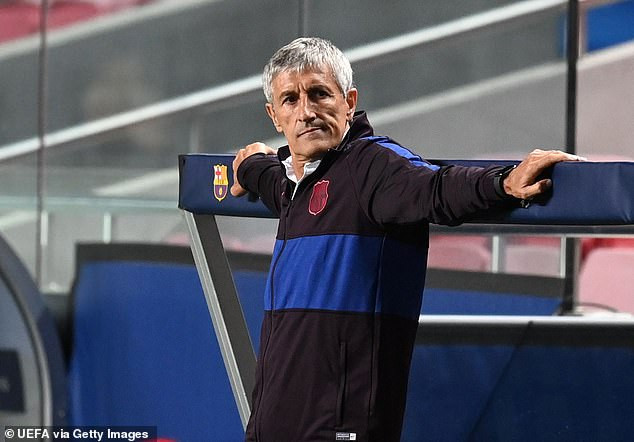 Barcelona have officially sacked manager Quique Setien in the wake of their humiliating 8-2 defeat to Bayern Munich in the Champions League quarter-finals. The club fired Setien following an emergency meeting on Monday morning, August 17,  after suffering one of the biggest defeats of their 120-year history and going trophyless for first time in 12 years A statement on Barcelona's official website read: 'This is the first decision within a wider restructuring of the first team which will be agreed between the current technical secretary and the new coach, who will be announced in the coming days.' The 61-year-old Spaniard who was only appointed in January before he was fired is expected to be replaced by Holland manager, Ronald Koeman. . Barcelona officially sack Quique Setien after Bayern Munich humiliation with Ronald Koeman set to replace him Follow Linda Ikeji Blog.