Winner of the Season 4 edition of the Big Brother Naija reality show, Mercy Eke has confirmed breaking up with her lover, Ike Onyema.

The media personality and video vixen confirmed in a comment on her Instagram post on Tuesday, November 3 that she is now married. Although Mercy did not reveal who the lucky guy is but she notified her followers in a post on Snapchat after sharing a photo addressing herself as Mrs H.

Naija News understands that the 27-year-old revealed her marital status on Instagram while replying to a question on her marriage status by one of her followers.

According to Mercy, her relationship with Ike Onyema ended months ago. 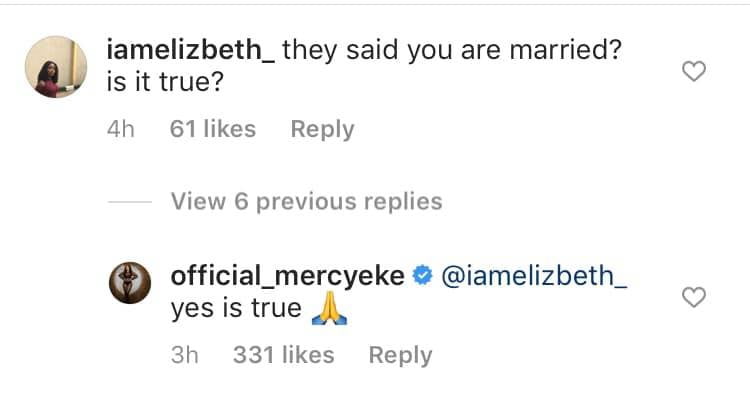 Meanwhile, the Husband to Popular American rapper Cardi B has been exposed after lying on WAP verse, Naija News reports.

Cardi B, in her “WAP” verse video claimed she doesn’t sweep, cook, or do anything but her husband has exposed her lies with his recent video.