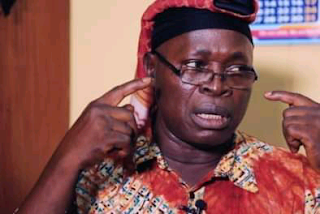 An Islamic rights advocacy group, the Muslim Rights Concern (MURIC) has told Nigerian Muslims to boycott all the private universities owned and controlled by Christians for not allowing the use of hijab and for some other reasons the group tagged as anti-Islamic.

Prof. Ishaq Akintola, Director of MURIC, who made this call in a statement made available to SaharaReporters on Thursday, stated that they had received multiple allegations from Muslim students studying at various Christian colleges about how they were pushed to attend churches and engage in specific religious actions prohibited in Islam.

“Worse still, they are not given any space where they can pray. Hijab is an anathema in such institutions. Muslim students are forced to attend Christian service in the chapel where attendance registers are marked and absentees are sanctioned. These institutions have the poorest human rights records today. To Muslim parents and students, these institutions are comparable to torture chambers at least for the duration of their studentship.

“This treatment is obnoxious, unlawful, illegal, illegitimate and unconstitutional. It is an existential threat to the religion of Islam. It also constitutes indubitable proof of complete desertification of religious tolerance in the vocabulary of owners of Christian private universities.

“One way out of this quagmire is for Muslim students and their parents to make proper investigations before applying for admission into any private university. Those found to be owned by Christians should be avoided at all costs because they are nothing but spiritual traps set for Muslims to lose their identities.

“Christian proprietors do not possess that magnanimity, liberality and broadmindedness to share what they have without attaching strings. They continue to assure us with their body language that Christian evangelism in Nigeria knows no decency, to them all is fair, particularly that which is foul.

“To them, Muslim students are not among those who should enjoy or exercise their Allah-given fundamental human rights. Human rights should be enjoyed by Christian students alone.