Aminu, a student of the Federal University, Dutse, Jigawa State, is expected to meet Mrs Buhari’s husband, President Muhammadu Buhari before reuniting with his family.

He was arrested for trolling First Lady Aisha Buhari on Twitter, and was secretly arraigned in court and remanded in the Suleja correctional facility in Niger State.

Aminu’s guardian, Kabiru Shehu, who confirmed the development while speaking exclusively with LEADERSHIP, said Aminu was currently in Aso Villa in Abuja and waiting to see President Buhari.

According to him, “Aminu has been released. He is currently in Aso Villa and waiting to see President Muhammadu Buhari.

“We are happy about this development and we are happy. We can’t wait to reunite with him.”

The student was remanded in Suleja prison in Niger State, after he was charged to court by the police, according to his lawyer, C.K Agu.

The lawyer Mr Agu confirmed to BBC Hausa late evening that the wife of the President has withdrawn the case against the student.

Mr Adamu, a final year student, tweeted a photo of Mrs Buhari with a caption in Hausa which translates to: “Mama is feeding fat on poor people’s money.”

The tweet was posted on 9th June but Mr Adamu was arrested earlier this month when the tweet went viral.

Earlier in the week, Justice Yusuf Halilu of a High Court of Justice of the FCT ordered the remand of Aminu Muhammad.

Muhammad, who hails from Azare in Bauchi state, is a final-year student at the department of environmental management.

He was arrested by the police over a tweet that appeared to mock Aisha.

The tweet, which was posted in Hausa in June 2022, reads: “Su mama anchi kudin talkawa ankoshi.”

Muhammad’s tweet, accompanied by a photo of Aisha, loosely translates as “Mama has eaten poor people’s money and is now full”.

The court ordered his remand after his arraignment the in court.

He is currently being held in Suleja prison before the bail application will be heard.

Meanwhile, Muhammad’s arrest has elicited sharp criticism, while the National Association of Nigerian Students (NANS) has apologised to Aisha Buhari over the tweet. 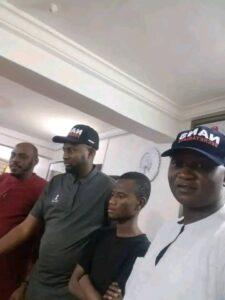 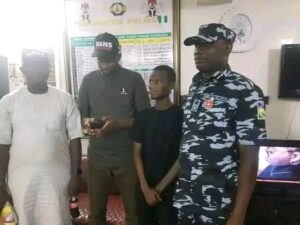