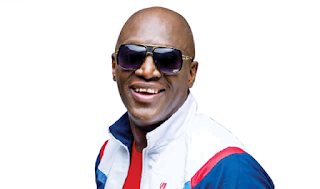 Many Nigerians and lovers of Nigerian songs were suddenly thrown into shock and grief as news surfaced on Friday morning, November 25, 2022, that a popular gospel singer, Sammie Okposo, had died in his Lagos home.

Since news of his death got into the public domain, there has been an outpouring of grief, especially as the singer wasn’t known to have battled ill health before his demise.

As a matter of fact, Sammie had put up a post on his Instagram page less than 24 hours before his demise. On Thursday, November 24, 2022, he had posted a throwback Update of his concert on his page. In the Update, he could be seen leading the congregation in an intense praise and worship session.

Attendees of the concert were also obviously engrossed in the ministration as many of them could be seen immersed in the worship. Many lifted their hands and sang along with Sammie.” He captioned the post, “Throw Back Thursday. Sammie Okposo Praise Party. SOPP live in Lagos. Friday, November 4, 2022. It was a blast. Jesus did it.”

Announcing the singer’s death, a terse statement released by a relative, Hector Okposo read, “It is with a heavy heart but with total submission to God that I announce the passing of our beloved husband, father, brother, uncle, and minister of God, Sammie Okposo.

“Sammie slept and went to be with the Lord on the morning of Friday, November 25, 2022. More details about the burial will be communicated soon.

“We are consoled because we know that he is with Jesus, singing with angels. We kindly request the family is allowed to grieve peacefully at this time.”

President Muhammadu Buhari stated that the late singer had mentored many youths to stardom. A statement signed by his Special Adviser on Media and Publicity, Femi Adesina, read in part, “President Muhammadu Buhari sympathises with the family, friends and professional associates of renowned gospel singer, Sammie Okposo, whose demise left many in Nigeria and across the world severely shocked.

“The President commiserates with the Christian community, particularly Okposo’s colleagues in gospel music and the younger generation, who have over the years identified with his elevating style of praise and worship.

“He notes the unique platform of worship created by Okposo, as well as his creative contributions to the Nigerian film industry, and the inspiring role he played in grooming talents and mentoring them to stardom.”

On his part, the Governor of Delta, Okposo’s home state, and the vice presidential candidate of the People’s Democratic Party, Ifeanyi Okowa, described the late singer’s death as a great loss to the latter’s family, the state and gospel music lovers all over the world.

In a statement signed by his Chief Press Secretary, Olisa Ifeajika, Okowa said, “On behalf of the government and people of Delta State, I mourn the passing of an illustrious son of our state and a great gospel minister.

“The news of his death was shocking and it is, indeed, a great loss because he was a valued asset to Deltans and Nigerians, especially as his songs continue to inspire many to worship God.”

Many can recall that early in the year, the popular singer was involved in an infidelity scandal when a United States of America-based woman identified as African Doll, claimed that they had an affair, and he impregnated her. According to her, when she informed him about the pregnancy, he asked her to terminate it. She added that he stopped communicating with her after she refused to do his bidding.

Shortly after the scandal broke, the singer took to his Instagram page to apologise to his wife, and announce that he would be taking a break from ministry work.