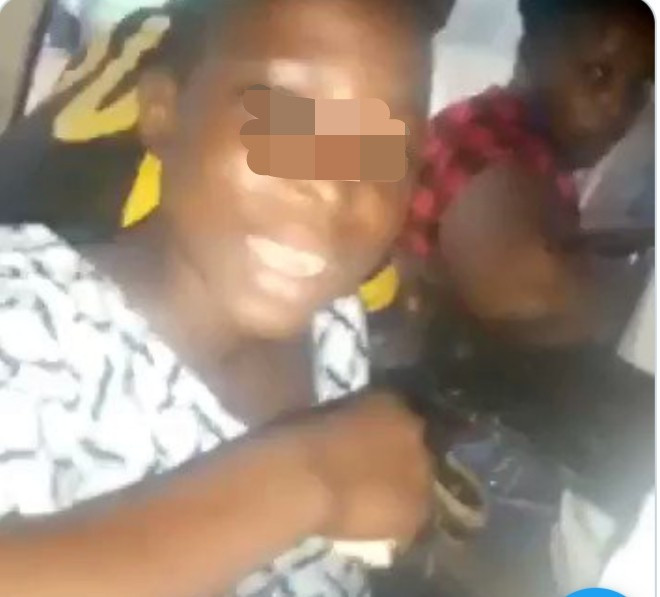 An 11-year-old orphan opened up in a bus aboutallegedly being raped by her stepfather and other grown men and her revelation is hard to watch. She revealed that her mum is dead and she never met her father. Her mother remarried. Now that her mum is dead, her stepfather allegedly rapes her. She said she has been homeless for a while and sleeps wherever she finds herself. While out in the streets, she says men old enough to be her father rape her constantly, including "agbero" and "mallam". She added that sometimes two or three men rape her at once then complain that her vagina is too wide like that of an adult woman. When encouraged to go to the police, she refused and said the police have never helped her in the past. The lady who shared the video and narrated the story said they eventually took the girl to  Sango Police station in Ogun state but a female police officer allegedly slapped the girl then threatened them to delete the video. Read the tweets shared by an eye witness who said she had to create a fake account to share the video:  "Guys, this is urgent. Please read the thread and watch this video which was recorded yesterday 10th of August 2020. Precisely around 7 pm. It's about an eleven-year-old orphan who has no home, no family, she has been raped repeatedly and has been living on the streets. "A passenger (the lady asking questions and making the video) asked her why, then she proceeded to tell whoever cared to listen that She has been raped repeatedly by street thugs, touts, several "molas" and by her step father as well, to the extent that she's unable to hold pee (urine) for long.  "She revealed that everyone who raped her said her vagina was too wide for a girl her age. (Probably because she's an underaged young girl who's been raped, and taken advantage of repeatedly by men old enough to be her father). "She revealed that she was raped yesterday again by two men in the same Kara area of Mowe. She explained that she had sought help from Police Stations on different occasions where she's been repeatedly victimised. "When asked about her parents, She said she's an orphan with no relative, her mother is dead and she never met her father. While her stepfather lives in Itori, Ogun State. She's been sleeping on the streets ever since. When we asked her where she was going to, she said she was headed for Itori. "We asked if she had a place to go to there, she said no, that she would just find anywhere to stay. We decided to take her to the police station in Sango, so that at least she can be helped, she refused saying the police would not help her, instead they'd arrest her. "We assured her that nothing of such would happen. (She didn't want to go and she told us to leave her alone) On getting to the police station, while explaining the situation to the officers, one of the female officers slapped the girl twice, then told her to go away. "The Police Officers in Sango could not help this young orphan even after hearing her story. By that time, I had gotten past my bus stop and it was getting really late so I had to go home. This young girl however continued on her journey to God knows where. "(Please note that the Police in Sango Police Station threatened us to delete the video and not post it, that we they'd trace us.) I had to create a burner so as to post this video. All of this happened yesterday 10th of August 2020. "I'd like to add that there's a possibility that she's carrying a baby already, off records, she mentioned that at a point, she was taken to the hospital and they pressed her stomach and said it was hard She also said those who raped her deposited a lot of sticky substance in her." 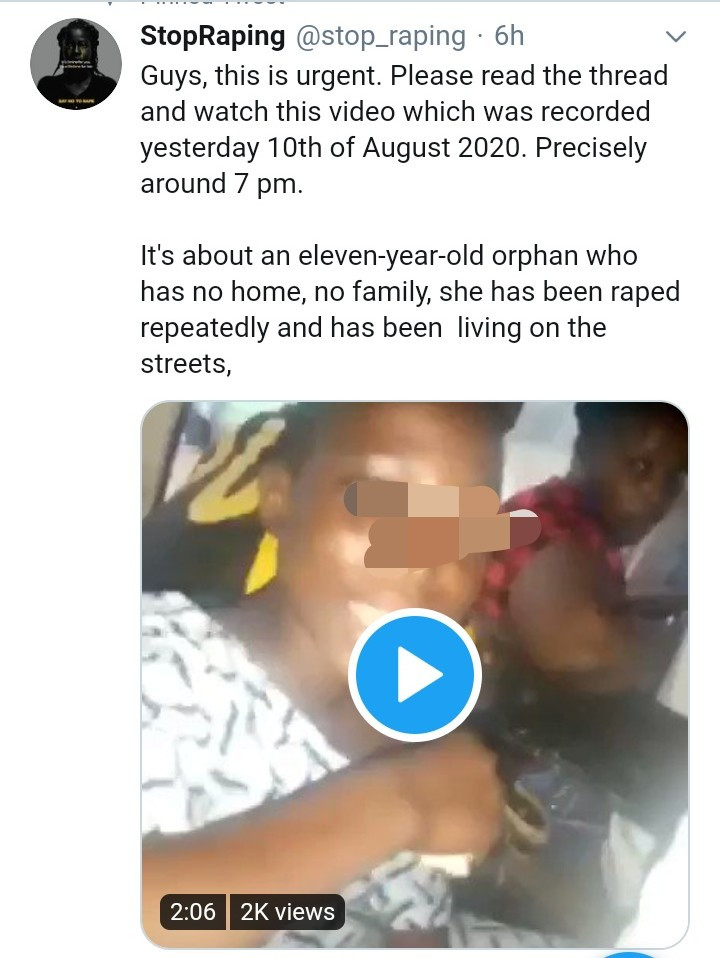 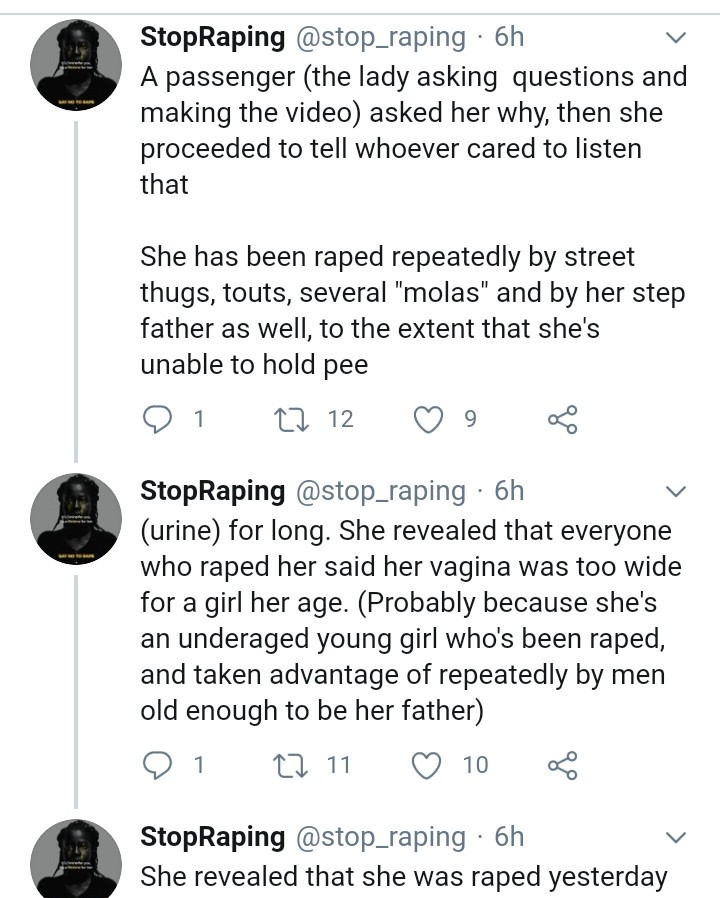 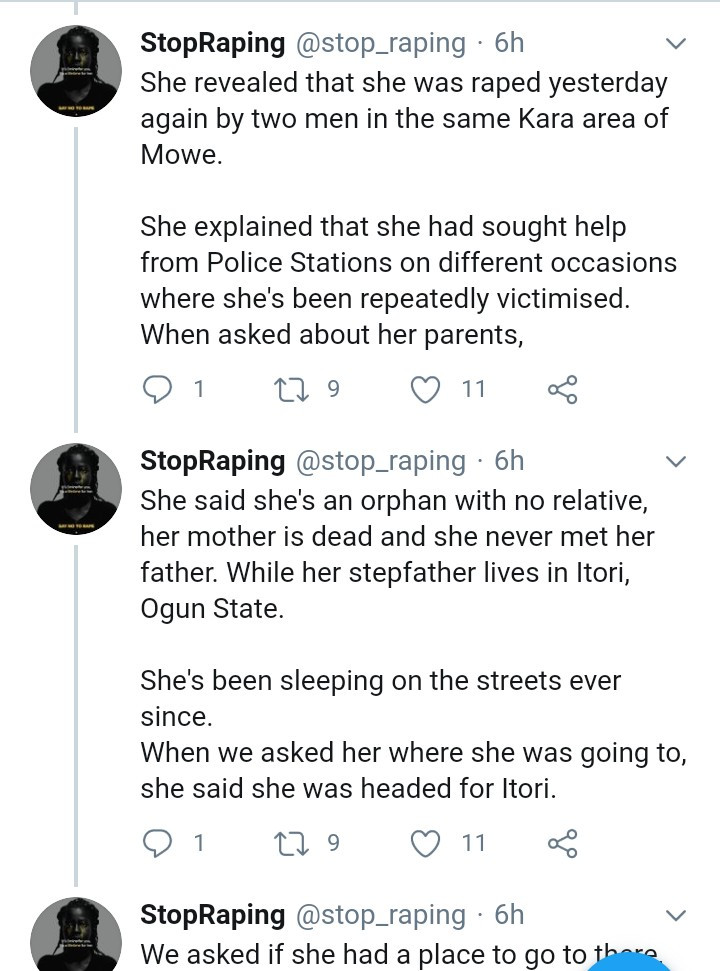 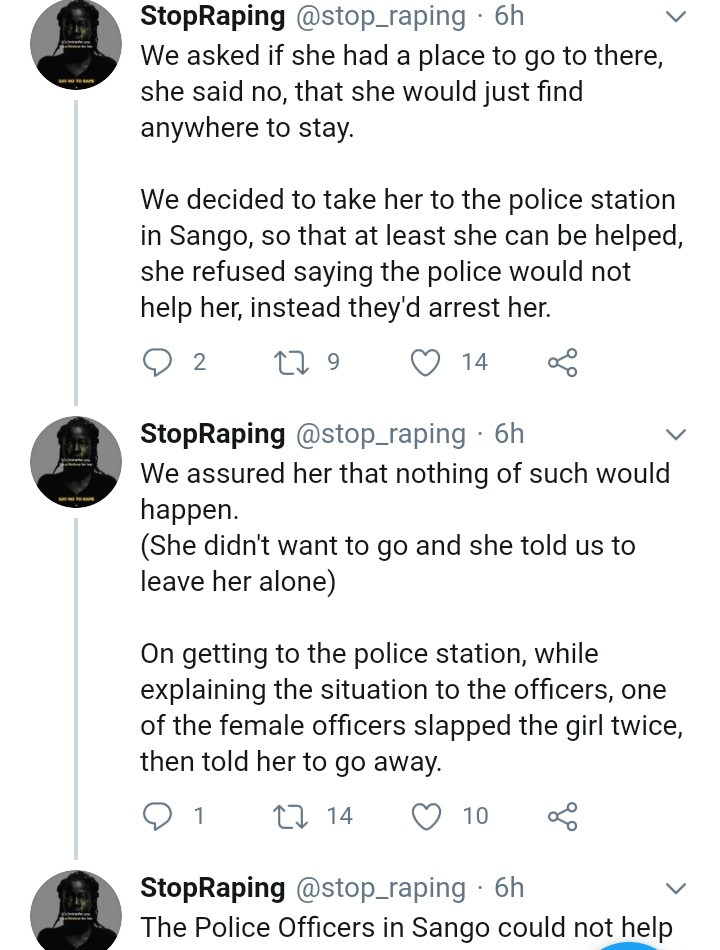 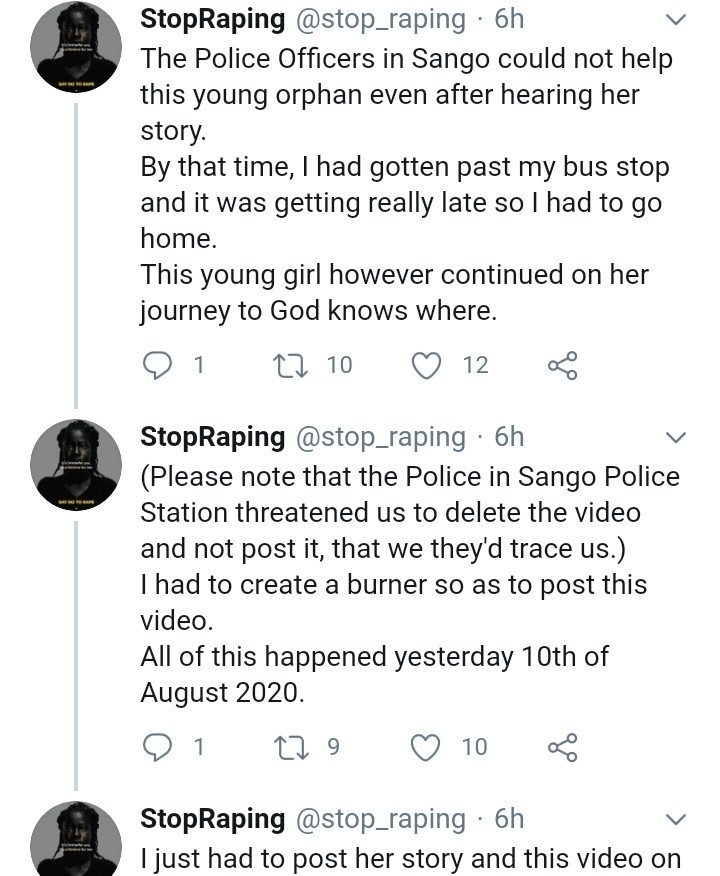 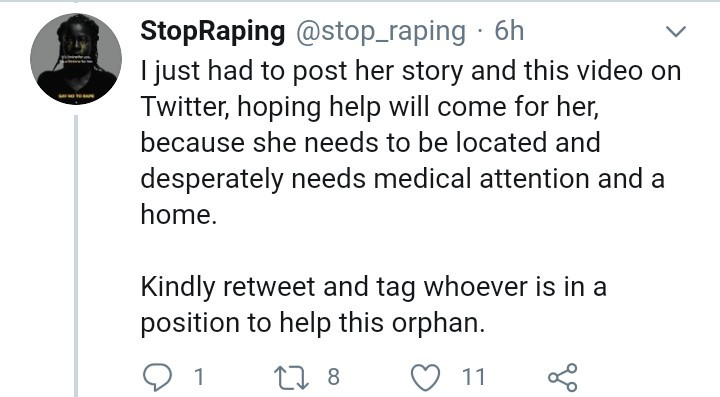 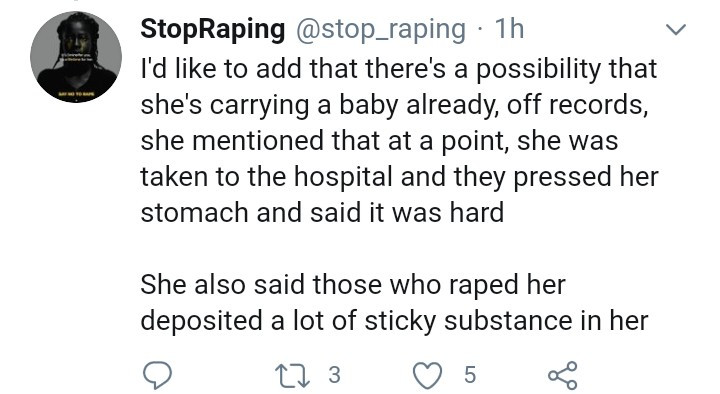 View this post on Instagram           A post shared by Lindaikejiblog (@lindaikejiblogofficial) on Aug 11, 2020 at 10:11am PDTThe post Bus passengers shocked as 11-year-old orphan narrates how her stepfather and other grown men allegedly gang rape her in Ogun (video) Follow Linda Ikeji Blog.