Former Governor of Kano State, Rabi’u Kwankwaso, has joined the list of presidential candidates who have visited Chatham House in London in the race to occupy the highest office in nigeria. Kwankwaso’s presentation at the United Kingdom policy think-thank institute on Wednesday came barely 24 hours after his counterpart in the Labour Party (LP), Peter […]
The post Chatham House: Is UK centre turning to Nigerian politicians’ ritual spot? appeared first on Daily Trust.

Former Governor of Kano State, Rabi’u Kwankwaso, has joined the list of presidential candidates who have visited Chatham House in London in the race to occupy the highest office in nigeria.

Kwankwaso’s presentation at the United Kingdom policy think-thank institute on Wednesday came barely 24 hours after his counterpart in the Labour Party (LP), Peter Obi, addressed an international audience at the facility.

Earlier on December 5, 2022, the presidential standard bearer of the All Progressives Congress (APC), Asiwaju Bola Tinubu, had an intriguing outing at the Royal Institute for International Affairs (also known as Chatham House) where he delegated some of his team members to respond to questions directed to him.

Although the Presidential Candidate of the Peoples Democratic Party (PDP), Atiku Abubakar, has yet to honour invitation to speak on his plans for nigeria ahead of the 2023 election at Chatham House according to the centre’s Director of the Africa Programme, Alex Vines, he was there in 2018 when he was about to contest against President Muhammadu Buhari.

Interestingly, Buhari was also in Chatham House in 2015 to convince the international community on why he should succeed former President Goodluck Jonathan.

Continuous visits to the UK institute by prominent Nigerian politicians have raised concerns from different quarters over how the centre is fast becoming part of the rituals presidential candidates, particularly, observe during the general election season.

Notably, two things are common in the candidates’ presentations at Chatham House. They all regaled their audience with nigeria’s poor socioeconomic situations occasioned by bad leadership and brazen corruption. They would then make promises to turn things around. 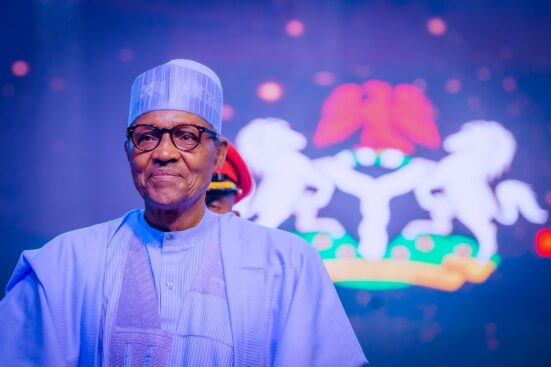 For instance, during his visit after the postponement of the 2015 polls, Buhari said Nigerians and the whole world were intensely focused on the polls mainly because of huge security, economic and social uncertainties in nigeria.

He had said, “Apart from the civil war era, at no other time in our history has nigeria been this insecure. Boko Haram has sadly put nigeria on the terrorism map, killing more than 13,000 of our nationals, displacing millions internally and externally, and at a time holding on to portions of our territory the size of Belgium.

“What has been consistently lacking is the required leadership in our battle against insurgency. I, as a retired general and a former head of state, have always known about our soldiers: they are capable, well trained, patriotic, brave and always ready to do their duty in the service of our country.

“Let me assure you that if I am elected president, the world will have no cause to worry about nigeria as it has had to recently; that nigeria will return to its stabilising role in West Africa; and that no inch of Nigerian territory will ever be lost to the enemy because we will pay special attention to the welfare of our soldiers in and out of service, we will give them adequate and modern arms and ammunition to work with, we will improve intelligence gathering and border controls to choke Boko Haram’s financial and equipment channels, we will be tough on terrorism and tough on its root causes by initiating a comprehensive economic development plan promoting infrastructural development, job creation, agriculture and industry in the affected areas.” 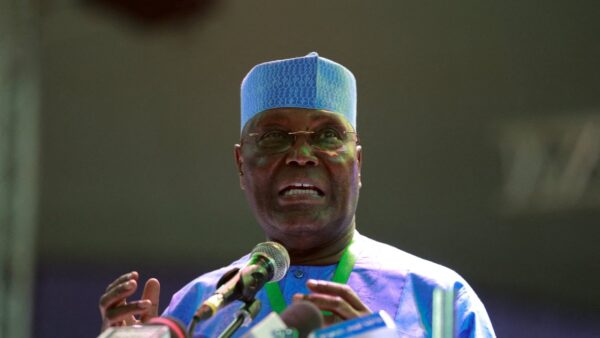 In April 2018, Atiku, who was part of a team that supported Buhari’s emergency as president, visited Chatham House to criticize the Buhari-led administration.

“If oil could save a nation then surely it would have saved Venezuela, the nation with the largest proven reserves of oil in the world. But you and I know what is up with Venezuela and if oil has not saved her, it will not save nigeria.

“….The question now is why are we saddled with a heavy and almost unsustainable debt burden 12 years after President Olusegun Obasanjo and I provided the leadership that paid off nigeria’s entire foreign debt of $32 billion in one fell swoop?” Atiku had queried.

While presenting a speech titled ‘nigeria’s 2023 Elections: Security and Economic Development and its Foreign Policy Imperatives’ at Chatham House in December last year, Tinubu identified power supply as a major challenge in nigeria and pledged to address it and other issues if elected president.

He said, “The Nigerian elections of 2023 are coming up at a time when the country’s immediate geographical neighbourhood of West Africa and Central Africa is undergoing serious political turmoil that has manifested itself in the incursion of the military to power in a number of countries.

“Energy supply is another priority. There is no version of the world where nigeria’s ambition for self can be achieved without solving the problem of how to provide energy to homes and businesses across the country.

“It is time to recognise that the centralised approach to energy policy infrastructure is not an optimal engagement, and it is unlikely to improve by mere tinkering around the sides. The federal government as regulator and operator and price fixer is a broken model.

“There will be student loans. We are going to reform the Almajiri system. We will equally build more schools, recruit more teachers and train them.” 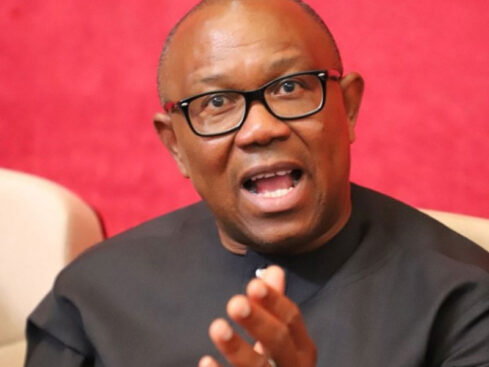 On Tuesday, Obi, the LP candidate, had course to also observe the political ritual when he visited Chatham House. He pointed out “the alarming insecurity” and “significant decline in food and economic output.”

He said the economy was in crisis with a troubling debt profile worsened by a spate of oil theft, two economic recessions in six years and a lamentable power sector that significantly constrained manufacturing and social life.

“The Nigerian state is captive to an elite gang-up and a rentier political economy that has concentrated political power in the hands of those who came to power and influence mainly through their own contrivances and not through the affirmation of the people, and therefore, do not have the incentive to serve the people’s interest.

“Senator Yusuf Datti Baba-Ahmed, my running mate, and I are committed to a new politics that starts with the ethics of servant-leaders and anchored on the marriage of clean hearts and skilful hands. We know that unless we change our politics by changing our political leadership, we are stuck with this terrible state of underdevelopment and misery,” Obi said.

It was the turn of Kwankwaso, the Presidential Candidate of the New nigeria People’s Party (NNPP), at Chatham House on Wednesday.

Speaking at the centre, he blamed nigeria’s woes on the wrong choices made by those ruling the country from 1999 to date, adding that the country was beset by numerous challenges, including high rate of unemployment, insecurity and growing poverty.

He noted that while many would hinge the economic hardships facing the country on the effects of the COVID-19 pandemic and global economic recession, he would hold the past and present leaders responsible.

He said, “Our country today is facing numerous challenges – insecurity, growing poverty, growing and uncontrolled inflation, growing unemployment and despondency, decaying infrastructure, high rate of maternal and neonatal deaths, collapsing education system, crises in the health care services, weak institutions, growing corruption and graft, unbelievable theft of crude oil and other mineral resources and growing mistrust among the constituents, communities of our country and so on.”

According to Kwankwaso, he is aspiring to become the next president of nigeria because he understands the issues involved, the mistakes made and the wrong priorities set.

“Together with our team, we are better connected with hopes and aspirations of nigeria citizens. We understand, agree with and share grievances and we have a practical plan for addressing every challenge bedeviling our country,” he added.

A few hours before Kwankwaso addressed the gathering, the Chairman, Independent National Electoral Commission (INEC), Prof Mahmood Yakubu, had made a presentation at the institute.

Among others, he mentioned attacks on the commission’s facilities in some parts of the country and measures being taken to curb such.

Yakubu said the commission and its partners had developed the Election Violence Mitigation and Advocacy Tool (EVMAT) and the Election Risk Management Tool (ERM).

While EMVAT is a research and diagnostic tool for predicting and mitigating election violence before elections, he said the ERM would track and report general risks to elections.

“There is no doubt that violence and threat of violence are major challenges to credible election in 2023. In all, we feel assured by the actions we have taken and our collaboration with the security agencies. The 2023 general election will proceed as planned. There is no plan to postpone the election,” he said.