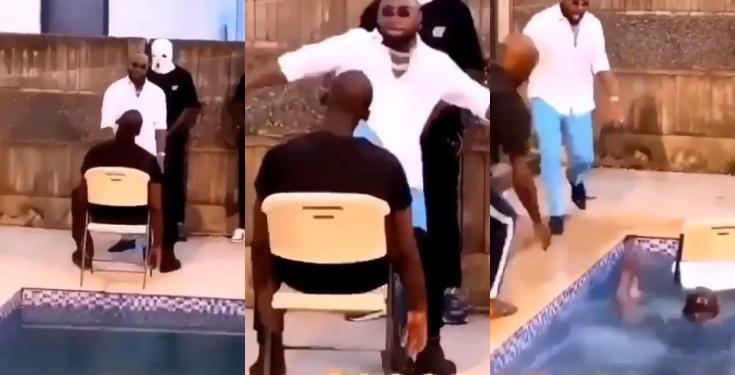 The superstar could be seen in this video pushing a man into a swimming pool for the music video. He then walked away, turned back and saw the man trying to swim out. He then tried to rescue the man who appeared to be drowning.

People have reacted asking why the guy went for the shoot if he couldn’t swim. “The guy na bastard…na by force to shoot that part if u know say u no sabi swim ? he want put David for problem sha” a Twitter user wrote.