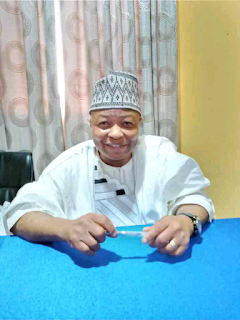 A Non-Governmental Organization, Democratic Leadership has called on Nigerians to elect the Presidential Candidate of Labour Party, LP, Mr Peter Obi in next month Presidential Election.

The President of the Organization, Barrister Ray Onwuelo made the call in Abuja while addressing newsmen on the State of the Nation and 2023 General Election.

Barrister Onwuelo said Mr Peter Obi remains the only Presidential Candidate who is qualified to be next President of Nigeria in view of his antecedent as a former Governor and numerous achievements recorded in the areas of education, economy, health, infrastructure and other developmental programmes as former Governor of Anambra.

While describing Obi as a prudent manager of resources, Barrister Onwuelo explained that Nigeria needs a man who is young, healthy and educated to reposition the country for national economic development.

According to him, Mr Peter Obi has what it takes to unite Nigerians, improve the economy and ensure the protection of lives and property of the citizens through effective security.

He therefore advised all Nigerians to collect their Permanent Voters Card, PVC, and participate in the 2023 general election.

Barrister Onwuelo who expressed confidence that the elections would take place enjoined all stakeholders to support the Independent National Electoral Commission, INEC, towards conducting. a free, fair and credible election.

He equally advised politicians to imbibe the spirit of sportsmanship before, during and after the poll.

The President of Democratic Leadership who advised the youths against being used by selfish politicians stressed the need for Nigerians not to sell their votes and shun act detrimental to the elections.

He pointed out that Nigeria is blessed with abundant human and natural resources but lack credible leaders over the years hence the need for Nigerians to change the narrative in 2023 by electing Mr Peter Obi who possessed the quality to rewrite the wrongs created by past administrations.