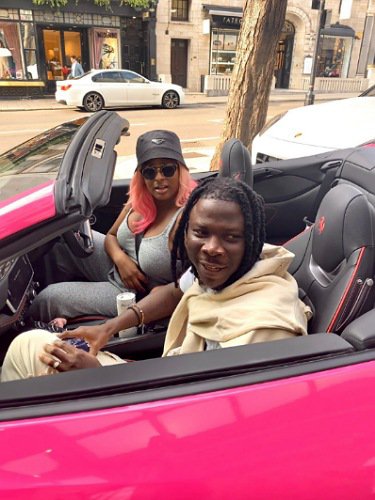 DJ Cuppy whose real name is Ifeoluwa Florence Otedola made this known on her various social media platforms – Instagram and Twitter.

The popular Ghanaian singer went to London for the video shoot of one of his songs, Karma, in which he starred DJ Cuppy.

He shared the video of the ride on his Instagram page while DJ cuppy shared short video clips on the insta story section of her Instagram page.

Recall DJ Cuppy’s billionaire dad, Femi Otedola recently took his three daughters out and bought them one Ferrari each.