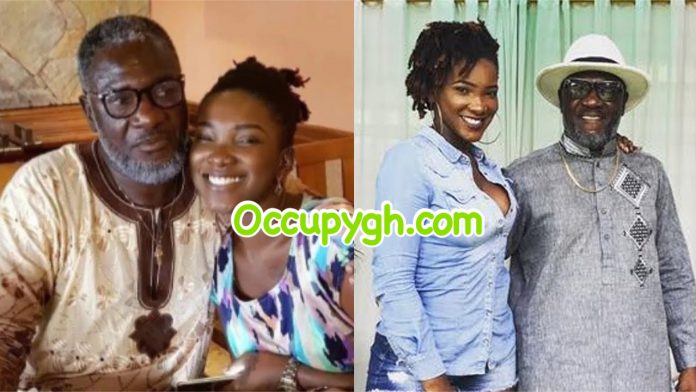 A little over two years ago, Ghanaians were hit by the shocking news of the death of rising songstress, Ebony Reigns. Almost at her peak, the RuffTown records signee met her untimely death through a motor accident with two other people.

Years after her demise, her father, Mr Kwarteng who is best known as Starboy Kwarteng has revealed that the death of his daughter did not add up to him as they were all told that it was as a result of a motor accident.

According to him, Ebony’s body had no blood on it when her corpse arrived. And therefore even though she was involved in the accident she did not die from the accident as it was reported.

He added that there was a large scar on her head which clearly indicated that someone had murdered her using an axe.