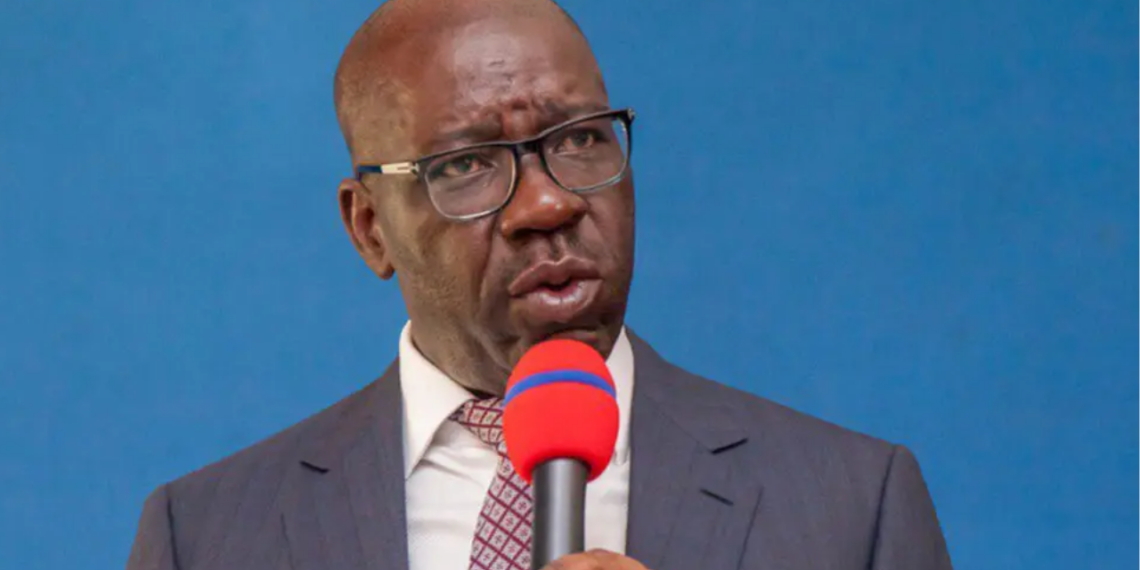 Edo State chapter of the All Progressive Congress (APC) disclosed yesterday that their governor, Godwin Obaseki, must account for billions of the 13 percent derivation accruable to the state.

This is coming following last week’s revelation by River state governor, Nyesom Wike while commissioning mega projects that it was the 13 percent fund released by President Muhammadu Buhari he used in building the projects across the State.

Wike had challenged state governors in the region on what they have done with the 13 percent derivation funds received from the federal government.

The chairman of Edo State APC, Col David Imuse (rtd), while addressing various issues in the state in a press statement titled, “Our Governor Has Gone Wild,” accused Obaseki of embarking on white elephant projects.

The party also condemned the plans by the state governor to introduce Residency Identity Cards in the state.

Today, we invited you because the governor has committed more atrocities, thrown caution to the wind, like a bull in the heat. As you are aware, since nigeria’s Fourth Republic began in 1999, Edo state and other oil and gas producing states that make up the Niger Delta are entitled to the 13% derivation fund sanctioned by the 1999 constitution, as amended.

In actual fact, Section 162, Sub-section 2 of the Constitution stipulates that the 13% derivation funds is for the exclusive use of oil/gas producing communities as compensation for loss of fishing rights and productive farmlands as a result of oil and gas exploration and production activities in the beneficiary states.