Nigerian lady, Nelo Lilian has slammed former Big Brother Naija housemate, Erica for making first public appearance with Kiddwaya and allowing him use her for ‘clout’. 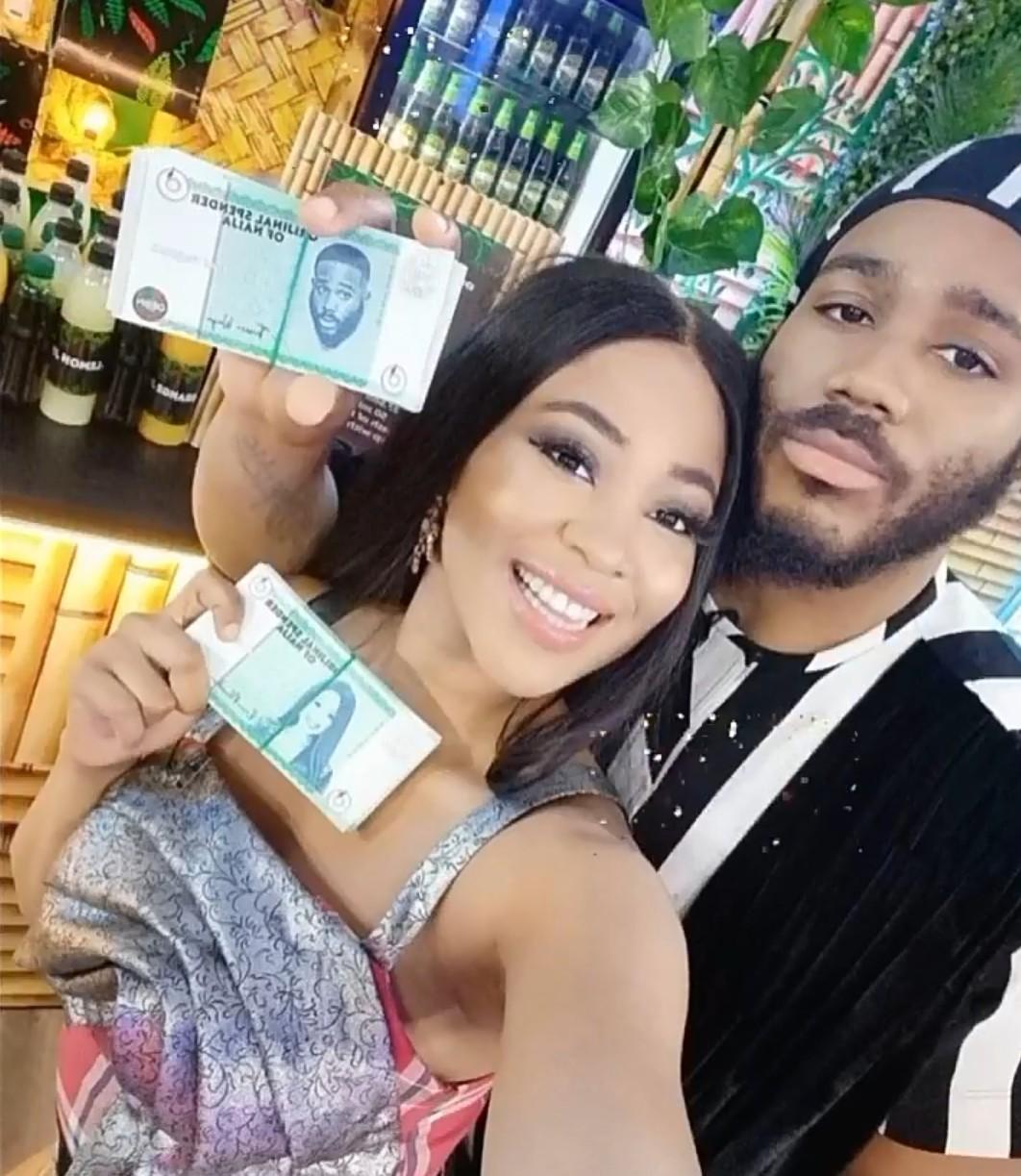 “Erica you shouldn’t have made your first appearance for Kidd to use you for clout. Why did your manager allow you go to that party? It’s like you don’t know your value.

You have to strategize with your manager and start cashing out away from Kidd because Erica’s brand is bigger than Kidd. You should be cashing out with your first appearance not to impress Kidd that don’t want to claim you in public.

You have to put love aside and start cashing out with your appearances. Kidd is very smart and has seen Erica’s fan base and wants to use you to shine. Can’t you see Mercy and Tacha’s first appearance last year? Ike was the one following Mercy around not the other way round” 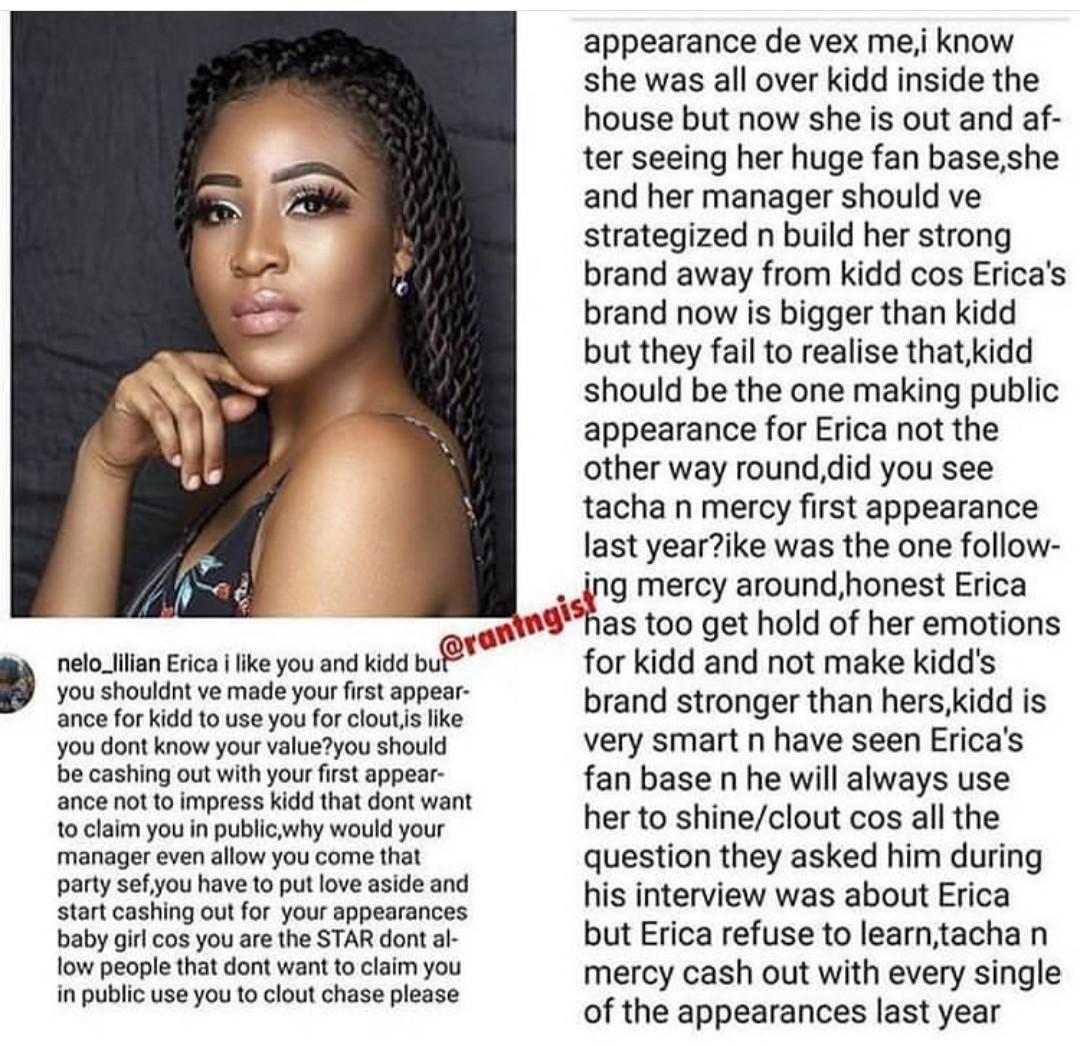