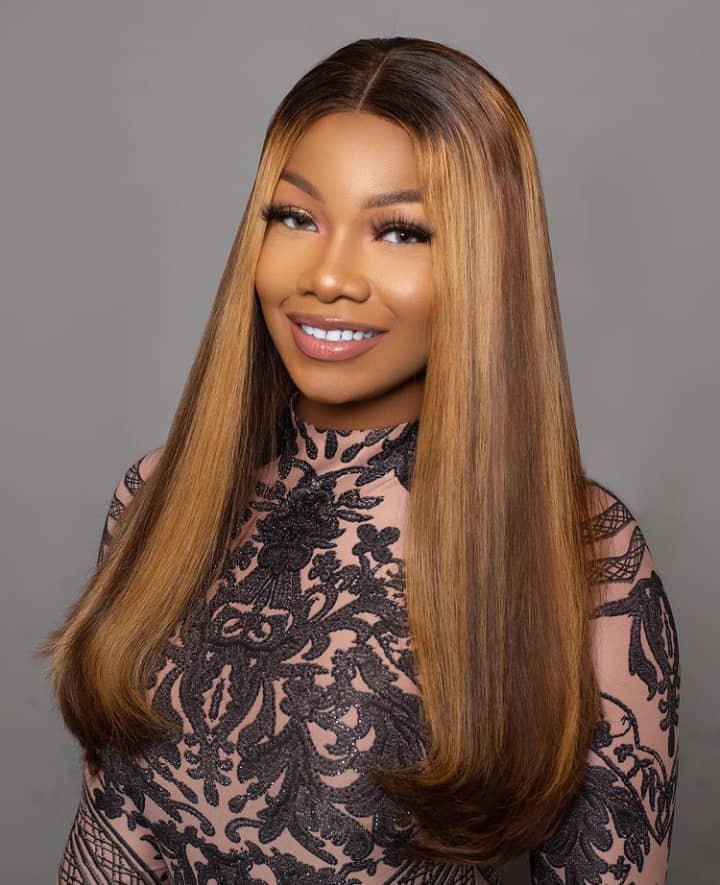 The beautiful reality TV star gave a hint to their reconciliation in a quoted tweet she made on Saturday, November 28.

She also shared a screenshot via her Instagram story which is believed to be a conversation she had with him. 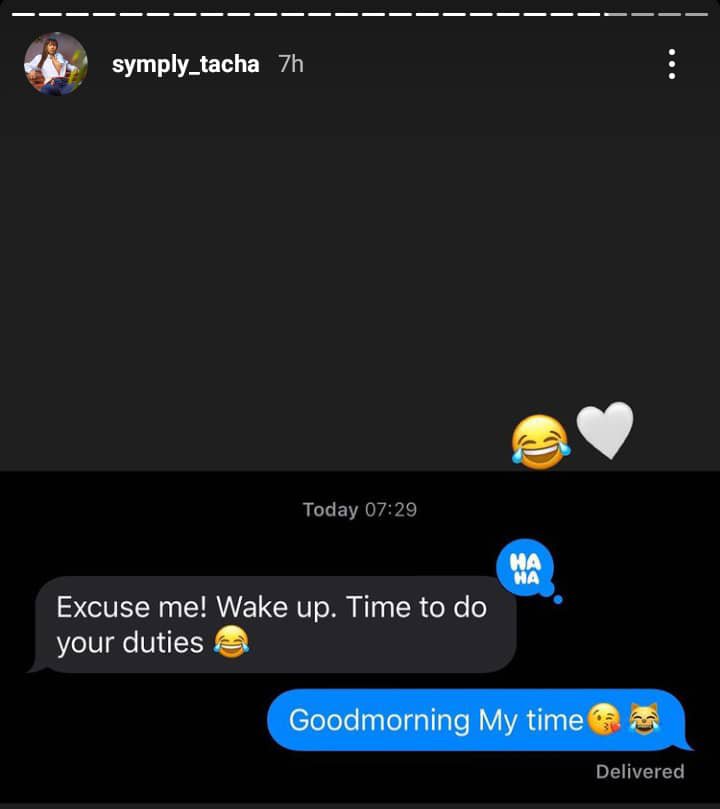 The revelation was made after Tacha took to Twitter and posted a good morning tweet for her followers.

Sequel to her good morning tweet, a fan of hers to to her reply section and asked her if she slept well.

Responding to her tweet, Tacha said didn’t but hopes to sleep well in King Ladi’s arms the following night.

Recall Tacha had revealed to Nigerian OAP, Toke Makinwa during a Vlog session with her on her “Toke Moments” Youtube channel that she had taken a break from her relationship with Ladi.

According to her, she decided to bring the relationship to a halt because she wasn’t getting the needed or desired attention from Ladi – her man.

However, in a quoted tweet dated Saturday, November 28, Tacha has now hinted that they are back together and the news of her reconciliation with her lover has got her fans, the Titans very excited.

Check out some of their reactions below;

Thought they broke up 😒

She said she will give that guy all styles tonight

He couldn’t move a bucket of water for her talk more of mountains 🏔!!!💔💔🥺

Refer to the old video of Tacha’s interview with Toke Makinwa when disclosed she paused her relationship with Ladi below;

2020 MOST POPULAR AFRICAN DRESSES: STYLISH AND ICONIC AFRICAN ANKARA STYLES 2020
Tiwa Savage Finally Reveals The Local Media She Was Directing Her Jibe At
To Top
X