“Curtain Call: Trees Die on Their Feet” is about an elderly woman from North Korea who doesn’t have much time left to live and a theatre actor who acts as her grandson in order to fulfill her final wish.

Kang Ha Neul will be playing Yoo Jae Heon, an optimistic character overflowing with self-love and self-esteem despite having grown up in difficult conditions. Ha Ji Won will take on the role of Park Se Yeon, the general manager of Hotel Nakwon and the youngest daughter of the family who owns it.

The individual stills depict the contrasting lives of Yoo Jae Heon, a theater actor and simple youth who is looking off into the distance with a gentle expression, and Park Se Yeon, the general manager of a hotel who spends her daily life in sophisticated attire. The stills of them together create a rather warm and affectionate atmosphere as Yoo Jae Heon and Park Se Yeon share an intimate conversation together inside the car. Another heart-fluttering photo depicts Park Se Yeon fixing Yoo Jae Heon’s necktie. 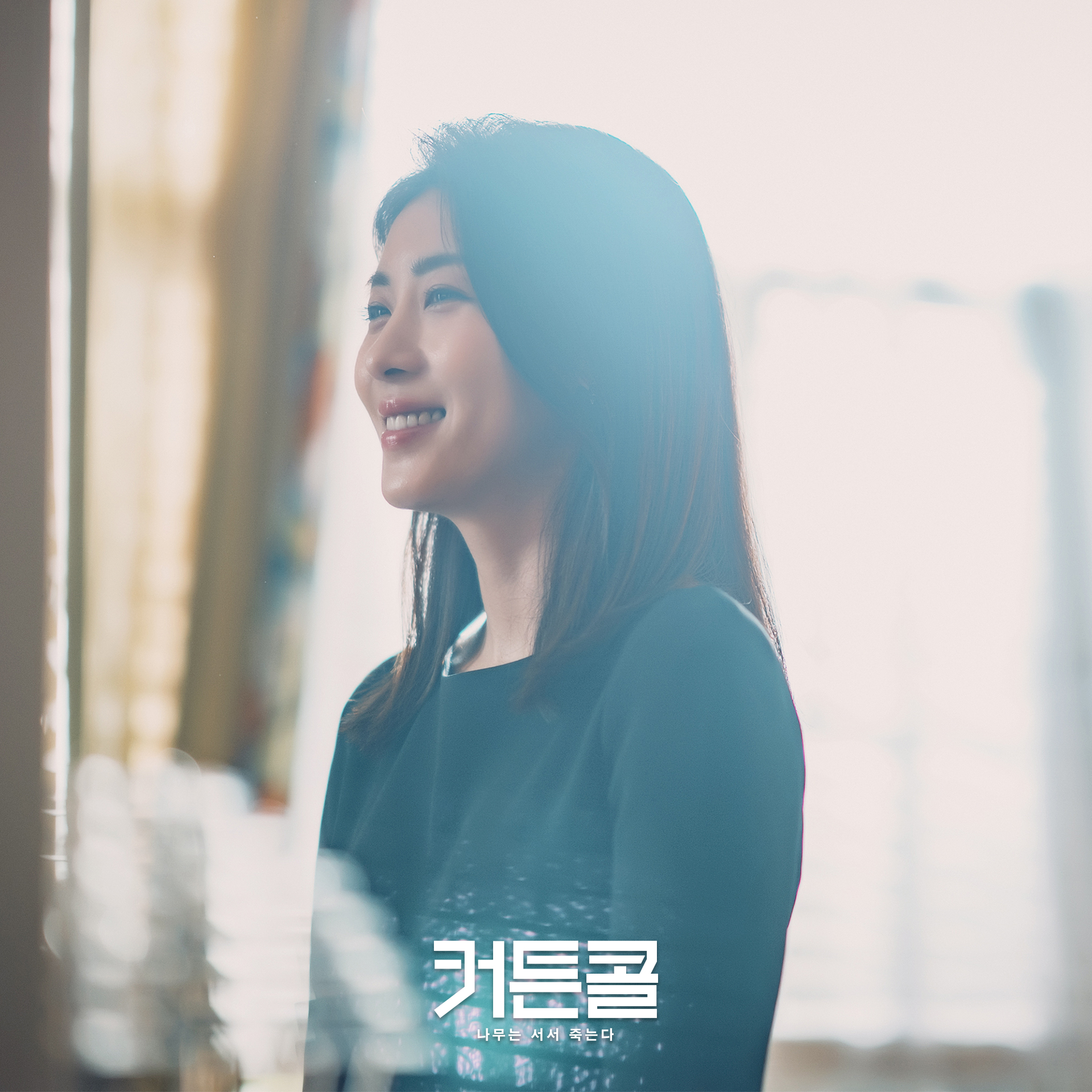 The stills also raise anticipation for the chemistry Yoo Jae Heon and Park Se Yeon will showcase as figures from two different backgrounds along with what kind of whirlwind they will bring to Ja Geum Soo’s (Go Doo Shim‘s) house as Yoo Jae Heon pretends to be her grandson. 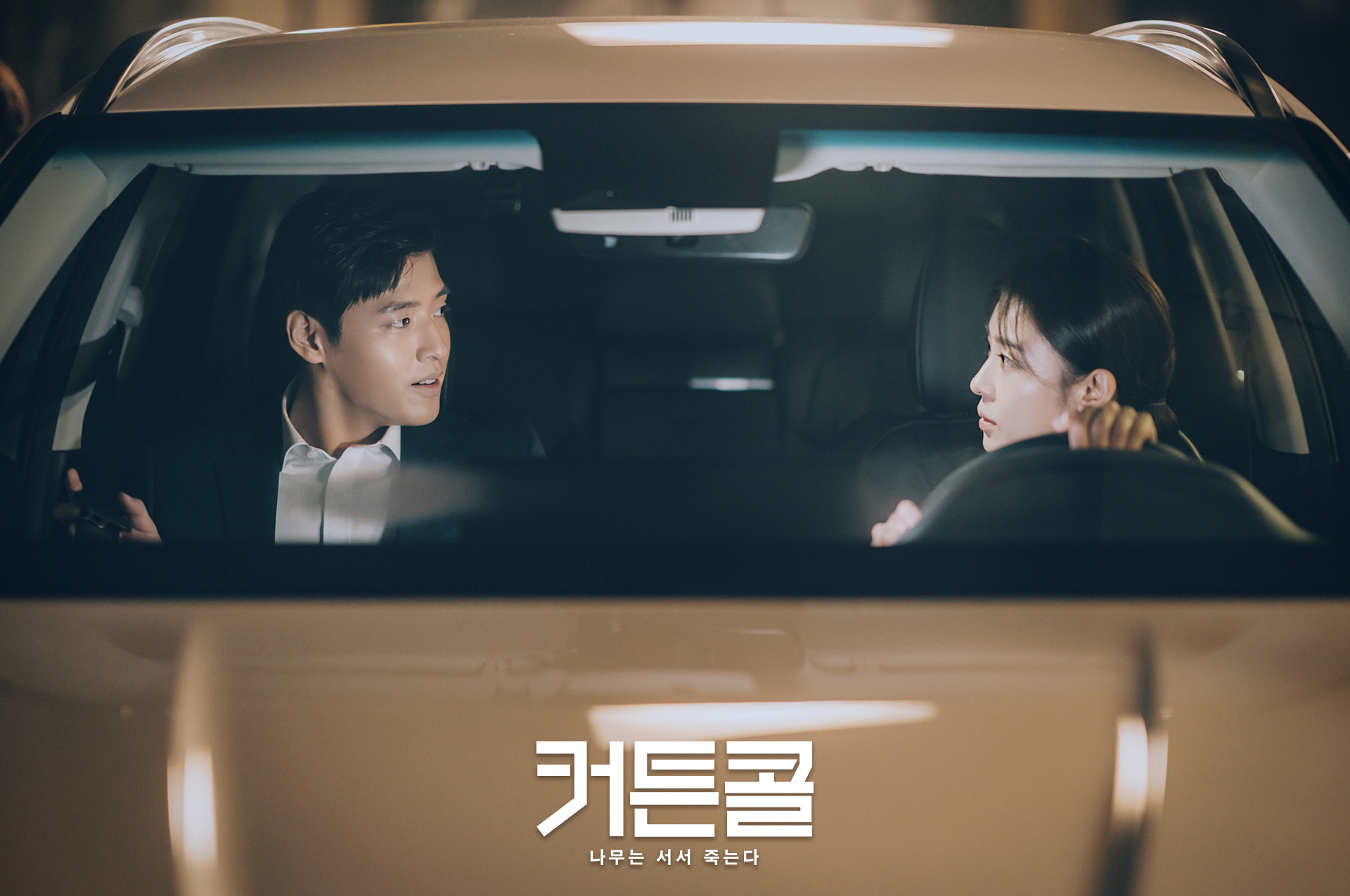 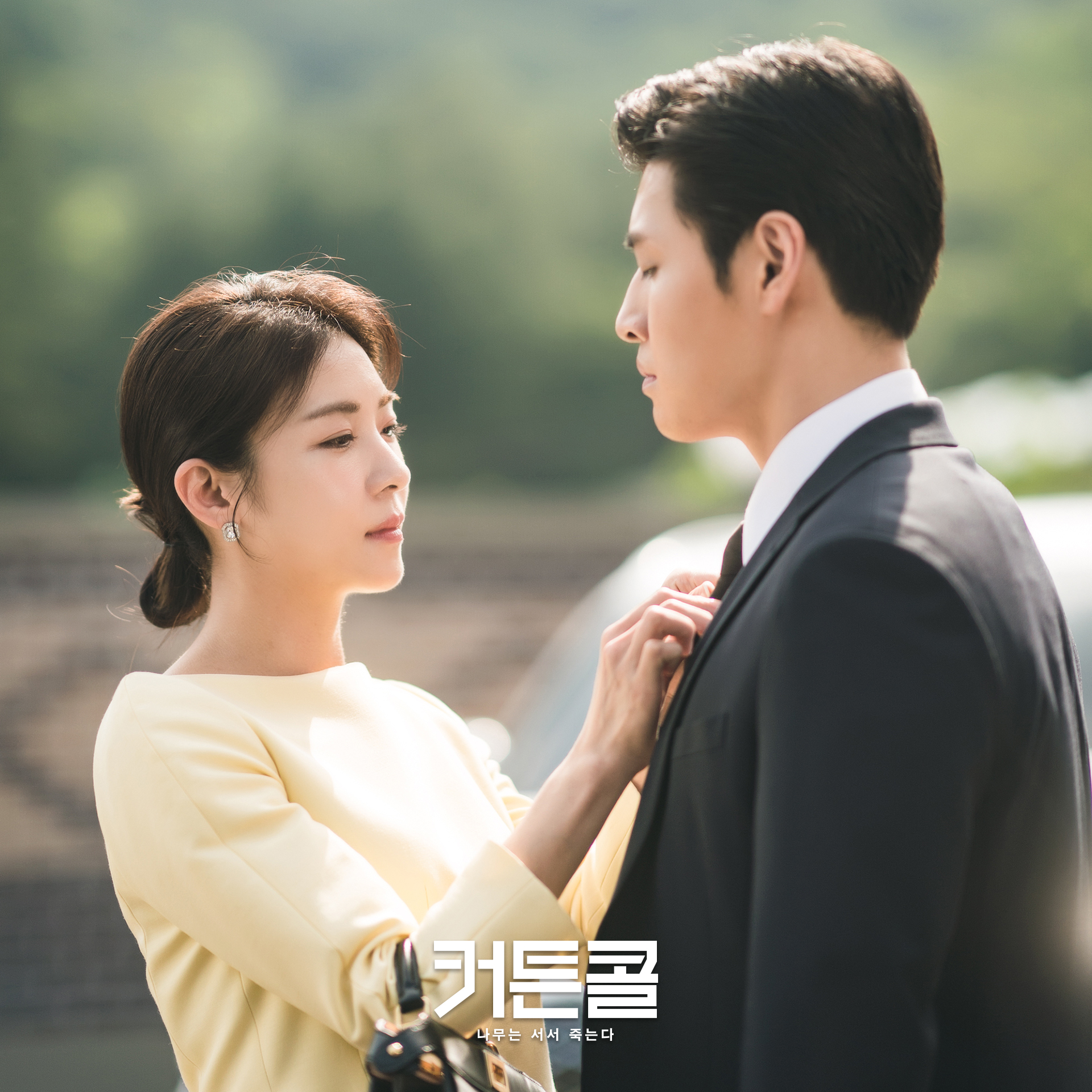 The production company shared, “The acting chemistry of the reliable actors sparked great immersion and emotions. In particular, we could feel their unparalleled chemistry from the scene of them standing together as a [visually stunning] couple, so they greatly raised anticipation all throughout filming. The two actors will once again prove the value of their lovable charms and acting skills.”

“Curtain Call: Trees Die on Their Feet” will air in October following the conclusion of “The Law Cafe.”

Also catch Ha Ji Won in “The Time We Were Not in Love“: