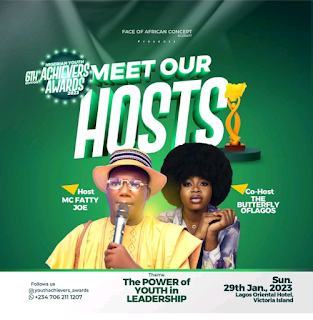 The organizers of the Nigerian Youth Achievers Award have made all necessary plans to honor Nigerian Youths that have distinguished themselves in diverse fields of life for the past year.

Program Director of the event, Amb. Abraham Lawal revealed to newsmen on Monday evening that the Theme for this year’s edition is “The Power Of Youth In Leadership”.

He noted that this year will mark the sixth edition of one of the most recognized, prolific, consistent, and outstanding youths’ Awards in Nigeria. Lawal was optimistic that the event will be greatly successful and was looking forward to receiving all awardees on Sunday 29th January 2023 by 4 pm. 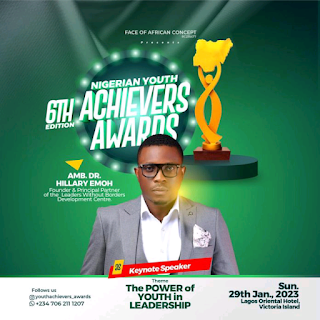 Amb. Dr. Hillary Emoh will serve as the Keynote Speaker while Amb. Samuel Takon Ojong will be serving as the Guest Speaker.

The event will be hosted by Mc, Fatty Joe while the Butterfly of Lagos serves as the Co-host. 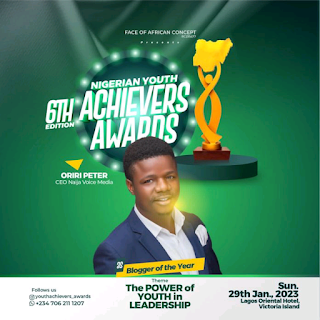 Other great personalities to be honored includes Queen Grace Eleojo, as Event Planner of the year, Alex Nwankwo, as Most Outstanding PR/Media Personality of the year, Prince Abduraheem Adeoye, as Most Creative Youth of the year, Comrade Oriri Peter, as Blogger of the year, Dangana Haruna Ibrahim, as Global Youth Ambassador of the year, Naomi Ribigbe as Model of the Year and Adeoye Olayinka as Photographer of the Year.

The event has been slated to take place at the Prestigious Oriental Hotel, Victoria Island, Lagos on Sunday 29th January 2023 by 4 pm prompt. 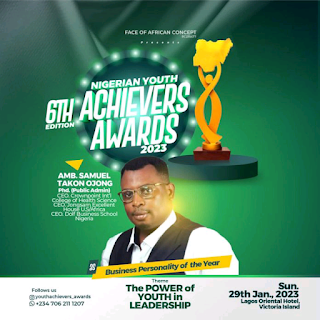 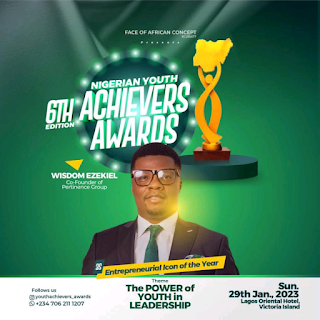 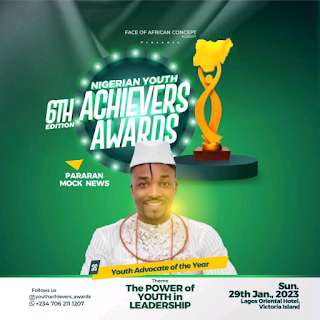 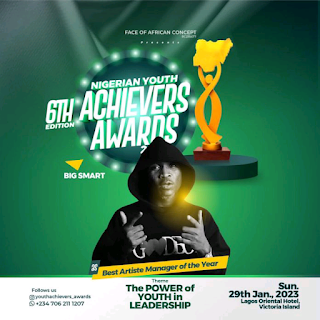 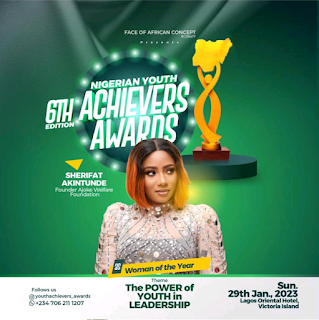 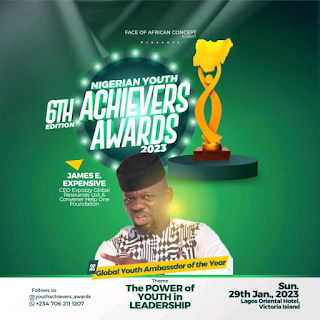 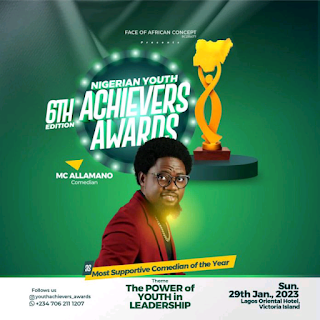 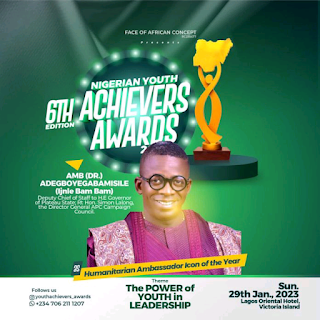 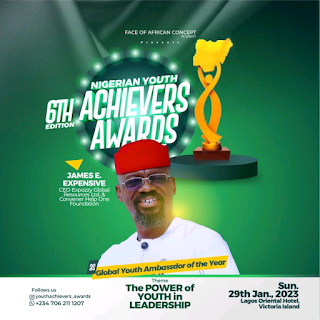 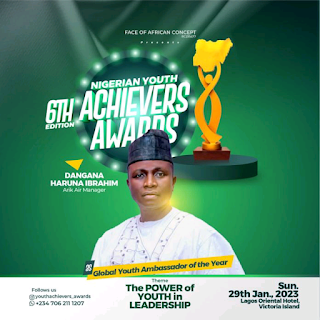 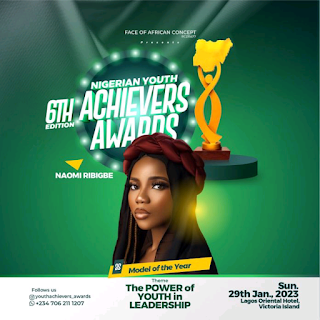 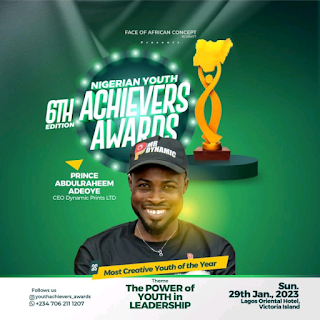 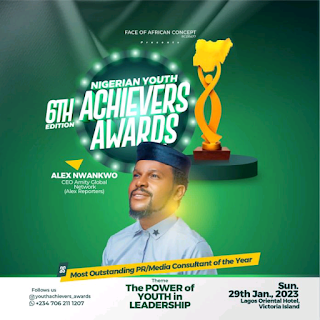 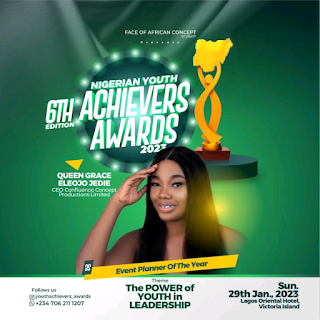 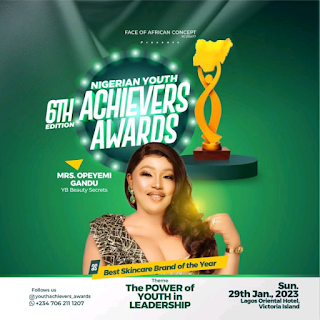 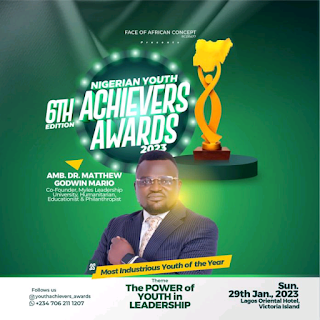 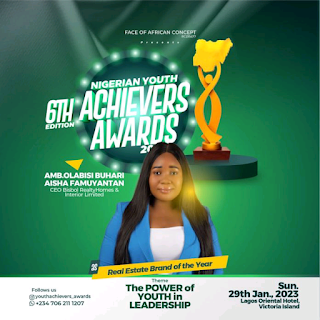 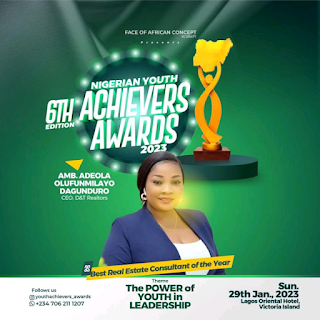 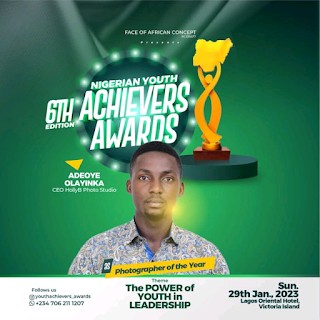