Popular Investigative journalist, Kemi Olunloyo has disclosed why she’s yet to tie the knot with any man.

According to the controversial journalist, she has been meeting a lot of married men who want to be romantically involved with her, despite having a wife at home. 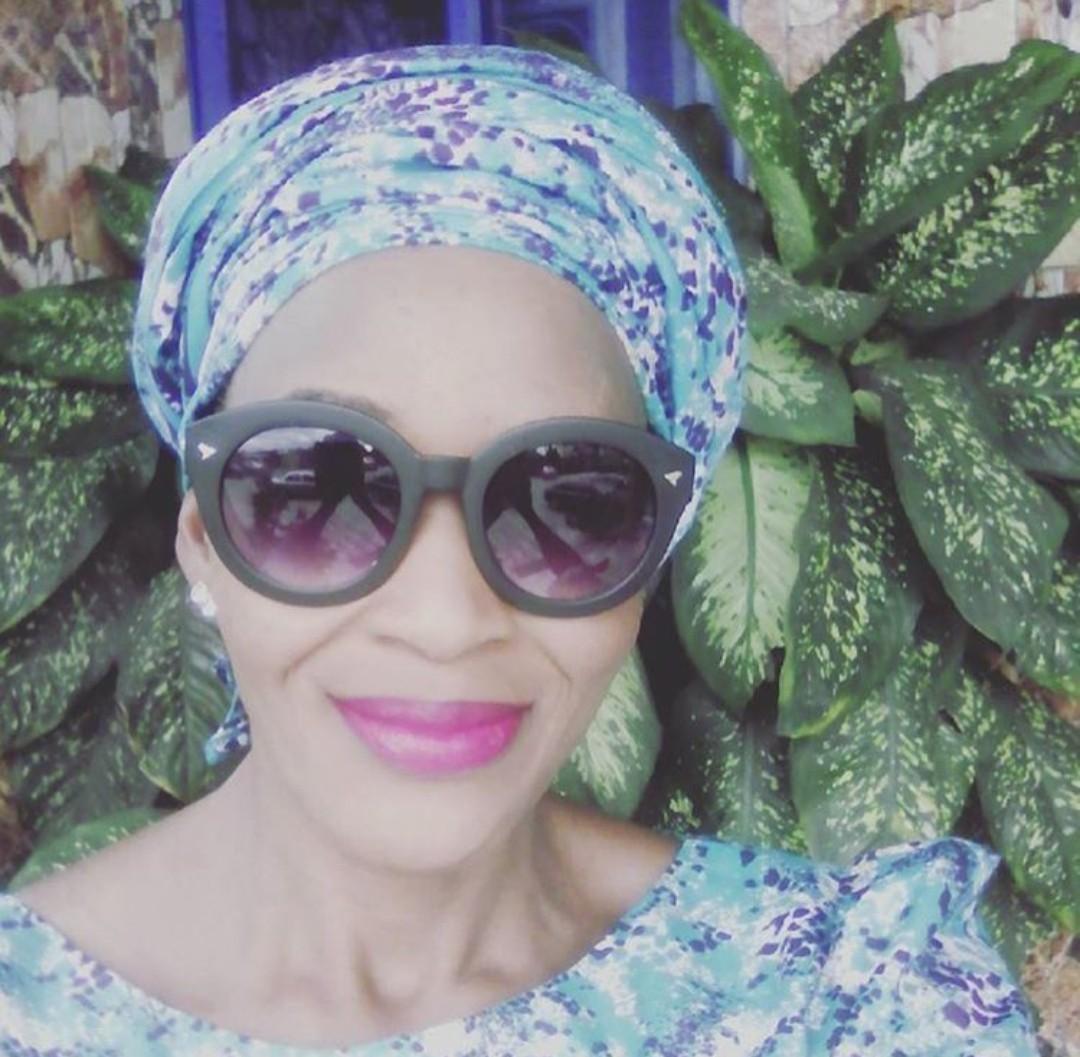 She said marriage is a scam for her, because she doesn’t understand why a man will keep a wife at home and still desire a side chick.

“Marriage is a scam. One of the reasons I’ve never been married is I meet a lot of married men asking me out on dates. I decline all the time. Imagine, a wife at home and you want a side chic”, she wrote. 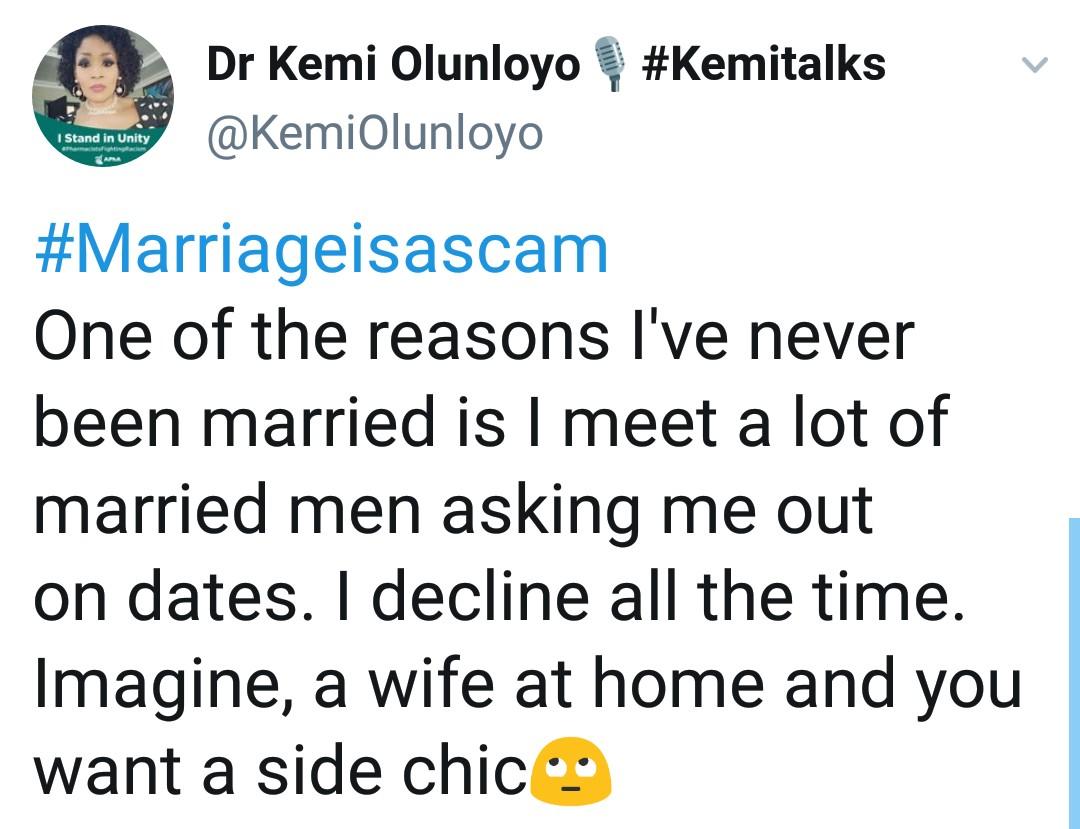