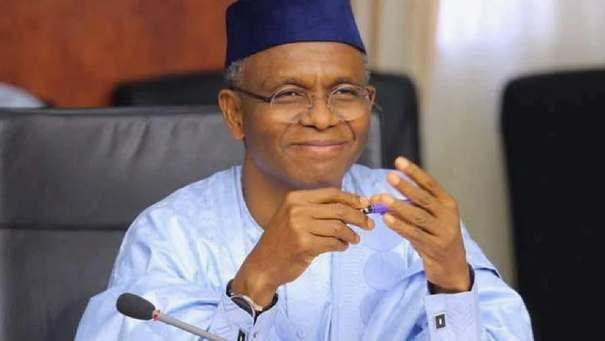 The Jigawa state chapter of the Nigerian Bar Association, NBA, has threatened to boycott the 2020 Annual General Meeting of the bar if the decision to withdraw the invitation of Kaduna state governor, Nasir el-Rufai, is not reversed. The NBA on Thursday, August 20, announced the withdrawal of Governor el-Rufai's invitation, following a protest by some lawyers who argued that the governor is well known for 'human rights abuse,' therefore shouldn't be invited to their meeting. In a statement released, the chairman of NBA in Jigawa state, Abubakar Garba, argued that the governor has not been given a fair hearing to defend himself of the allegations of human rights abuses some members of the profession leveled against him. The state chapter argue that if Governor Nyesom Wike who has been accused of human rights abuse can be invited, then they see no reason why Governor el-Rufai should be denied an invitation. Read the statement below 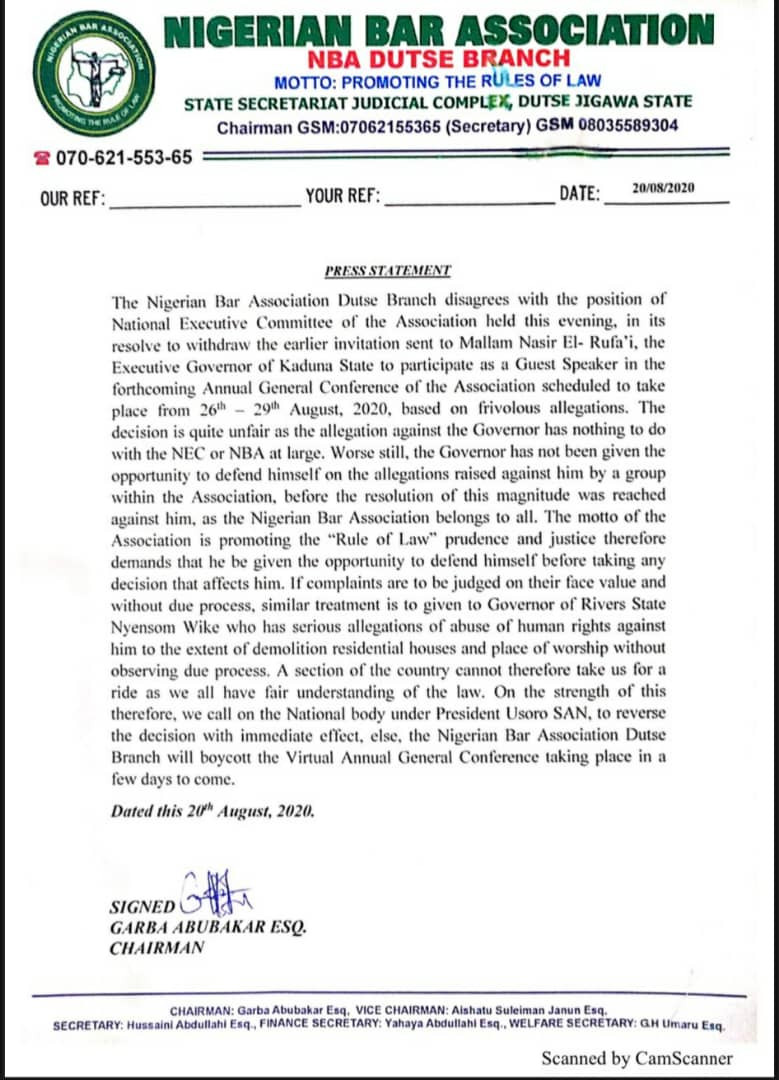 . Jigawa chapter of NBA threatens to boycott association’s AGM if the decision to withdraw El-Rufais invitation is not reversed Follow Linda Ikeji Blog.