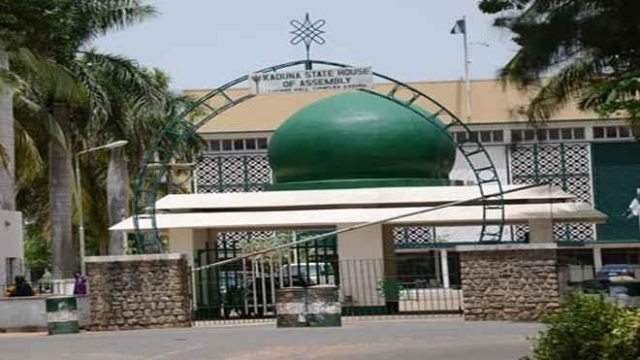 Three lawmakers have been suspended from Kaduna state house of assembly for 9 months, following the adoption of the report of the committee which investigated the fracas that occurred during its sitting on June 11. The former deputy speaker representing Basawa constituency Mukhtar Isa-Hazo, Nuhu Goroh-Shadalafiya of Kagarko constituency and Yusuf Liman-Dahiru, Kakuri/Makera constituency were suspended in line with the recommendation of the committee headed by Shehu Yunusa.  Five other members of the assembly were reprimanded and directed to apologise to the assembly in writing. They were also asked to publish the apology in a national daily within a week.. Kaduna former Deputy Speaker and two others suspended for 9 months Follow Linda Ikeji Blog.

“They beat me up and collected all my money”
What Is Reeky Cooking! Reekado Banks Set To Drop A New Ep “Off The Record” 1
To Top
X