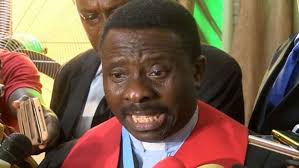 As the Christian fold in Nigeria continues to argue over the relevance of the new CAMA law signed by President Buhari, the President of the Christian Association of Nigeria (CAN),  Rev. Samson Ayokunle, has come out to say that lack of indiscipline in many churches in Nigeria has led to acts of sexual immorality, financial impropriety, gluttony, laziness, and other vices. Speaking at the ongoing Virtual Convention of the Baptist Church on Saturday, August 29, Ayokunle said there is no difference between an unbeliever and a Christian that lacks discipline in all spheres of life. His address at the convention with the theme ‘Moving Forward: Becoming a More Disciplined Church’, reads in part: “The church is now in a state where lack of discipline has led to many instances of sexual immorality, gluttony, financial impropriety, laziness, court cases, etc. The name of the Lord is being maligned in our society today because of the way Christians are behaving.Obscene dressing and all forms of impurities are happening in our midst. Some Christians cannot be trusted for any noble assignment. There appears to be no difference between them and the unbelievers.Money in particular has become the god of some (if not many) Christians, including church leaders! What a shame to the Church! The Lord of the Church is sad concerning the state of the Church. We are robbed of our powers and molested by the children of Satan because of our careless living.We came into the year 2020 with high hopes and aspirations. As individuals, families and organisations, we made plans and set goals for the year. In the month of February, the Covid-19 virus, which started in Wuhan, China, has become a pandemic. One after the other, nations of the world were shutting down. Nigeria was not left out.In the month of March, we experienced various lockdowns and different measures put in place by the Federal Government, among which is non-gathering of large numbers of people in the public place. This was why our Convention in Session scheduled for 24th to 29th of April was postponed.You would agree with me that this year’s convention is a peculiar one in that it is the first virtual Convention in Session we are holding in the history of the convention. I appreciate all who have joined us from different parts of the country and various parts of the world. Blessed be the name of the Lord for His unfailing mercies over our lives.” he said Speaking further, Ayokunle said''The body of Christ has come a long way but if we would move from where we are present to where we ought to be if we would not be swept away by the wave of indiscipline and immorality that is daily tearing the fabric of our society and the world at large, we must continue to emphasize discipline in the House of God.It is through discipline that we would remain holy and enter the kingdom of God! Hence this year’s convention is a call to self-examination as individuals, family, church, convention.” . Lack of discipline in Nigerian churches has led to sexual immorality and financial impropriety-CAN president Follow Linda Ikeji Blog.