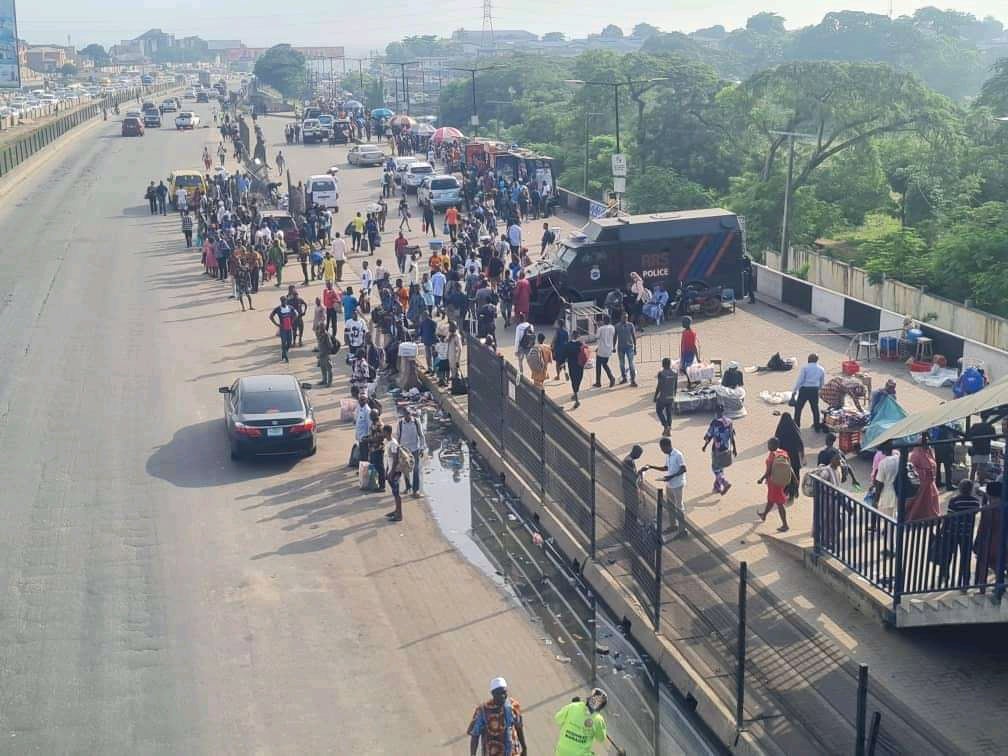 Many commuters in Lagos were stranded on Monday as the Joint Drivers’ Welfare Association of nigeria (JDWAN) commenced a seven-day strike over “multiple and excessive extortions” by the Parks Management Committee headed by Musiliu Akinsanya, popularly known as MC Oluomo.

Members of the group include commercial vehicles popularly known as Danfos, and mini-buses locally known as Korope.

At the Agege, Alimosho, Ifako-Ijaiye, and Ikeja local government areas of the state, large crowds were at scores of bus stops as commuters jostled for a few available buses who hiked transport fares by up to 100%.

While some commuters grudgingly paid the high fares to connect to their destinations, others took to trekking long distances. The situation, coupled with the lingering fuel scarcity, worsened movement in Lagos.

Some mini-bus drivers, who spoke to the press, lamented the “extortion” by the state-controlled parks management committee. The bus drivers who spoke anonymously alleged that all they make daily are collected by MC Oluomo’s lieutenants through multiple taxes.

In a statement, JDWAN’s lawyer, Ayo Ademiluyi lamented “excessive and illegal ticketing and tolling” at almost every bus stop in the state.

According to him, commercial bus drivers have been sentenced to extortion and violent harassment by MC Oluomo’s men.

On a daily basis, we lose half of our income to the motor park boys. We pay exorbitant charges in the garages and at every bus stop where we drop off passengers, whether we pick up passengers or not, we pay morning, afternoon and night. Some routes have 25 bus stops which also serve as illegal tax collection avenues.

When we resist the extortion, we get arrested and pay N10,000 for bail to the police while the motor park boys go scot free and we also have to bail our buses separately.

Lagos drivers also pay for entertainment, security, unit chairman’s food, and many other ridiculous levies with the threat of violence at any slight refusal by the drivers. This is the exact case of the popular parlance on the exploitation of labourers, “baboon dey work and monkey dey chop”.

Lagos commercial drivers work like elephants and eat like ants while the urchins under the aegis of motor park workers take a large chunk of our earnings. We can hardly fulfill our contractual obligations with our business partners, feed our family or afford maintenance or repair of our vehicles.

The commercial bus drivers demanded that only Lagos State Government’s ticket should be the only ticket in Lagos.

“We kick against paying motor park thugs at every bus stop. All illegal money paid after we leave the garages and parks should be abolished immediately. Harassment of law enforcement agencies & intimidation with guns, cutlasses, and broken bottles by LASTMA (Lagos State Traffic Management Authority), task force and RRS (Rapid Response Squad) must end immediately. They collaborate and hire thugs to attack and extort us every day without violating any law.