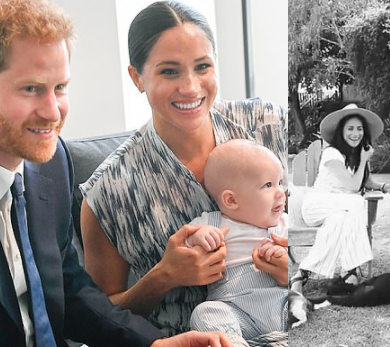 Meghan Markle praised Prince Harry for being a proud "feminist" and for setting a "beautiful example" for their son Archie by being so "comfortable" advocating for women's rights.  The Duchess of Sussex sat down for a 'backyard chat' with Gloria Steinem. During the chat, Meghan, 39, recalled a moment when Harry, 35, proudly told Gloria: "You know that I'm a feminist too, right Gloria?! It's really important to me that you know that." Meghan shared the sweet story in a written Q&A for female empowerment platform Makers Women, during which she and Gloria, 86, discussed a range of issues, including voter suppression, women's rights, and the importance of representation. 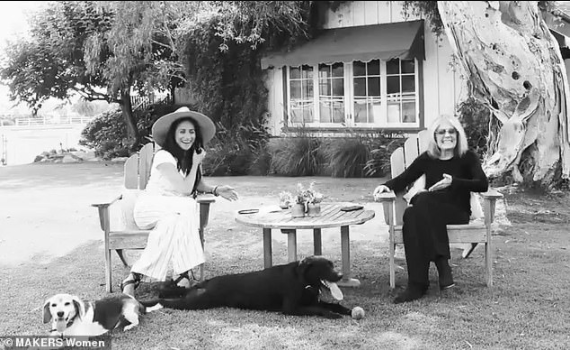 Speaking about how her own understanding of feminism has evolved over the years, Meghan praised Gloria for being such an inspiration to her. Meghan then named her husband as a perfect example of a man who is both a feminist and "masculine".  Responding to Gloria's point that it is possible to be "a feminist and be masculine and a guy", Meghan said: "Like my husband!" She then went on to recall a conversation that she and Harry had with Gloria, saying: "I love that when he just came in he said, 'You know that I’m a feminist too, right Gloria?! It’s really important to me that you know that.' " "But you need that," Meghan continued, noting how important it is for her that her one-year-old son is able to look up to Prince Harry.  She said: "And I look at our son and what a beautiful example that he gets to grow up with a father who is so comfortable owning that as part of his own self-identification." Meghan added: "That there’s no shame in being someone who advocates for fundamental human rights for everyone, which of course includes women." Gloria also complimented Harry's parenting skills. She described the royal as a "nurturing father" who will ensure that Archie "will grow up knowing it's OK to be loving and nurturing."    The women also spoke about the importance of voting – particularly among women and people of color.  In her introduction to the Q&A, Meghan highlighted a quote from Gloria that stuck out to her most during their chat: "If you don't vote, you don't exist." "These words from Gloria Steinem have stuck with me since she first spoke them during this conversation," Meghan wrote. "Throughout our friendship, we’ve spoken of our shared beliefs surrounding women’s rights, the need for representation and the very timely conversation on voting." Meghan said that she believes "we vote to honor those who came before us and to protect those who come after us", adding that Gloria is one of the women she honors when she casts her vote. . Meghan Markle praises Prince Harry for being a proud ‘feminist’ and for setting a ‘beautiful example’ for their son Archie Follow Linda Ikeji Blog.