Beautiful Ghanaian actress, Juliet Ibrahim, recently joined a host of others to share her unfortunate attempt at love, which left her brokenhearted. 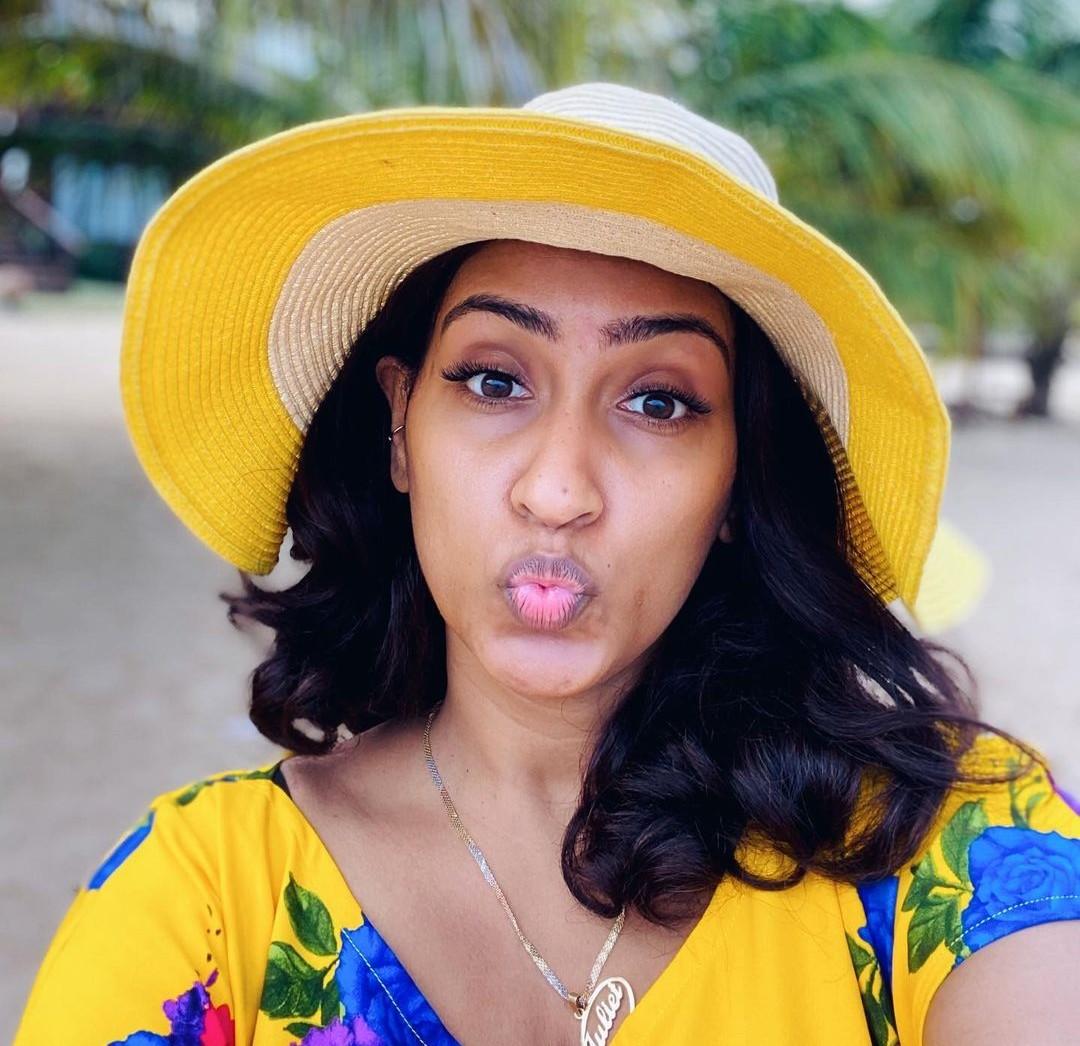 According to Juliet, her first heartbreak happened when she caught her ex boyfriend in a relationship with her cousin and friend at the same time.

Apparently, she was in love with a play boy who was rolling with her, her cousin and friend at the same time.

“I found out and I cried my eyes out,” Juliet said on Instagram. She stated that she got over him afterwards, and mended her broken heart and left him for her cousin and friend to fight over. 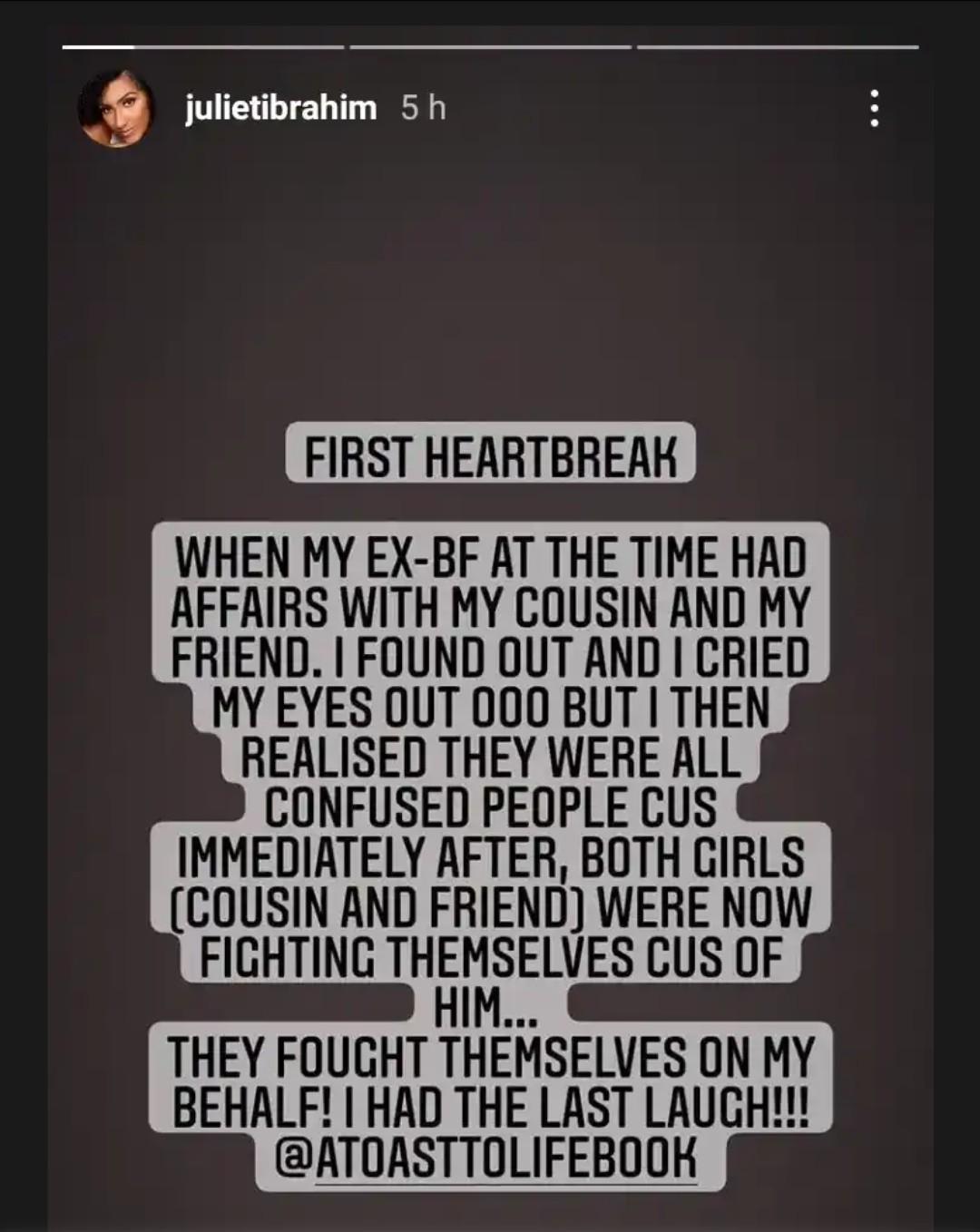