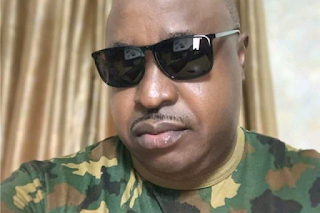 James until his death was the Monitor General SEC 40 of the National Institute for Policy and Strategic Studies, Kuru, Plateau State.

According to the information regarding the tragedy as provided by the Welfare Officer of SEC 40, ACM Kayode Olagunju, James died from injuries sustained from the accident.

“He died from injuries sustained from a knockdown on the road yesterday (15/11/22) evening in Lagos.

“May his soul rest in peace. Our condolences to the family, AANI, especially the SEC 40. May the Lord console all and grant the fortitude to bear this irreplaceable loss. So sad.”