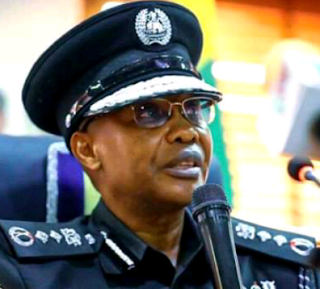 The Inspector General of Police, Usman Alkali Baba, on Thursday insisted that there is no security threat in Abuja, the nation’s capital.

On Sunday, the US and United Kingdom both warned of a possible terrorist attack in Abuja, the nation’s Federal Capital Territory (FCT).

According to the warnings, the attack would be especially aimed at government buildings, places of worship, schools and other centres where large crowds gather.

But in a statement by Force spokesman, Olumuyiwa Adejobi, the IGP reassured Nigerians and other foreign nationals of their safety within the country.

The police chief emphasized this while charging all Strategic Police Managers in charge of Commands and tactical formations within the country to beef up security in their respective jurisdictions, especially in the FCT.

He reiterated the commitment of the Nigeria Police in securing lives and properties, noting that the Force will achieve its mandate in collaboration with other security agencies.

“The IGP, therefore, allays the fear of residents in the FCT and admonishes them to go about their lawful businesses and normal social lives/engagements as all hands are on deck to nip any security threat in the bud and respond to distress calls promptly,” the statement read.

“The IGP similarly reiterates the commitment of the Nigeria Police to eliminating all threats, as well as protection of lives and property of all residents of the country.”

Baba similarly directed that all emergency numbers across the country should be activated to full capacity for a 24/7 prompt response with combatant officers and men on standby to respond in case of emergency situations and distress calls.

He appealed to FCT residents to remain vigilant and report any suspicious or abnormal occurrence and persons to the Police.