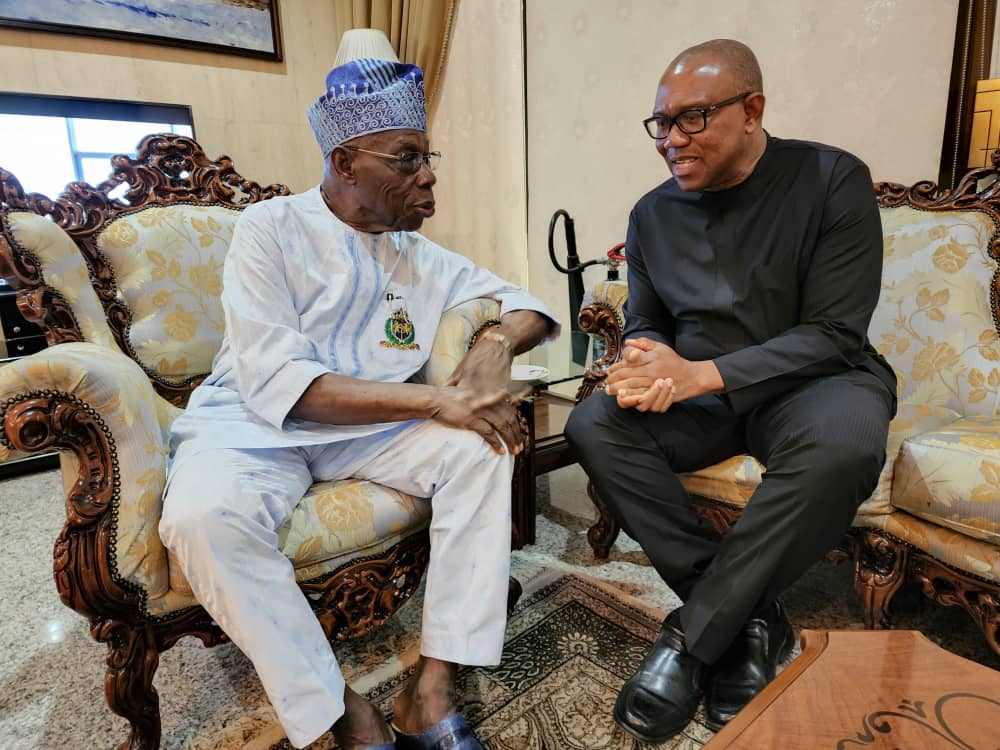 Former President Olusegun Obasanjo has said that only an “unpatriotic and bad Nigerian” would vote for a candidate with bad character.

Obasanjo spoke on Thursday in Abeokuta, the capital of Ogun State, while featuring in an interactive session of the Experiential Leadership in Africa with the theme “Executive Decisions, Indecisions, and Leadership Development in Africa.”

While defending his choice of Labour Party’s presidential candidate, Peter Obi, the former president said Obi was his preferred candidate for the presidency.

The PUNCH reports that the former president, in his New Year message to Nigerians, entitled “My appeal to all Nigerians, particularly young Nigerians,” expressed his support for Obi.

While reacting to a statement that he endorsed Obi, Obasanjo insisted that he did not use the word “endorse,” but he only gave his opinion on the candidates.

Whether the letter is open or not, what I believe is that I will be punished by God if I know what is right and I do not put it where it should be.

The word I used is that one particular candidate has an edge. Taking everything together, I take the character, track record, vision, and what you see in this man as a child of God.

I have done this before. I said President Buhari does not understand the economy, and that is true, and you have seen it. I wasn’t running him down; that is what he is, and he will admit that.

I said his (Buhari’s) understanding of foreign affairs is also very limited because, when he was military head of state, he said his frontline does not go beyond the borders of nigeria; that is a pity.

But what then do you have? I wrote a letter that was almost six and a half pages long and then only had one sentence – ‘why should you, as a Nigerian, vote for someone whose character, reputation, and life you would not want for your children?

You are either wicked, unpatriotic, or a truly awful citizen of this country, and if this is who you are, what do you want God to do with you?

For the last three days, I have had about 35 youths who I have been talking to, and they have all told me that education, security, and corruption are what they are concerned about; the question is, who then can do it?