“The owners of five bodies out of the 26 have taken them for burial according to their culture,’’ those were the words of Father Isaac Achi, then Catholic priest in charge of St Theresa Catholic Church, Madalla, Niger State, that was hit by Boko Haram on Christmas Day in 2011. The priest, who survived that […]
The post OBITUARY: Father Achi, priest who was burnt to death after surviving Christmas bombing, gunshot, kidnapping appeared first on Daily Trust.

“The owners of five bodies out of the 26 have taken them for burial according to their culture,’’ those were the words of Father Isaac Achi, then Catholic priest in charge of St Theresa Catholic Church, Madalla, Niger State, that was hit by Boko Haram on Christmas Day in 2011.

The priest, who survived that incident, where 44 persons were killed, was burnt alive in the early hours of Sunday at his residence opposite Kafin-Koro Secondary School in Paikoro Local Government Area of Niger State. The deceased priest hailed from the area and was celebrated as the first indigenous Catholic priest from Gbagyi/Koro land.

After his ordination on January 7, 1995, Father Achi was later transferred to Minna Archdiocese of the church from where he was moved to different parishes. He was drawn into the church in his early childhood and was very magnificent until the killers cut short his life’s journey.

According to the police, his assailants decided to burn down the building when they could not access where the priest was. 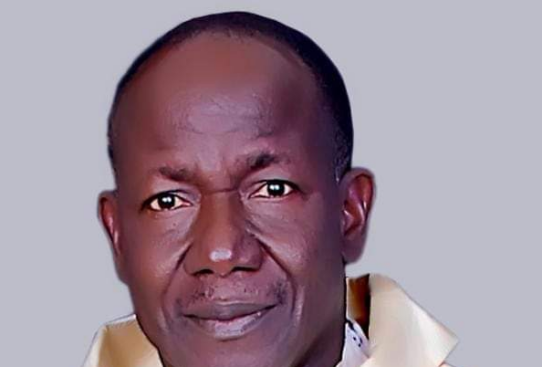 The late Reverend father was said to have survived multiple attacks. According to a family source, Father Achi was abducted in Madalla and spent days in captivity until his church members raised some ransom before he regained freedom.

Still in Madalla, the priest was shot on his jaw when he went to bless a child during a naming ceremony. Gunmen were said to have invaded the house and started attacking persons when the priest, said to be giant statured, stood up to them. He was flown abroad for treatment but the mark was visible on him afterwards.

One year remembrance of the suicide attack victims

Then came the Christmas Day bombing that caught global attention. A Boko Haram suicide bomber had struck around the church leading to the death of 44 persons, many of whom were parishioners. Some persons also sustained injuries. When Sanusi Lamido Sanusi, former Governor of Central Bank of nigeria (CBN), paid a condolence visit to the church, the late Achi told him that seven hospitalised victims of the Christmas Day bombing had gone blind.

One year after Father Achi conducted the requiem mass for victims of the devastating attack, he stood before the congregation and appealed to them to learn to forgive all those who deliberately hurt them. He said those who perpetrate evil against the state and innocent citizens require prayers. The priest called on the people to remain prayerful, saying the power of prayer and love can overcome all situations.

Although the missionary journey took the late Father Achi to different parts of the country, he was still in touch with his people, putting smiles on faces.

Paying tribute to the deceased, one of his nephews who craved anonymity, said, “The last time I spoke with him was in June 2022, but I saw him last in 2019. I went to this very house where he was killed and I could remember him telling me that his anniversary was around the corner and that I should try to make it. Unfortunately, I couldn’t make it because I was not chanced.

“A lot of people looked up to him. I remember how I went to see him for advice when he was even in Shiroro (still in Niger). He was someone who counselled the youths, and he sponsored many people to universities across nigeria. I know more than 15 who have graduated while some are still in school. He had a large heart. We will surely miss him. What I will miss about him most is that in the family, he was the most elderly. Everybody ran to him for advice or anything that had to do with career mentorship.”

John Amos, a native of Kaffin-Koro based in Nasarawa, spoke on the attack.

“People who went there this morning said Father Achi made many calls for rescue but nobody showed up. He was in the building with one other Revrend father, the one who was shot in the arm. The other Reverend father was the one who saw them because they broke into his own apartment. The place is like a motel where you can receive some other guests. I have slept there before; the place has different rooms.

“So, obviously when they got into one of the flats, that was when they shot the other father in the shoulder. When they were asking him where Rev Achi was and they could not access his flat which was well protected, so they decided to set it on fire.

“The police even in Kaffin-koro couldn’t do anything. How many of them were on duty when it happened? They were like two or three. They had to send message to Minna and Minna to Kaffin-Koro is like over 73 kilometers. That’s the reason Minna command couldn’t get there.” 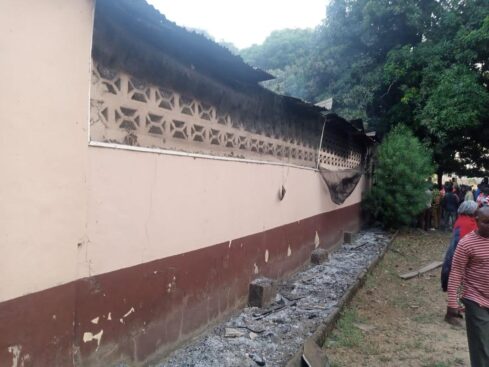 Like others, Dr Kumdong Bindul Nostra, an author, had good things to say about the deceased priest.

In one of his books, he wrote, “It was half past twelve and the magnificent church was empty, apart from a couple of elders of the church and Reverend Father Achi, the head and general overseer of the Catholic Cathedral Church at Naki. It was one of the oldest and biggest churches in the country. Its high ceilinged and its windows were amply large. Behind the church was the mighty river Naki with ice which was breaking up and crumbling down due to the bitter global warming. People went down everyday to SEE the huge chunks of ice tumbling against each other like the wall of Jericho. They crashed into the gentle, well behaved and quiet waters. Many of the chunks finally got drowned as they sunk down to the deepest level or sometimes got completely melted adding volumes to the water. Everyone seeing that knows that the world was gradually coming to an end. The place was always teeming. It’s like hell where people arrived unceasingly.

“Reverend Father Isaac Achi is a pretty cool headed man who had stolen the hearts of people everywhere he went. He celebrated five hundred years of priesthood last October. He also marked the twelfth anniversary of his ordination as a Reverend Father two days ago at a mass that was attended by forty other Reverend Fathers. Among the Reverend Fathers who attended the Mass were Fr. Vincent, Fr. PaulBawa and Fr. Musa. It was incumbent of them to attend the mass as it was an ecumenical thanksgiving mass service.”

Father Achi has now gone to a place where he would no longer be troubled. He is comforted by Mathew 10:28, “Do not be afraid of those who kill the body but cannot kill the soul. Rather, be afraid of the One who can destroy both soul and body in hell.”