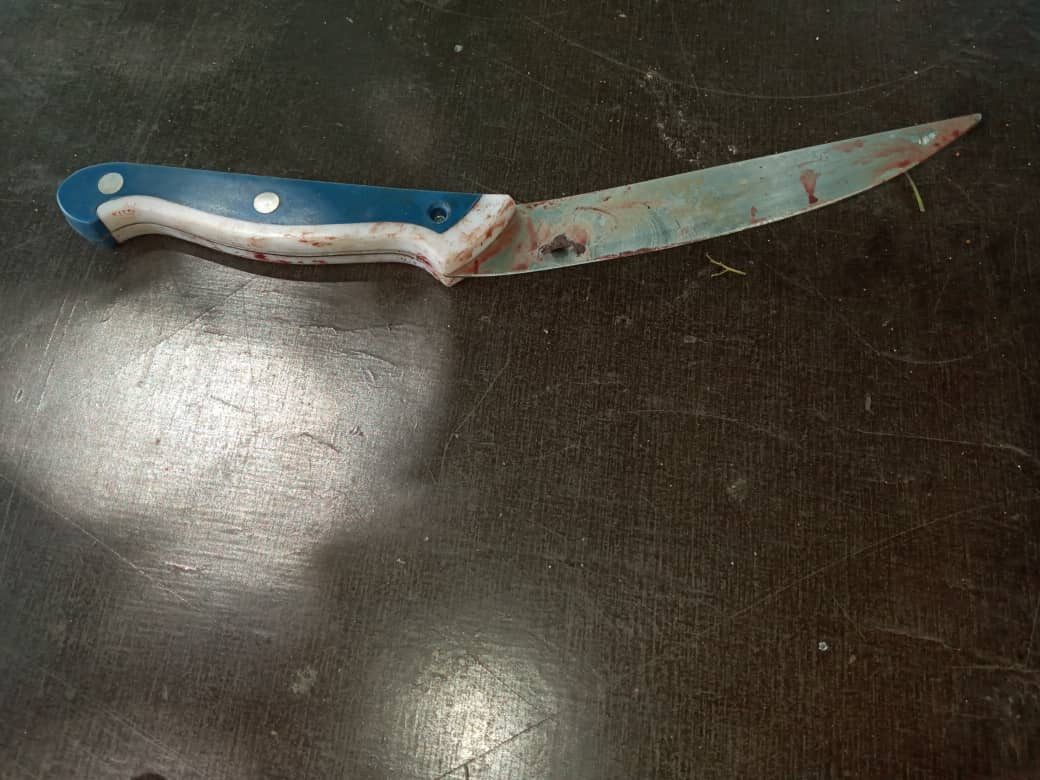 The Anambra state police command has arrested one person in connection with the alleged murder of a 43-year-old man, Azubuike Ekwegbalu, at Commissioners quarters in Awka, the state capital in the early hours of today Sunday, August 9. A statement from the spokesperson of the state police command, Haruna Mohammed, said the police received a report that Azubuike had been murdered. ''Following the report, Police detectives attached to B' Division Awka led by the DPO CSP Emma Ogbuanya visited the scene and rushed the victim who was found in a pool of his blood to COOUTH Awka for medical attention where he was certified dead by the medical doctor on arrival. Corpse was deposited at the hospital mortuary for autopsy.'' Haruna said The police spokesperson said a careful observation on the deceased body revealed stab wounds while a blood-stained kitchen knife (pictured), was also recovered as exhibit at the scene.  Haruna added that one suspect who allegedly was in the premises was arrested. He said the case is under investigation to unravel the circumstances surrounding the incident.. One arrested over murder in Anambra Follow Linda Ikeji Blog.