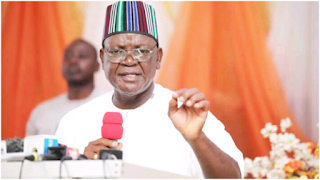 The Benue State Governor, Samuel Ortom, on Wednesday, joined other Nigerians calling for the extension of the deadline to drop the old naira notes.

The call is coming after the Central Bank of Nigeria on Tuesday insisted that there was no going back on the stipulated deadline despite appeals by the National Assembly, key stakeholders and bank customers.

Ortom made the appeal in Makurdi when he received the Governing Council of Joseph Sarwuan Tarka University.

He noted that going ahead with the January 31st deadline was tantamount to further increasing the pains of Nigerians.

He said, “The visible sign is that there are a lot of people, particularly in the rural areas to transfer the old notes. As governor, am yet to see the new naira notes.

“This is the reason I will join other Nigerians to look at this critically so that we don’t worsen the condition of our people.

“It is an understatement to say that our people are suffering in Nigeria. People are going through pain in this country things are not okay at all. Am calling on the president to look into it and extend the deadline.”