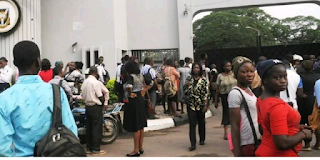 As university students resume school this week, parents are in deep worry over the economic challenges ahead of them.

It was reported that the Academic Staff Universities Union, ASUU, had last week called off its eight months industrial action.

All the universities under the union are expected to resume academic activities on Monday, October, 17, 2022, with the university system having lost an entire session.

Some parents and guardians in Uyo, Akwa Ibom State capital, expressee divergent views on Sunday as they spoke to our reporter

One Mrs Hannah Obi whose ward is a second year Engineering student in Micheal Okpara University expressed joy that the strike has been eventually called off but regretted that it was happening at a period when things are very difficult in the country.

She noted that the cost of living eight months ago is not the same presently, adding that the price of goods and services have skyrocketed, making it extremely difficult for her to within three days raise funds that can be enough to Send his ward back to school.

Her words, “Yes I am happy that ASUU has called off the prolonged strike. A child that was supposed to be graduating by now is still in school due to the strike. The issue now is that I am not buoyant presently for him to go back because the cost of living in the country is high and as a parent, you have other things to take care of.

“If Nigeria is a country where things work as they should, no one should be complaining of lack of funds to Send his child back to school having known that it is your statutory obligation.”

Also speaking one Patrick Effiong stated that children’s education has to do with planning, saying that he had saved up some money for the rainy day, but regretted that unforeseen circumstances came up last week to strip him of the resources.

Effiong noted that the only option left for him was to borrow money with a little interest from money lenders to enable him Send back his children to school on Monday, expressing hope that he would pay back before the end of November.

“Everything that has to do with my wards’ education must be planned. Having experienced over eight-months-strike embarked upon by ASUU, as a parent, it is incumbent on me to prepare that one day the strike would be called off.

“The little I saved up, some needs arose which must be solved, but then, you cannot tell your child whom you have been longing for to go back to school that you do not have money to Send him back to school, you are left with no option than to borrow to meet their demands.

“Again, even though things are hard, it is a sacrifice because as parents, education is the most important asset you can give to your children,” he said.

Also speaking, one Mrs Mary Tom said she is a salary earner and that the date the strike was called off was not favorable for her, as her salary has been exhausted.

She disclosed her intentions to get a salary advance from her office to enable her to Send her ward back to school.

“For me as a person, I have other children I am taking care of, it is good news that the strike has been suspended. As much as I knew that the strike would be called off one day and have saved money for it, family needs keep coming up and we had to spend the money.

“Since I don’t want my children to stay at home till the end of the month, I’ll go for a salary advance to help augment the little we have,” she said.

However, despite the financial difficulties parents are facing currently in sending their children back to school, they are still happy that the strike is over.