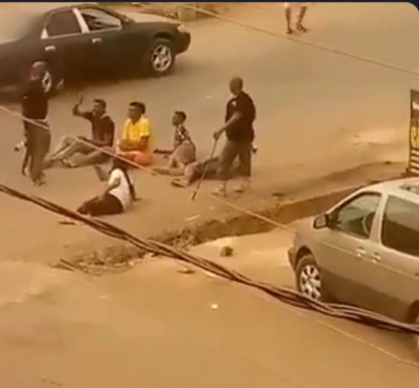 Some policemen have been spotted in a viral video flogging some young men with sticks in Orlu, Imo state.

While the cause of the incident is still unclear at the time of filing this report, it is however coming after Governor Uzodinma imposed a curfew in the local government and others, after a violent clash between soldiers and operatives of IPOB’s Eastern Security Network (ESN).

Twitter user, @sugarr10 who shared the video said it occurred on the morning of today January 27. 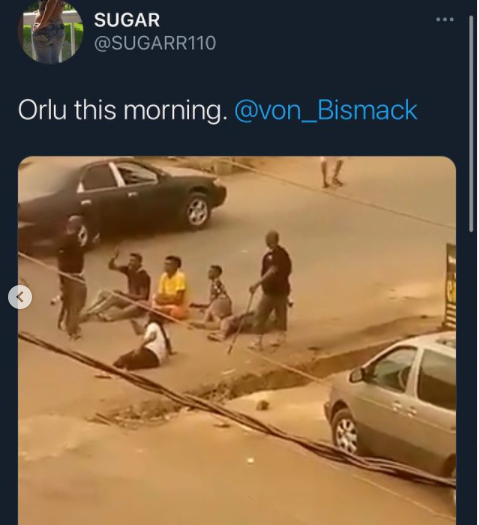