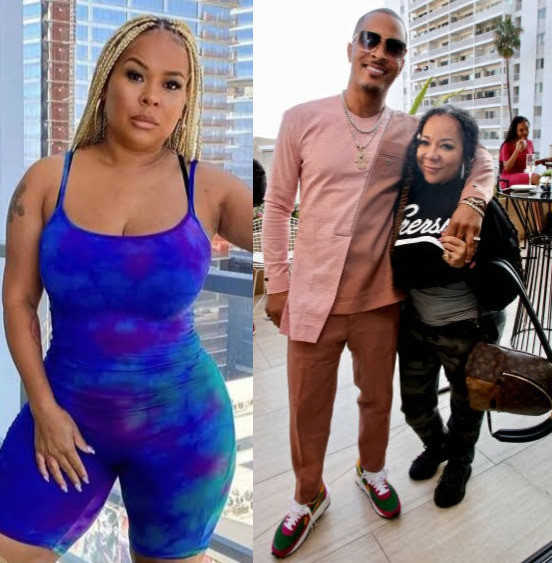 Clifford Harris Jr., popularly known as T.I. may be in trouble with the law after he was accused of pulling a gun on his wife’s friend.

The 40-year-old U.S. rapper is accused of putting a gun to the head of Glam University owner Sabrina Peterson because she was loudly critical of him.

Sabrina claims on Instagram that T.I. put a gun to her head in front of his wife, Tameka “Tiny” Harris, and some children.

She said it happened a long time ago and he went on to make songs about it. She added that she didn’t report to the police neither did she tell anyone.

Though she didn’t file a police report on T.I. at the time it happened she decided to come out now as a plea to Atlanta Mayor Keisha Lance Bottoms to stop using T.I. as an example of a positive role model in the community.

Mayor Bottoms chose T.I. to be part of her transition team when she was newly elected as mayor. And Sabrina tagged her to her post about T.I. to let her know that T.I. ” isn’t the right” person to speak for women.

Sabrina wrote: “LETS TALK! @keishabottoms YOU CANT HAVE A PERSON THAT HAS VICTIMIZED WOMEN SPEAK FOR US! Let’s have a real TALK!” 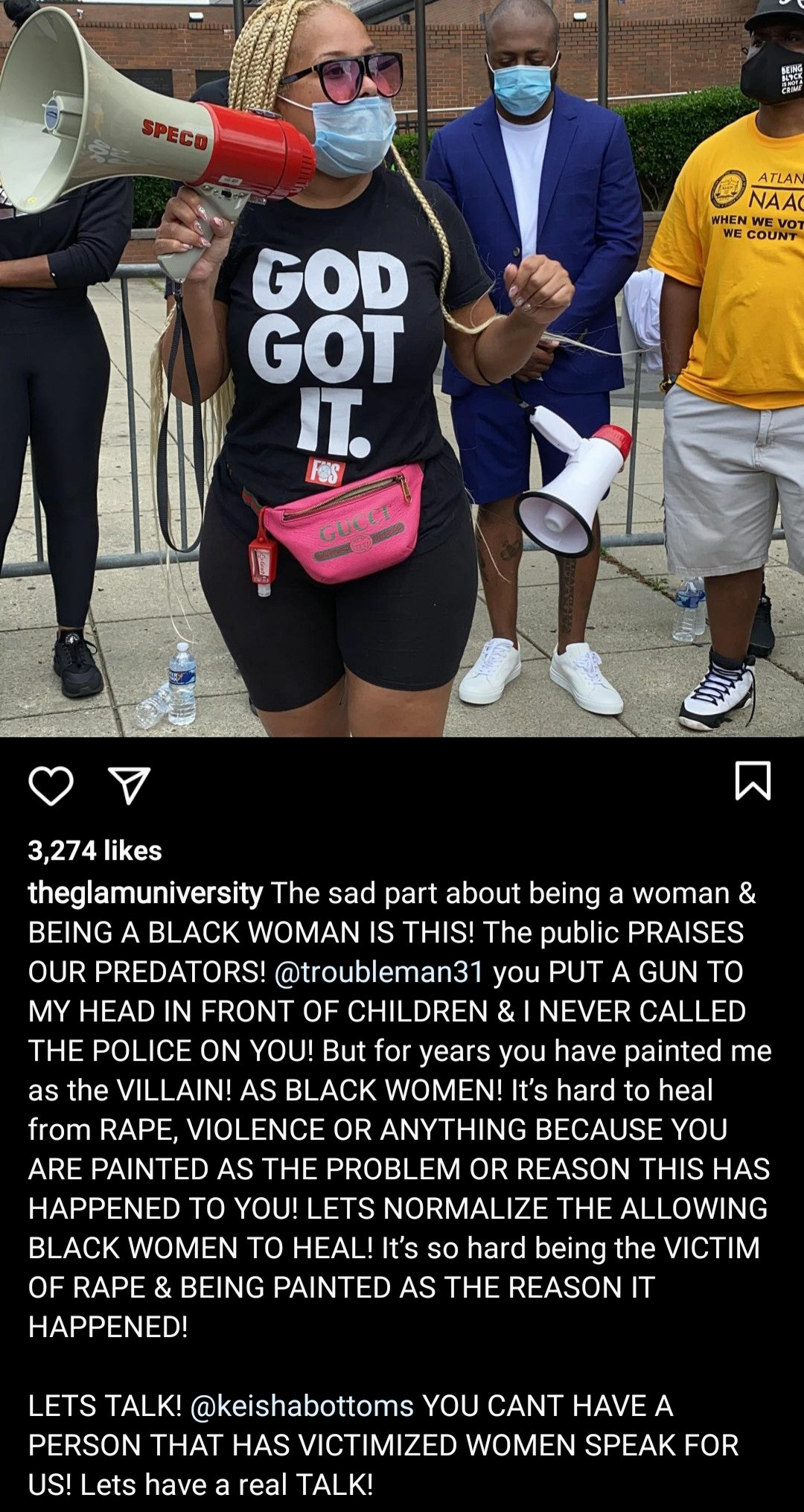 In a follow-up post, Sabrina said T.I. put the gun to her head because she was “beating up” T.I.’s assistant who treated Tiny “like a slave.”

Well, Tiny responded to the allegation by defending her husband.

Tiny responded to Sabrina, writing: “Hold up… So you want your abuser to train your sons? He was just uncle 2 years ago.

“Now when did you say my husband assaulted you? Did you change your mind or change it back? What wit you today Pooh? I’m confused.”

“Everybody know you been special (face slicing seminar lady). Please get help but LEAVE US ALONE.”

And Sabrina hit back, telling Tiny that she won’t sit back and watch her lie. She insisted that she didn’t have a weapon yet T.I. pulled a gun on her.

Sabrina’s post made even more women to come out and claim they were assaulted by T.I. or by friends of T.I. in the presence of the rapper.

The women made their claims during video interviews with Sabrina who shared the videos to her Instagram Stories.

As more women came out, Sabrina took to Instagram to write: “What started off a comment turned into a calling!

“Too many victims to turn my back! I didn’t know how many women he truly hurt & didn’t know what made me finally say something.

“Nonetheless, I’m blessed that I did. THIS IS JUST THE BEGINNING, THIS ISH HAS GOTTEN REALLY REAL.” 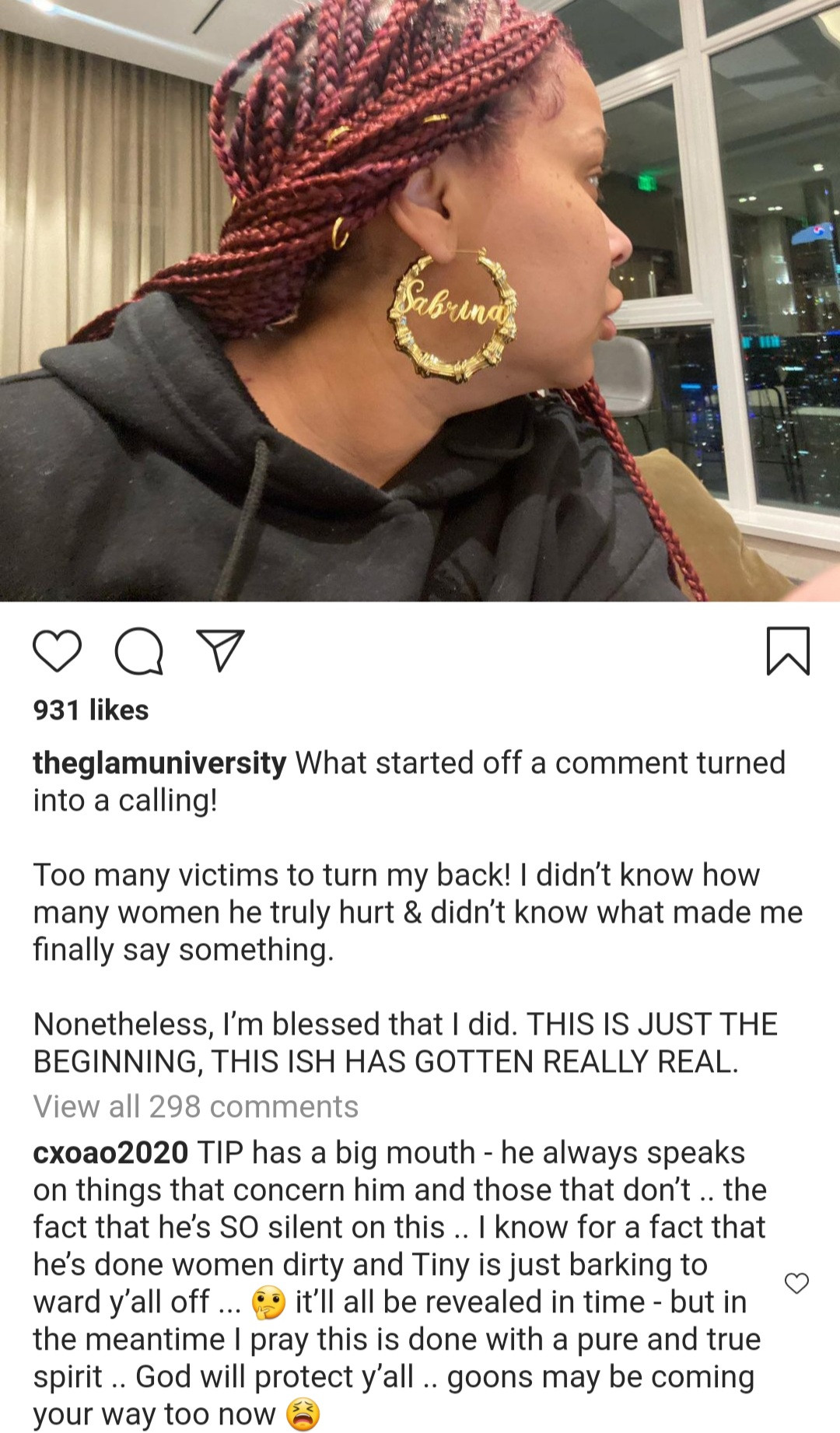 Below is a video of Sabrina insisting that Tiny is lying and T.I. actually put a gun to her head.