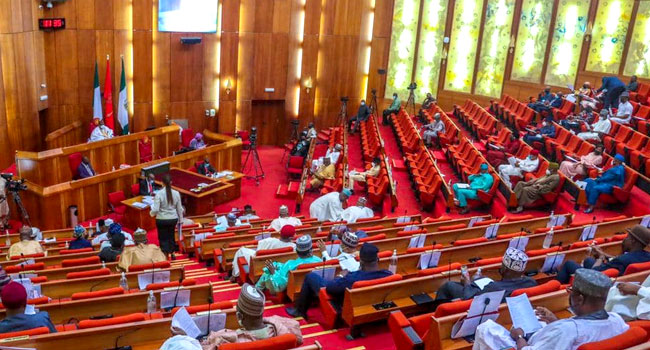 The Senate has once again asked the Central Bank of Nigeria (CBN) to extend the deadline for the stoppage of the use of old naira notes from January 31 till July 31, 2023.

With one week to the deadline for the termination of the use of the old naira notes, federal lawmakers in the Senate said the policy should be extended as banks are still dispensing old naira notes because of insufficient new naira notes.

The lawmakers also lamented the hardship the policy is causing Nigerians as they said there are long queues at banks across the country because people are trying to deposit their old notes and get new ones.

Some legislators also asked the Senate to concur with the House of Representatives which had earlier called for an extension of the policy and compel the CBN Governor, Godwin Emefiele to extend the deadline.

The calls by the legislators coincided with a statement by the CBN governor who on Tuesday at the end of Monetary Policy Committee (MPC) meeting in Abuja said the apex bank’s January 31, 2023 deadline for the validity of the old N200, N500 and N1,000 notes remains.