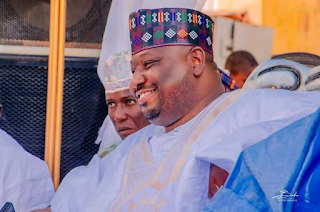 Murtala Dan-Iya, treasurer of the Peoples Democratic Party (PDP) in Sokoto state, has resigned from the party.

In a resignation letter addressed to the PDP chairperson of Magajin Gari B ward of Sokoto north LGA, Dan-Iya said he is resigning from the PDP due to irreconcilable differences.

“The differences include the way and manner the party is carrying out its duties towards the good people of Sokoto State,” he said.

Nwosu, who is an associate of Atiku Abubakar, the presidential candidate of the party, was Nigeria’s former minister of health.

Nwosu had said he was leaving the party because of its inability to adhere to the zoning arrangement in its constitution.

“This resignation for me is a matter of conscience and principle because of the Party’s inability to adhere to the rotation provision in its (PDP) constitution,” Nwosu had said.