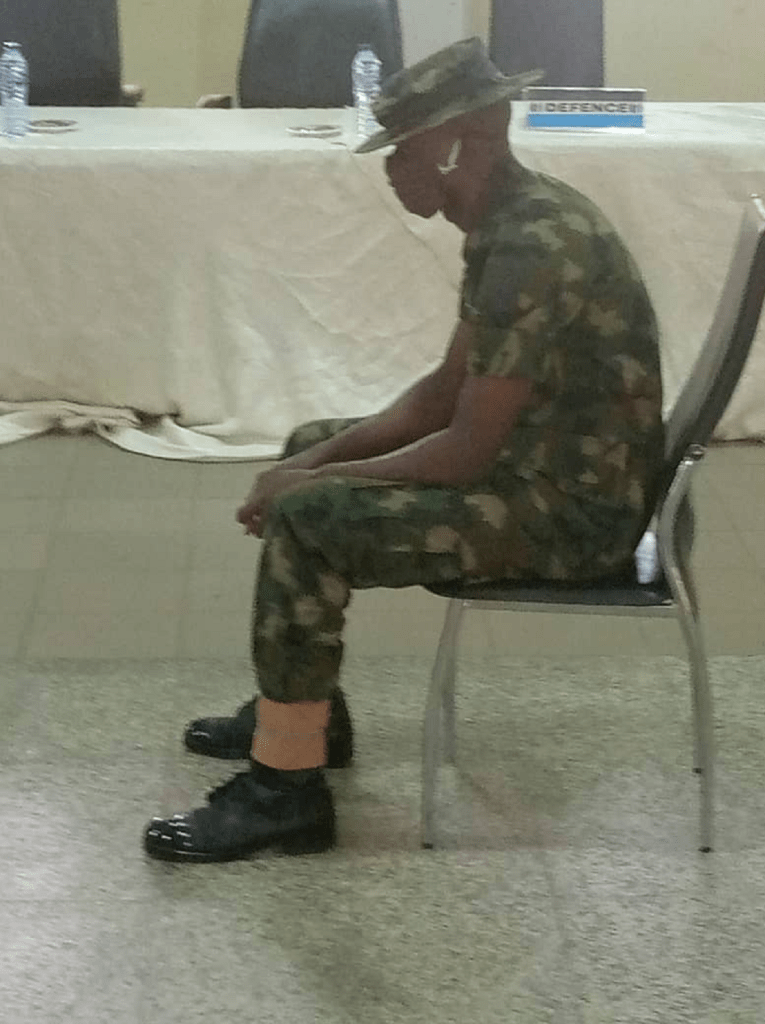 A soldier identified as Lance Corporal Babangida Ibrahim, has been sentenced to 55 years in prison after being found guilty of robbing and killing one Bello Abdullahi Aliyu in Gidan Darib, Anka Local Government Area of Zamfara State on August 11, 2014.  He reportedly broke into Mr Bello's house where he stole a Gionee E3 and a Nokia handset. Ibrahim also dishonestly took the Honda Accord car belonging Mr Bello with registration number TRK 414 AA, containing one Laptop computer and the sum of #6,000, which he subsequently moved to Kaduna where his family resides and was using the car as a personal car before investigators arrested him.  Bello was shot dead with an AK-47 rifle by Ibrahim who was deployed on Operation Mesa to fight banditry in Zamfara State.  The soldier who was arraigned before a General Court Martial which sat at the Command Officers Mess 1, Asokoro, Abuja and presided over by Major General PB Fekrogha, pleaded guilty to the four-count charge preferred against him and was sentenced in line with the provisions of the Armed Forces Act. Major General Priye Fakrougha advocated the need for members of the Armed Forces to adhere strictly to rules and regulations guiding the conduct of military personnel in and out of uniform. He warned that defaulters will be made to take responsibility of their actions.  Fakrougha said;  “Having listened to the plea of litigation of the Defence Counsel and the submission of the Prosecution Counsel, this General Court Martial finds the accused soldier guilty as he earlier pleaded of all the four-count charges. “In this particular case before this court, there is no amount of sentence that will be commensurate to the life that has already been lost.“Therefore, this General Court Martial, having found the accused soldier 2008/NA/61/2672, Lance Corporal Babangida Ibrahim guilty as he earlier pleaded, hereby sentence him as follows:“Count one on culpable homicide not punishable with death contrary to and punishable under Section 224 of the Penal Code CAP P3, Laws of the Federation 2004 be awarded 40 years of imprisonment.“Count two offence of housebreaking contrary to and punishable under Section 110 of the Armed Forces Act is awarded five years imprisonment.” Lance Corporal Ibrahim was sentenced to 40 years in the first count, five years in the second, third and fourth counts. While the second, third and fourth counts are expected to run concurrently, the verdict is subject to ratification by the Nigerian Army Council.  . Soldier sentenced to 55 years in prison for robbing and killing WHO staff in Zamfara Follow Linda Ikeji Blog.