The Nigerian Police Force (NPF) has ordered the arrest and investigation of Rahama Sadau after a complaint was lodged with the police over a series of sexually explicit images of the Prophet Muhammad (PBUH).

According to BBC, police have not been able to arrest Rahama contrary to some media reports, but strong sources indicate that she is trying to organize a team of her lawyers to take her to the police station.

He also spoke to the Inspector General of Police about what has happened in Kano in recent days and in France which he said has already reached the Muslim world. 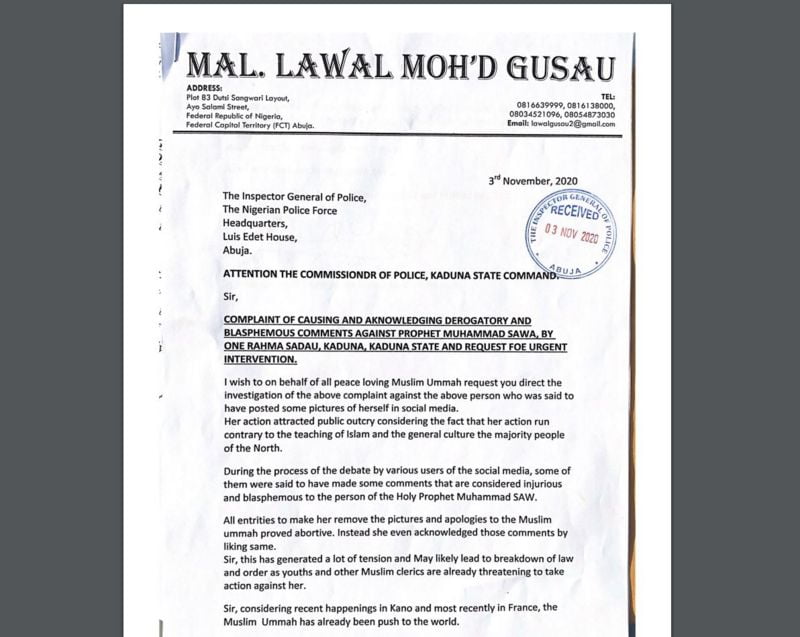 He also urged the inspector general to consider that Nigeria should not be further embroiled in a crisis as it seeks to recover from the unrest caused by ENDSARS.

It seems that the Inspector General of Police (IGP) received the letter from Alhaji Lawal promptly and immediately instructed the Kaduna State Commissioner of Police to take immediate action to ensure that the incident did not lead to any untoward incident. security and civil unrest, according to a letter signed by DCP Idowu Owohunwa. 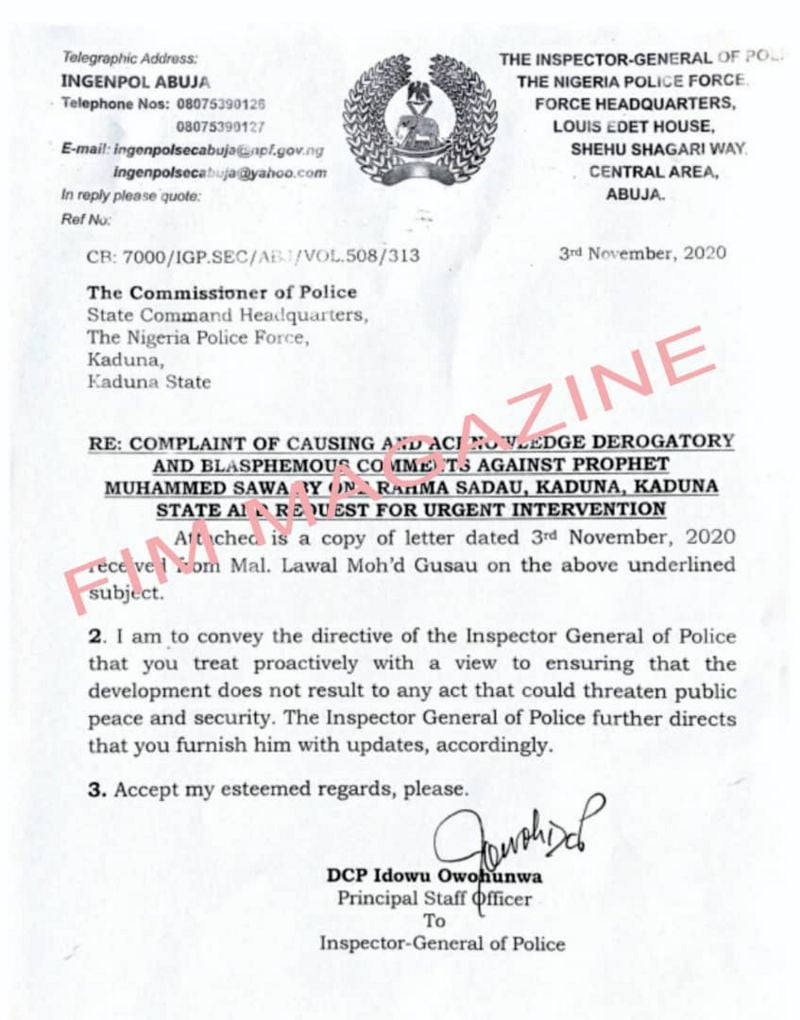 Earlier this week, Rahama Sadau posted a series of photos showing her body, which prompted someone to speak ill of the Prophet (PBUH) at the bottom of her photos.

However, the actress later came out and said that she had never uttered such insulting remarks, she later made a video of herself crying and apologizing to Muslims and everyone who felt offended about her pictures.

Before she apologized, several of her Kannywood colleagues came out and hurled insults at her.