Thousands of people gathered today Friday in Washington D.C, US, demanding for an end to police brutality against blacks and calling for criminal justice reforms. The march titled “Get Your Knee Off Our Necks March” at the Lincoln Memorial was organized by civil rights activist, Reverend Al Sharpton’s National Action Network, Martin Luther King, III's organization, the NAACP, the country’s oldest civil rights organization, as well as the Hispanic Federation, the National Urban League, and other civil rights groups and unions. The march which coincides with the 57th anniversary of the historic March on Washington for Jobs and Freedom during which Martin Luther King Jr. delivered his famous “I Have A Dream” speech, comes after a White police officer in Kenosha, Wisconsin, shot 29-year-old Jacob Blake in the back eight times in front of witnesses, including Blake's own young children resulting in Blake's lower limb paralysis. 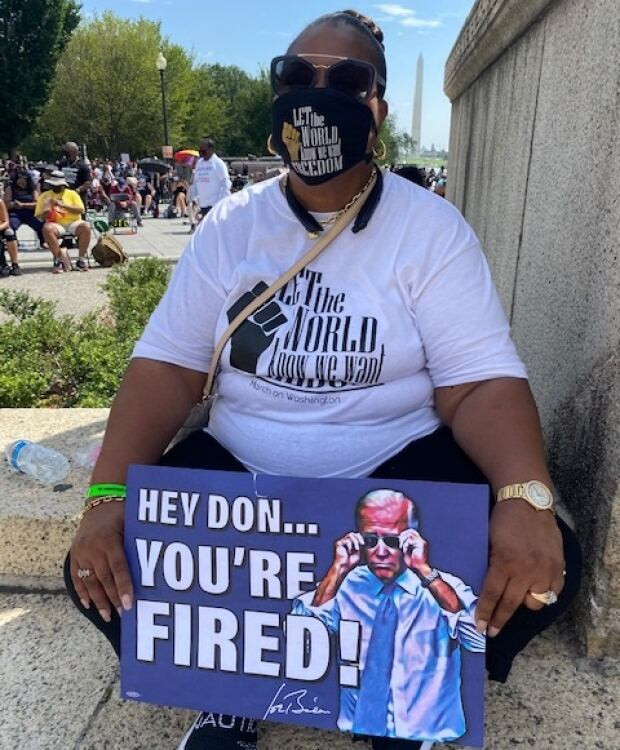 The protest also comes on the heels of several police killings against blacks, most especially George Floyd, an African American man, who died after he was choked while in the custody of a white policeman in Minneapolis. The officer had pinned his knee on the back of Floyd’s neck as he cried repeatedly that he could not breath.More photos below.