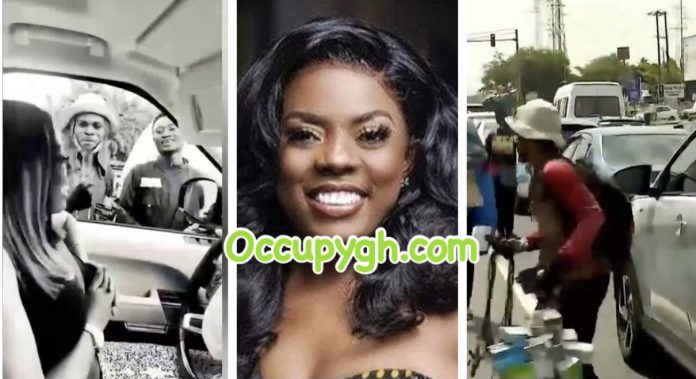 Popular Ghanaian TV personality, Nana Aba Anamoah has shown a great affection to a total stranger who was just her core fan.

A few months ago, a hawker whom the GHOne TV Show host met in traffic expressed his utmost desire to work in the field of Journalism, but couldn’t afford to put himself through school. Nana Aba took it upon herself to take him along with his co-hawker to her house to dine with them. Months later, she posted a video of how she has groomed her into a fine gentleman fit for the screen.

Kofi Beng who is popularly known as ‘Ɛbɛtɔ Daa’ now gets to host his own comedy show on Agoo TV dubbed ‘Ahosɛpɛ mmrɛ.’