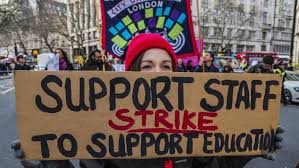 Lifestyle Nigeria gathered that The largest strike in decades, according to the University and College Union (UCU), the UK trade union for university personnel, is being held to raise standards in the educational field.

“This is the biggest week in our history. Every single university takes strike action on Thursday and Friday. We need every member, student and supporter on our picket lines on Thursday to show the employers that this time is different,” the union said in a statement.

Announcing the strike on Wednesday, Jo Grady, UCU’s general secretary, warned of a “bigger action” unless employers improved their offers. 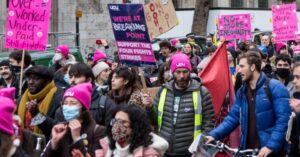 Staff are burnt out but they are fighting back and they will bring the whole sector to a standstill,” she said.

“Vice-chancellors only have themselves to blame. Their woeful leadership has led to the biggest vote for strike action ever in our sector. Students are standing with staff because they know this can’t go on.” 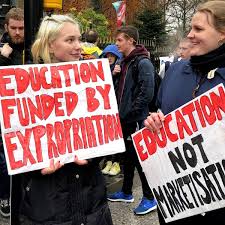 The Thursday-starting strike will continue on November 25 and November 30, as well.

On Thursday, Grady commented on the situation and expressed his appreciation with the attendance of university workers. 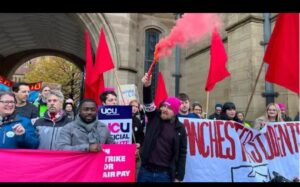 “Today’s picket lines are huge. 70,000 university staff have turned out like never before, defying bullying tactics from management to show they will no longer accept falling pay, pension cuts, brutal workloads and gig-economy working conditions,” Grady was quoted as saying according to UCL.

“If vice-chancellors doubted the determination of university staff to save our sector, then today has been a rude awakening for them.”
Lawyers, nurses, postal workers, and many other professions have all demonstrated in favor of pay increases that keep pace with the nation’s skyrocketing inflation.

The most recent walkouts follow the UK’s National Union of Train, Maritime and Transport Employees’ announcement on Tuesday that more than 40,000 rail workers will stage strikes in December and January, causing travel disruptions for a large number of passengers throughout the holiday season.

According to the union, members will demonstrate for four days starting on December 13 and continuing through the first week of January.

The UK has been dealing with challenging economic conditions as a result of rising energy costs brought on by the Russia-Ukraine conflict.

The Bank of England issued a warning earlier in August that inflation will increase to just over 13 percent in 2022.
Additionally, it predicted that a recession will hit the nation between the fourth quarter of 2022 and the end of 2023.

The nation’s inflation rate increased by 1% from August’s rate to 11.1 percent in October, representing a 12-month high.