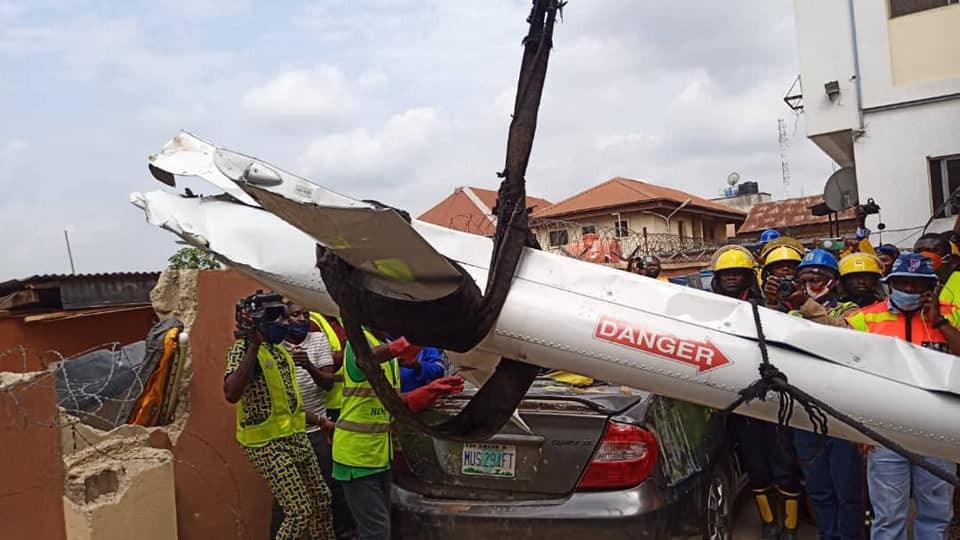 The third crew member in the helicopter that crashed into a building at Opebi, Lagos State today August 28, has died. A Bell 206-3 helicopter with registration number 5N-BQW belonging to Quorum Aviation crashed into a wall between two buildings at 16 A Salvation Road, Opebi, Ikeja this afternoon. A statement from the company said all three occupants were crew members who flew in from Port Harcourt. Two of the crew members died at the scene of the incident while the third one survived and was rushed to the Intensive Care Unit of the Lagos State University Teaching Hospital LASUTH. Sadly, he lost his life, bring the total number of casualties to three.   . Update: Third victim of Lagos helicopter crash has died Follow Linda Ikeji Blog.