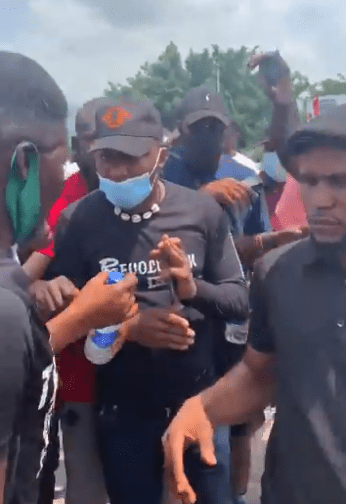 The protesters could be heard telling him to leave that they do not want him here and that he can support on social media.

“Sowore go, We don’t want you here, support us from Twitter” they said.

#Breaking: @YeleSowore is at the protest ground again and the youths are demanding that he leaves. #AbujaProtests #EndPoliceBrutalityinNigeria #EndSWAT #EndSARS pic.twitter.com/msw2sxxd1i

Recall that the Sahara Reporters publisher, said some individuals have made billions of naira from the negotiations to put an end to the nationwide protests.