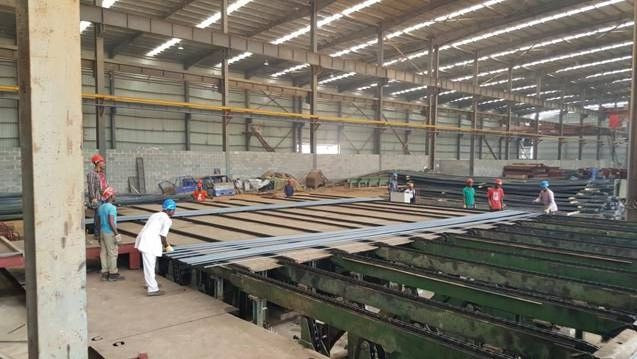 The Inner Galaxy Steel Company Limited has refuted allegations of running a “modern day slave camp” in its facility at Umuahala, Obuzor Asa, Ukwa West LGA, Abia State. The company has gone ahead to produce a series of documentary evidence by way of photographs and archive materials dating back to its first year of operations in 2015, showing its culture of maintaining a healthy atmosphere for staff who are mostly Nigerian citizens.The company last week had come under heavy attacks on social media for what a particular social media account holder termed unfair labour practices and unhealthy environment. The individual who operated under a pseudo name also displayed a photograph of someone he claimed was a staff of the company whose back was lacerated from strokes of the cain. But Inner Galaxy pointed out that there is no such a person in the company and that the individual who claimed he was an investigative journalist was actually a paid agent. The company then challenged the individual to say what media house he works for. 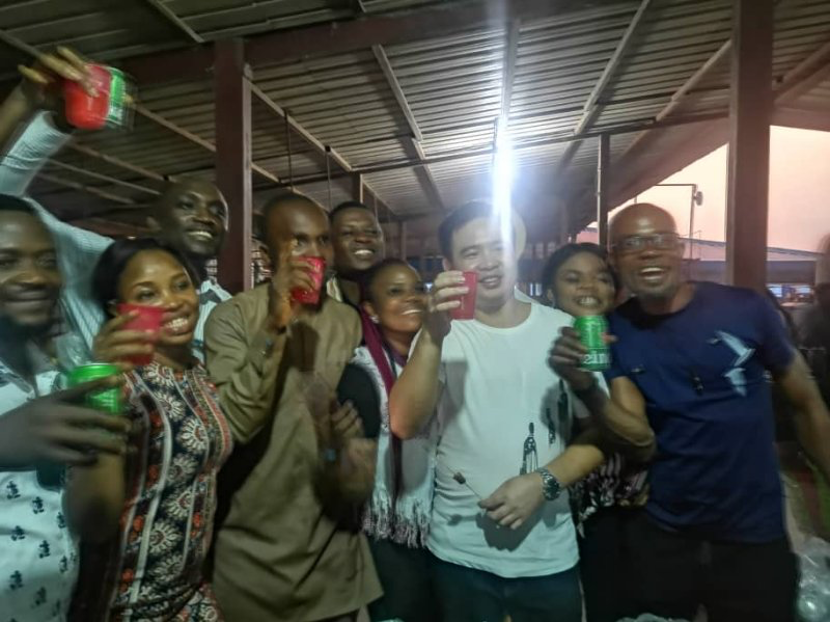 In a statement signed by Mr. Nnamdi Nwokocha-Ahaaiwe, chief counsel to Inner Galaxy Steel Company, the company, which is a leading manufacturer of steel, iron and allied products, described the allegations as “a deliberate fabrication, mischaracterisation and misinformation concocted by the operator of the said Twitter handle at the instance of those who engaged him for the hatchet job.”According to him, “it is instructive that the faceless operator behind the Twitter handle, @Truthfully83 stated clearly in his reference post that it is “IN THE LAST 3 MONTHS AND COUNTING” that the alleged hostage imprisonment of workers arose. There is no allegation that any such situation has existed in the previous years of the existence and operations of the company.“The critical question which any unbiased, open minded, truth-seeking person should ask therefore is: what happened in this LAST THREE MONTHS AND COUNTING from the 12th day of August 2020, that led to the alleged “hostage imprisonment of workers”?”The true facts as explained by the company are that “with the onset of the Covid-19 pandemic worldwide, individuals and companies were confronted with a situation of unprecedented crises the likes of which had not been witnessed by most people alive today and which no one predicted or planned for.“Companies were confronted with so many issues for which difficult decisions had to be made. With respect to the specific matter in issue, our clients had to determine what to do in respect of about forty percent (40%) of their workforce who live and come to work from Obigbo and environs in Rivers State, which is about ten minutes’ drive from the Company’s premises.“This was because the Rivers State Government had announced that it was going to completely lock and seal its borders with its neighbuoring States, of which Abia State is one. This meant that those employees of our clients who live and come to work from Obigbo and environs will be unable to come to work for a period which it was difficult to determine as no one knew when the pandemic would be over.“At the same time most States in the country, including Abia State, announced lockdowns and curfews such that even intra-state movement became cumbersome.”According to the statement, it also became clear that for a long period which would be difficult to determine, our clients will be unable to operate at full capacity, rendering many workers redundant. This is because, the main input of production of our clients is scrap iron and the suppliers send trucks/trailers of the materials from all corners of the Federation, ranging from far-flung locations like Sokoto, Maiduguri, Lagos, etc.“All intra State borders were to be closed and only vehicles bearing food, medicines and other essential items were authorized to operate; scrap irons and other raw materials of our clients was not one of the items excluded from the ban on inter-state movement. Even distributors would find it difficult to come and evacuate their goods. The entire production process and business of the company was to be severely impacted negatively, one way or the other. 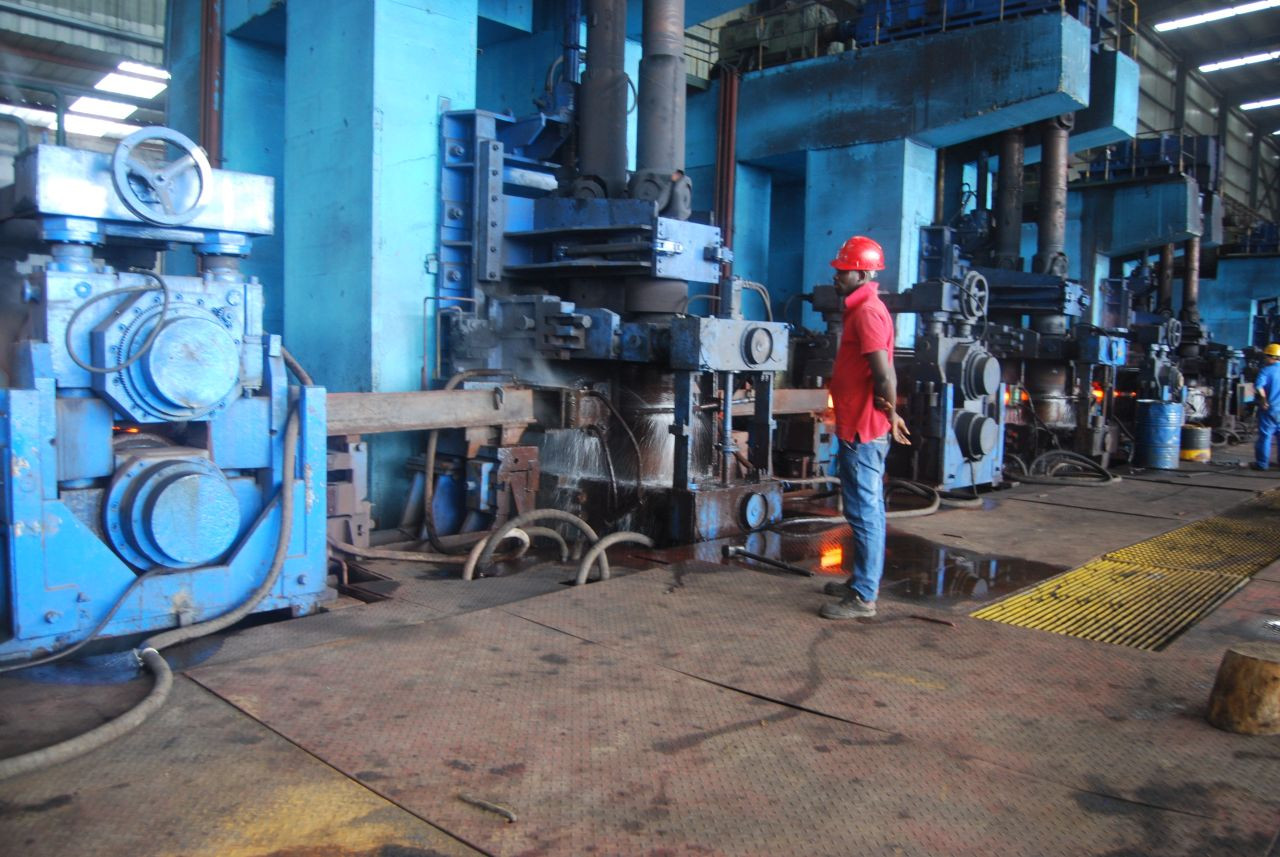 It stated that a different conundrum presented itself. “At the time this pandemic crisis began, many factories/plants in Europe and the Americas were being completely shut down because they had become “super-spreaders” and hotspots of Covid-19. The environment and conditions prevalent in big factories and plants such as those operated by our clients are such that if very strict safety protocols are not implemented, it takes only for one employee to bring the Covid-19 virus to the plant from home, and it will quickly spread among workers in the factory/plant until it becomes uncontrollable.“In one Company in Sagamu, Ogun State, (which was widely reported), about 107 employees contracted the Covid-19 virus within the factory premises, within a forty-eight (48) hour period and the company was shut down by the Authorities.”To ensure that there was no spread of coronavirus in the company, Inner Galaxy immediately instituted very strict and rigorous Covid-19 protocols, providing one mask every day for each worker and making provisions for over 55 hand-washing/sanitizing stations all over the premises.The problem was that there was no way of controlling and guaranteeing that when the workers return to their homes, they would be able to keep to the same rigorous safety measures/protocols being implemented within the factory complex.It was because of this that the management of the company “called a meeting of all the workers and made it clear that by virtue of the foregoing factors/considerations outlined above, those of them who wished to continue working during the indeterminate period of the pandemic, will have to be housed within the company premises as they may not be able to get to work from their homes once the full lock down, curfews and other measures came into full implementation.“The issue of the Company management being unable to ensure compliance with full Covid-19 safety protocols while workers were in their individual homes was also highlighted. The company made an offer: those who agree to stay within the company premises until the pandemic is over and restrictions in movement relaxed will be housed in temporarily, hastily erected accommodation as such did not exist prior to this time. Those who could not stay, either because they have families they could not abandon in the middle of a pandemic, particularly when no one could predict how long it would last or for other reasons will be furloughed to be reabsorbed once the crisis was over or abates and things return to normal.According to him, those who stayed were being fed twice daily, paid their full salaries, plus bonuses; while those who chose to go and stay with their families were still being paid monthly allowances of N15,000 (Fifteen Thousand Naira), pending when they would choose to come back to work.He said that Inner Galaxy prides itself as one of the best paying companies in their sector and remains committed to improved staff welfare, friendly relations with the host community and well as a responsible corporate citizen.. We Run A Staff-Friendly Organization Inner Galaxy Steel Follow Linda Ikeji Blog.