Nigerian TV host and filmmaker, Frank Edoho has lambasted the vice president of Nigeria, Professor Osinbajo following his remarks on the Lekki shootings that left many injured. 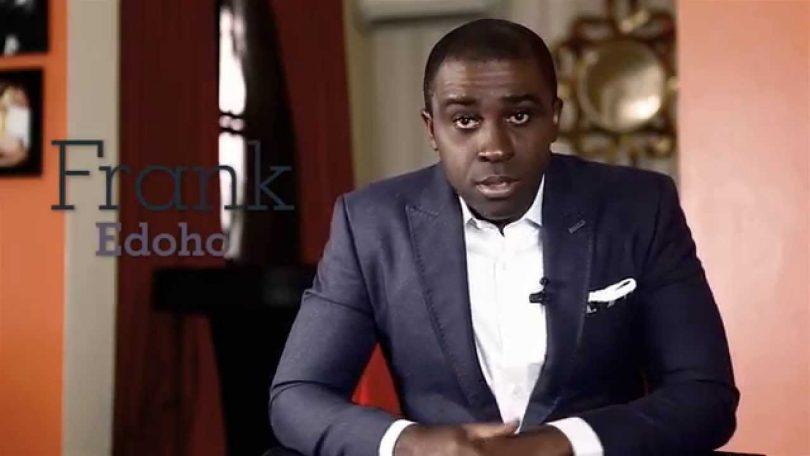 The vice president had in a statement commiserated with the victims of the Lekki massacre that took place on the night of Tuesday.

Yemi Osinbajo wrote, “My heart goes out to all the victims of the Lekki shootings, and also the policemen and all other men and women who lost their lives in the past few days in different parts of Lagos & other states.” 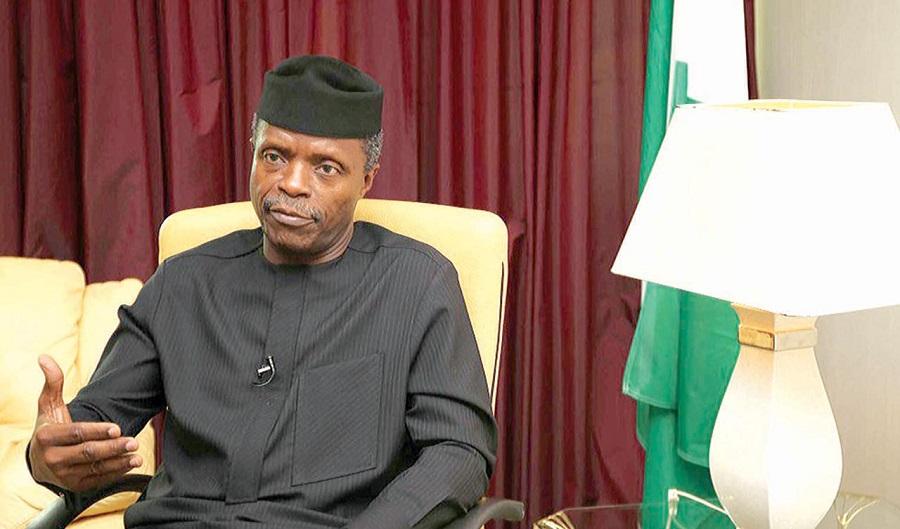 In reaction to the vice president’s remarks, the ‘Who wants to be a millionaire’ show host slammed Osinbajo for his silence on the protest until the massacre.

“You are one of the true disappointments we have seen this year.” 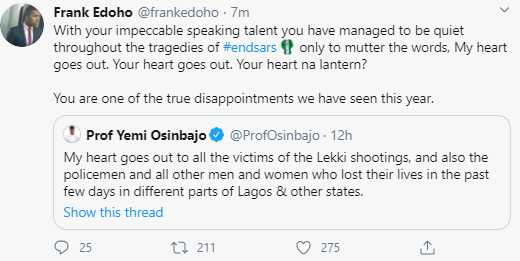 Video: “My Soft Bortors Is Not Free, You Must Pay To Chop” – Hajia Bintu Tells GH Guys
Naomi Campbell Replies Davido’s Manager, Asa Asika After He Called Her Culture Vulture
To Top
X