Singer and DMW boss Davido has assured a troll of passing down his generational poverty to his child. 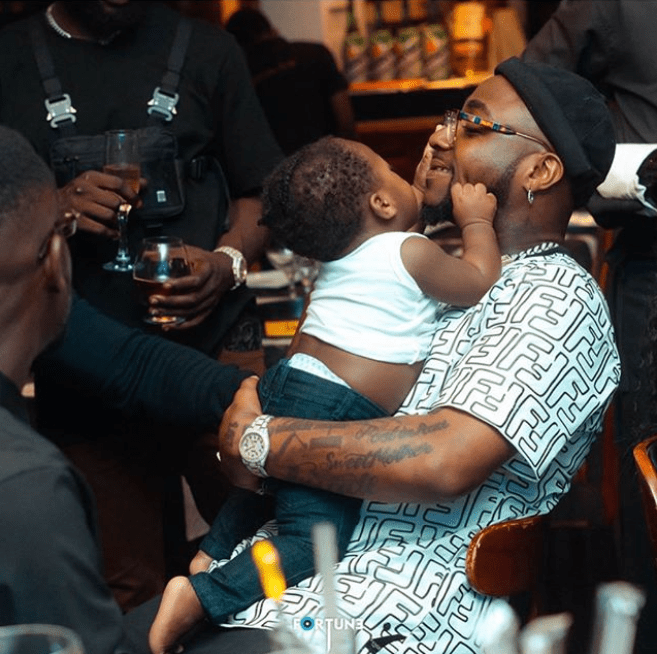 The father of 3 shared an adorable photo with his son Ifeanyi Adeleke on Instagram, and an Instagram user trolled the child.

Davido who wasn’t having an insult on his child replied saying; “Ur own pikin go be future broke boi”

The music star welcomed his first son Ifeanyi on October 20th, last year. Since then, himself and his fiancee, Chioma, have been keeping the child’s face away from social media for personal reasons.

“You Were Cuddling With Your Husband, Or It Was Not Your Duty” Fan Trolls Regina Daniels In New Photo
Van De Beek Slams Man United Teammates Over 3-1 Loss To Crystal Palace
To Top
X